Home
Humanity
Abusive Father Completely Destroyed Her Little Brother’s Life, And Here’s What She Did About It…

Here is one of the most heartbreaking stories you will ever read.  A story that is all about  the love of siblings, despite having an abusive father. This is their journey, what happened along the way, and the outcome.  All written by Quentin’s big sister:

“9 years ago, I met my biological father, and I found out that I had little brothers. 3 days after meeting them, our father asked if they could come live with me, while he worked overseas. This was our first night together, they were 6 and 7 years old at the time. I was 19. Because of the fact that I only met them 3 days before I became responsible for them- the love I have for them is less like a sister, and more like a parent. This is Quinten. He was 7 when he came to live with me. Quinten was born with a very rare chromosomal abnormality (Ring 9 Chromosome) that rendered him unable to walk, talk, or care for himself. 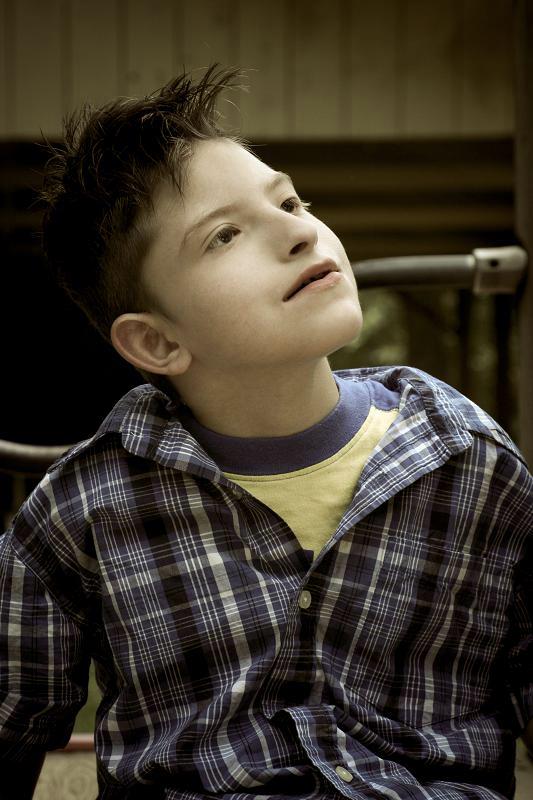 He was the happiest little guy, though. He would laugh and giggle at anything. He loved music, and water, to be held and snuggled, and twirled around. He liked to be treated like a BOY, not like a fragile baby- and he WASN’T sick, or fragile- there were just some common sense things that we had to pay attention to. He never, EVER cried, unless he was faking it to get more snacks. 🙂 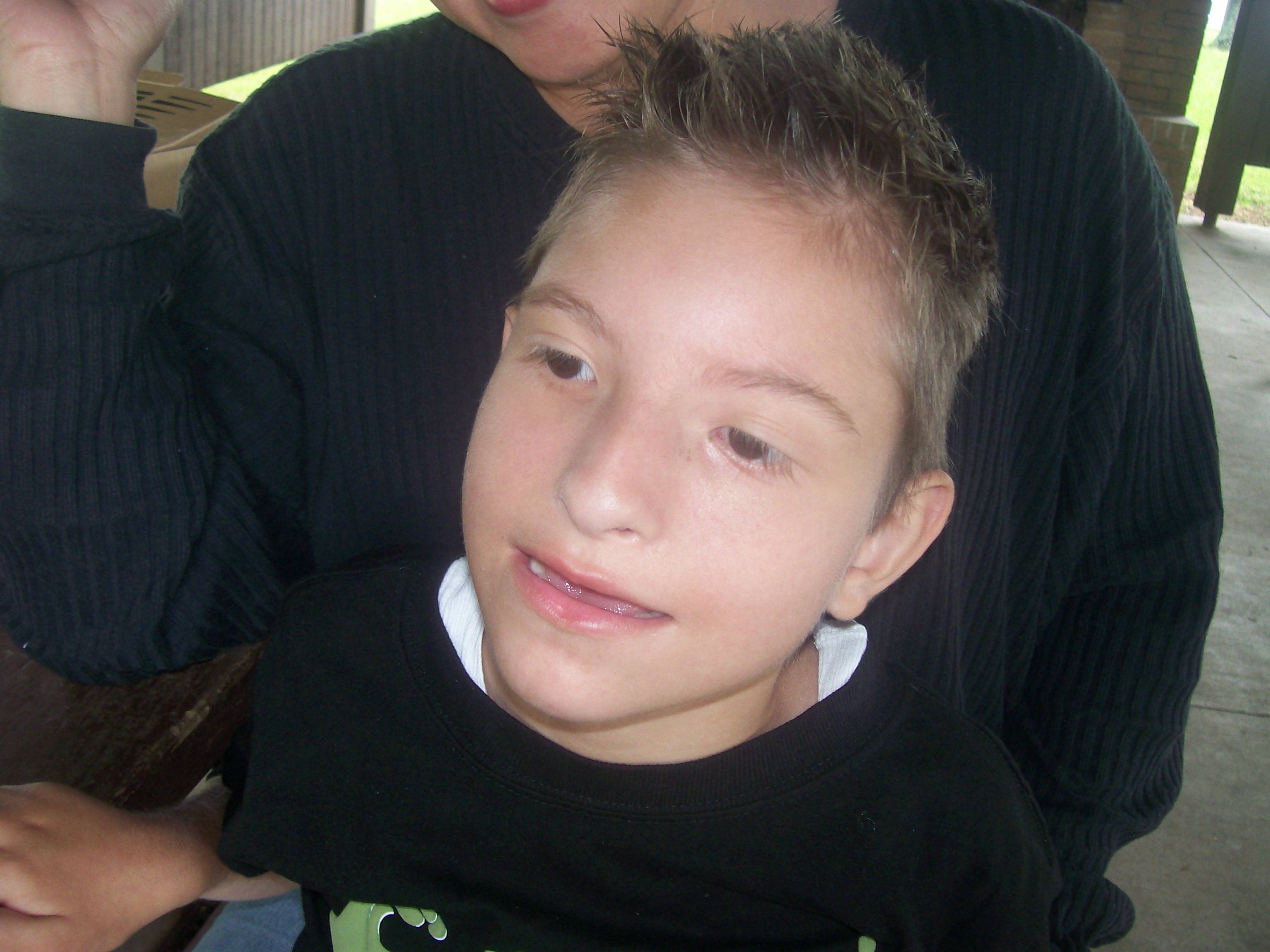 Anywhere Quinten went, Cameron went too. Despite being the younger brother, Cameron was Quinten’s bodyguard. He fought for him, he told him his secrets, he snuggled him when he wasn’t feeling well. When he was in first grade, I actually had to home school him, because he couldn’t function in public school- he was too worried about where Quinten was, and if he was ok. This is Quinten on his birthday- I’d given him white cake, trying to avoid a mess- but he decided he wanted chocolate! So he reached across the table, pulled the cake to him, and dug in! That’s how Quinten was around food- you’d think it would be out of reach, but then he’d have it in his mouth as soon as you turned around. 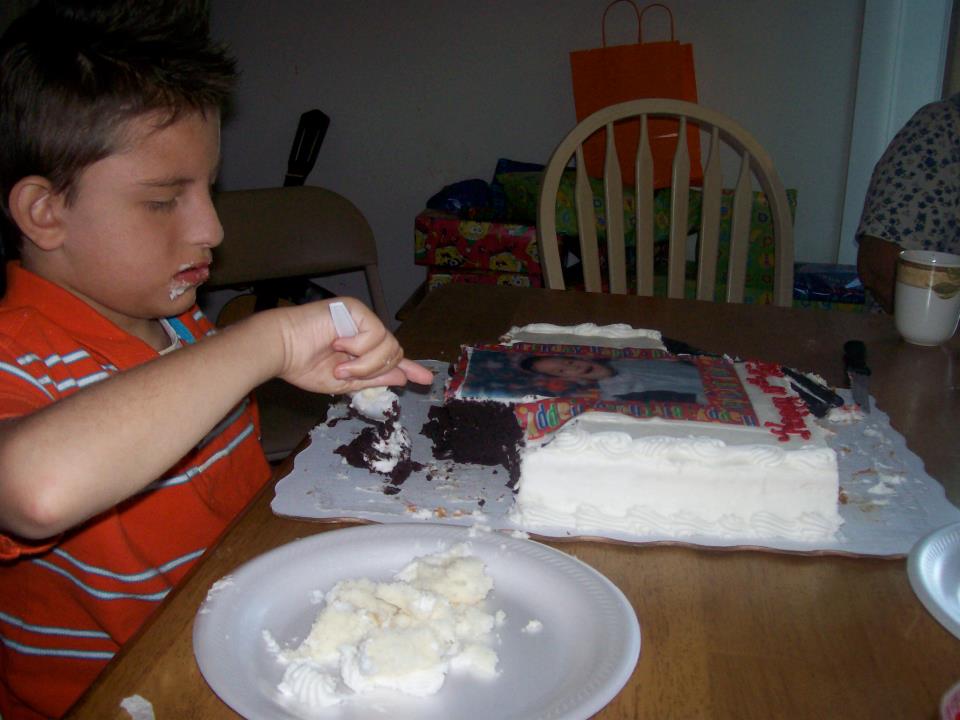 After almost 4 years of caring for them, I reached a point where I could no longer, emotionally or financially do it anymore. Our father was sending money, but I still had to work. Finding an affordable daycare for the two of them was next to impossible, and Cameron was reaching the age where he needed his Daddy. So I asked our father to return to the States and get them. This is me telling them goodbye at the airport. Sometimes I feel like this was the last day that I was alive 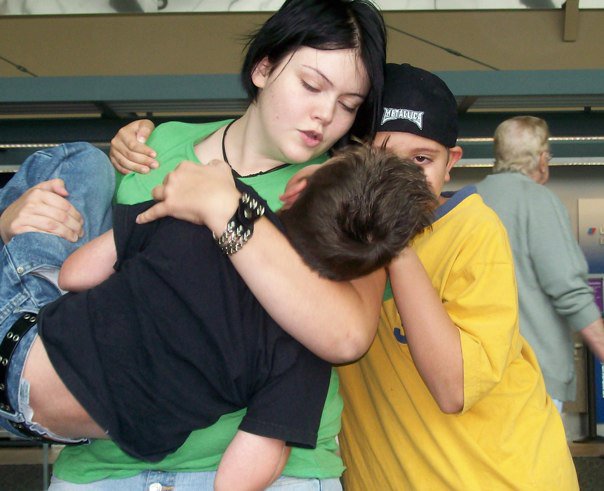 After 2 years overseas with the boys, our father returned back to the states to live. I was ecstatic. They were only 4 hours away, and I would visit as often as I could. They were 12 and 13. As time passed though, I started noticing that Quinten was looking very pale, very thin…and he wasn’t happy anymore. 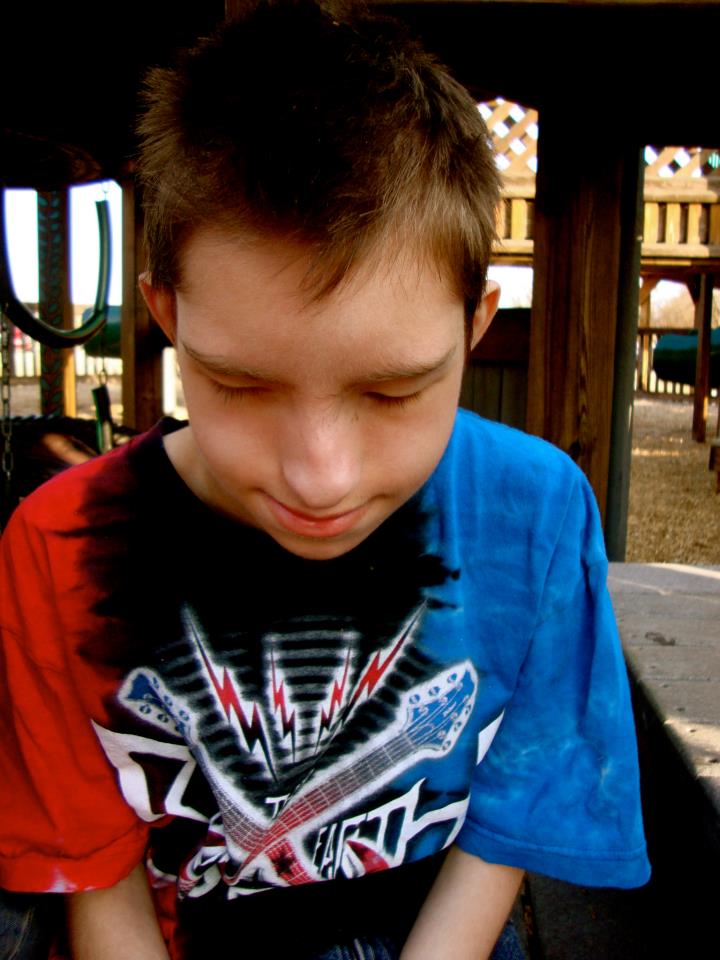 I tried coming to town more often- every time I came there was no food in the fridge, the house was filthy, and everyone was so…sad. I would buy groceries, and spend my entire visit cleaning- and it would be right back the way it was before the next time I came down. The boys kept on getting sick- colds that never went away, but our father never took them to the doctor. I realized that our father had stopped taking care of the kids- Cameron, who was 14 by then, was bearing the brunt of the burden- cooking, taking care of Quinten and himself- everything from bathing, to diapering. Our father was also physically and emotionally abusing Cameron. After coming to this realization, I did one of the hardest things I’ve ever done, up until that point- On December 17, 2012, I turned my father in for child abuse.