Home
Humanity
When A Stranger Grabbed His Hand On The Bus, His Response Shocked Other Passengers…

Godfrey Cutto is a regular 21-year-old man who just hopped on the bus on a normal afternoon.  He was headed home after grabbing a bite to eat. When he made his way to his seat, a man asked to shake his hand.

Even though he was surprised, Godfrey obliged… however, the man kept holding on. “He kept holding my hand,” Godfrey said. “I thought I was getting pranked at first, but he just needed comfort.” It turns out the man, named Robert, had special needs. 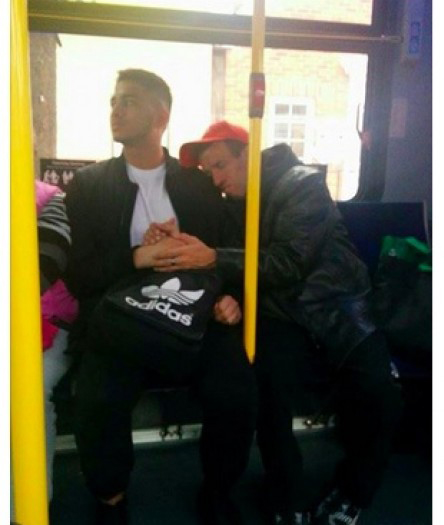 Robert held Godfrey’s hand tight throughout the bus ride while hugging and leaning on him.

“I just allowed it, like what am I going to do? Sometimes you just have to be selfless and put someone else’s needs above yours.” Godfrey stayed on the bus with his new friend Robert until the last stop.

Another passenger snapped a photo, and it went viral on Facebook. Soon after, a family member of the man saw it and contacted Godfrey to thank him for the kind gesture. The family member explained that Robert sufferers from cerebral palsy and deafness. He said Robert was likely afraid of the unfamiliar setting and simply needed someone to comfort him.