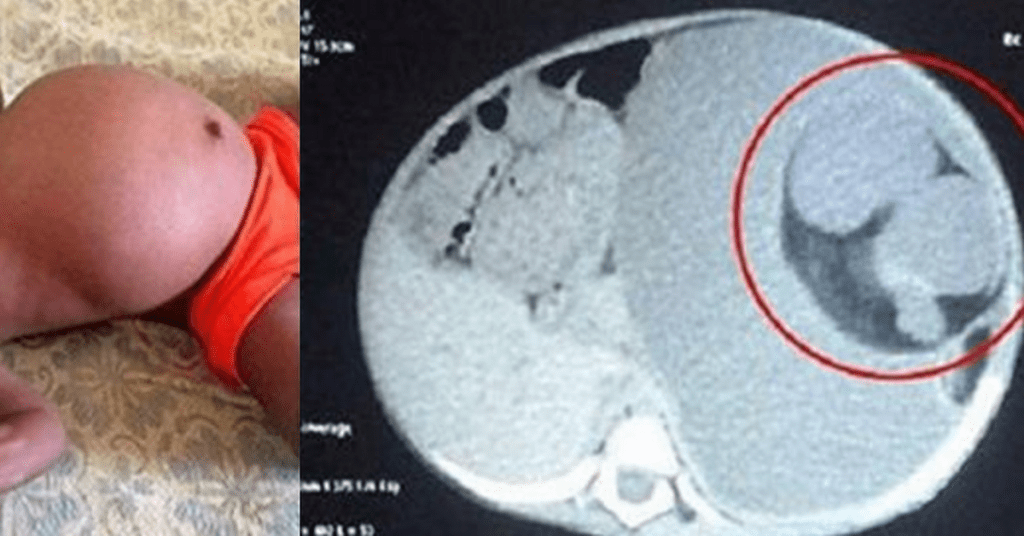 We’re not sure what’s in the water in India, but it’s a country that definitely has more than its fair share of bizarre medical phenomena among its citizens.

Take, for example, the recent story of a baby who was born with what was described as a “parasitic twin” growing inside her baby belly.

Apparently the toddler, only 15 months old, was the victim of a highly unusual syndrome called “fetus-in-fetu.” If you are not familiar with this condition, it simply means the baby is having a baby. Not surprisingly, the parents of the girl, whose name is Nisha, weren’t immediately tuned in to what was happening. Nor, at first, was her medical team.

“. . . it was only when I removed the structure, could I confirm that it was a fetus. Though it has some bones, a pathology study is what can reveal the organs formed so far,” Vijayagiri told the Times of India.

This was no simple surgical procedure. One of Nisha’s kidneys had become entangled with the growth, and because vital blood supply surrounded the area, it made for an extra-risky surgical situation.

Ultimately, Dr. Vijayagiri had to reposition Nisha’s organs once he was able to extricate the fetus inside of her.