Home
Animals
They Are Worried When They Spot A Cat In The Bear Enclosure. What They Witness Is Unbelievable…

The laws of nature are often unkind when tiny animals come across larger, fiercer creatures. When an apex predator discovers a defenseless, weaker prey in the wild, the hierarchy of the food chain comes into play, and the results are far from pretty.

But someone forgot to tell this to Mäuschen, an 800-pound Asiatic bear, and her adorable house cat friend, Muschi.

In 2000, employees at the Berlin Zoo noticed that a mysterious house cat started to appear around Mäuschen’s enclosure. 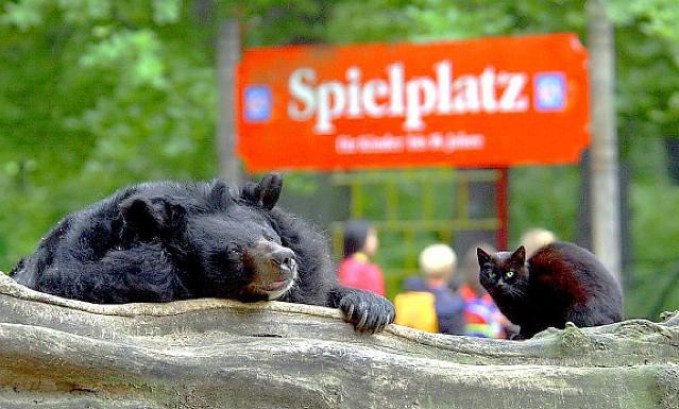 Instead of harming the little kitty, Mäuschen was thrilled to have a new pal. 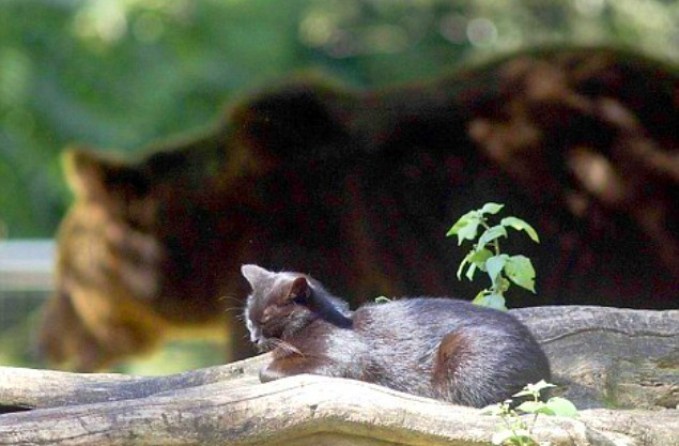 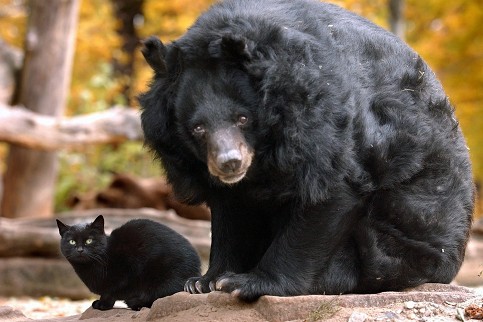 In 2007, Muschi and Mäuschen were kept apart while the bear’s enclosure was expanded. 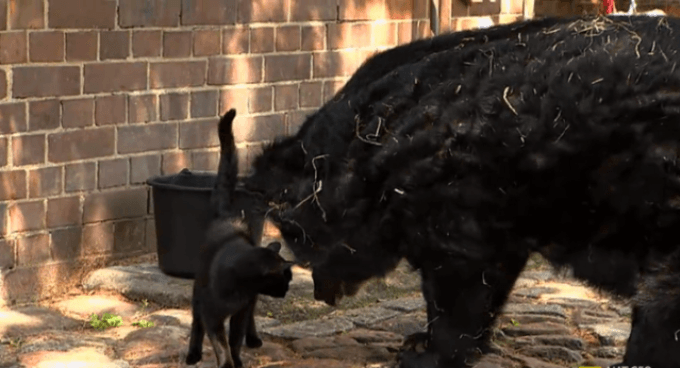 Muschi was so upset that she would sit outside of her friend’s temporary cage and cry. 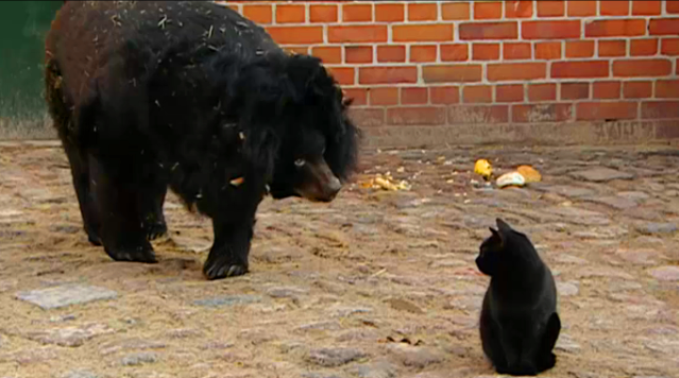 After that, the two were never apart again. 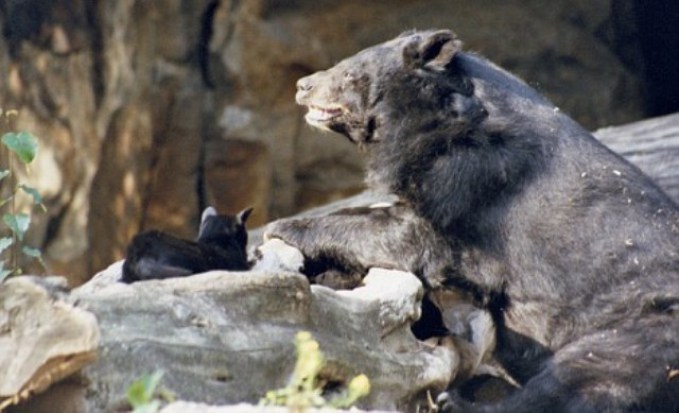 When they were reunited, they greeted each other with hugs and lots of love. 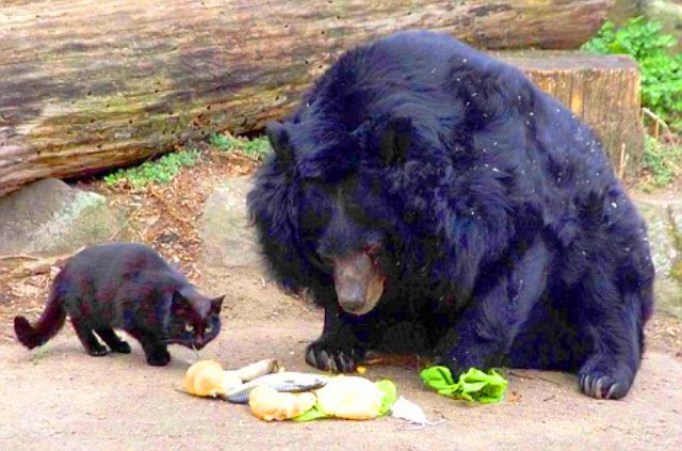 It is still unknown where Muschi came from or why she was so drawn to Mäuschen, but their incredible friendship is undeniable. 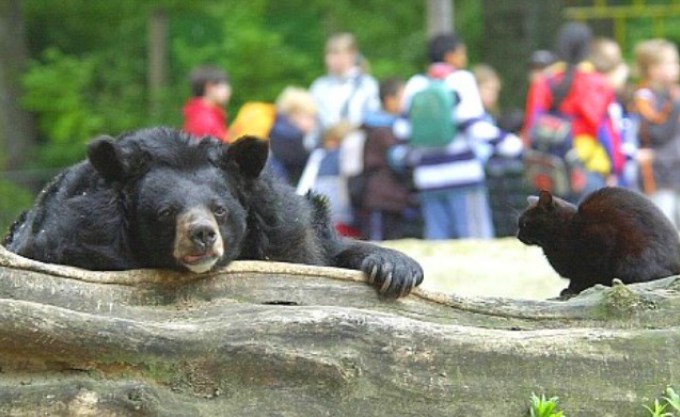 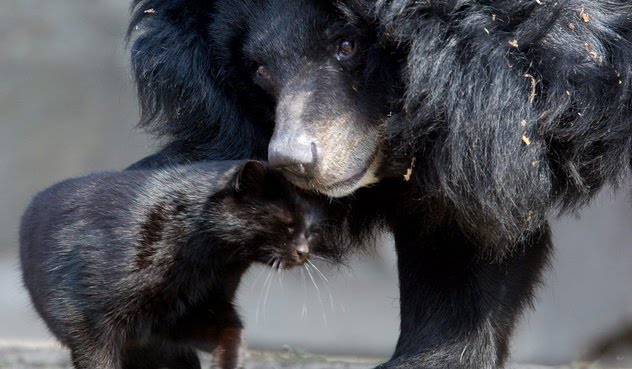 It’s incredible to witness just how two completely different creatures can make such a connection. Mäuschen and Muschi are best friends for life.