The Bermuda Triangle, is known as a place where hundreds of aircraft and ships are said to have disappeared under unexplained circumstances.  The mystery behind that may have finally been solved — at least that’s what a Science Channel show claims. 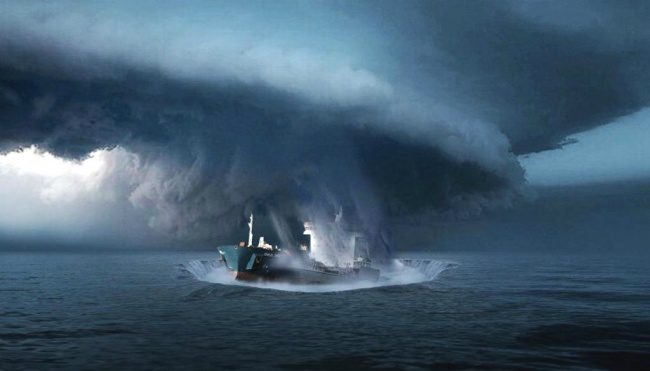 A team of American scientists from the University of Colorado analyzed satellite weather images of this notorious part of the ocean and noticed a series of unusual hexagonal clouds on them. The meteorologists theorized that these clouds may act as real “air bombs.“

They believe they are the main cause of the deadly blasts of air which can easily exceed 170 miles per hour. The hurricane-force winds literally ”blow up” the air and can generate waves of more than 45 feet in height. 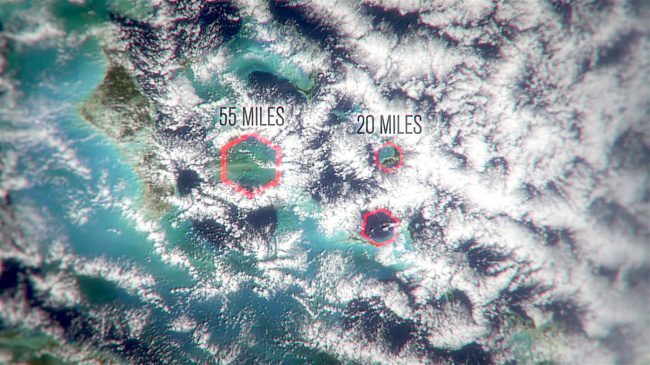 No ship is able to survive such a storm, and no aircraft is able to withstand such a wind.

Clouds don’t typically form straight edges, however, judging by the satellite images, the Bermuda Triangle is an exception to this rule. The announcement of this theory has motivated a lot of further research. Scientists from all over the globe are trying to figure out what the reasons are for such anomalies. 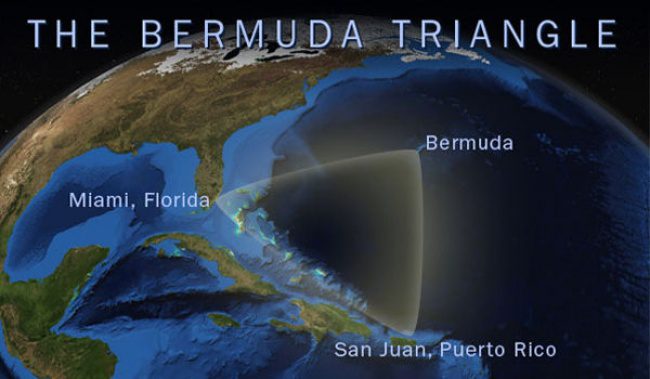 Bermuda Triangle is a large area of the Atlantic Ocean between Florida, Puerto Rico, and Bermuda. This region is notorious for its mysterious phenomena. Reports go back to 1945 when five American torpedo bombers and a plane vanished without a trace. Since that day, another 75 aircraft and several hundred ships have been lost. The latest tragedy happened in 2015 when the cargo ship “El Faro” disappeared in this region.