Home
Art
&
Entertainment
You Will Be Speechless When You Find Out Who This Handsome, Clean-Cut Airman Turned Out To Be…

If there’s one thing that will never cease to please, it’s old photos of celebrities before they were famous. The things one can learn from an old photo are quite surprising. After all, these are images of someone before their public personas were cemented into place. One particularly interesting type of pre-fame imagery is the military photo. From Bea Arthur, to Willie Nelson, to Star Wars’ Adam Driver, there are a ton of celebrities who followed a different calling before going on to fame.

One of the most surprising might just be Bob Ross, soft-spoken painting instructor and host of The Joy of Painting on PBS. For a little over a decade, the frizzy-haired artist worked his magic on the canvas, while inspiring his audiences to create without fear of making mistakes, or as he liked to call them, “happy little accidents.” He even imparted the sheer pleasure of cleaning your brush.

Would you believe that Bob owed his success in painting and his well-loved personality to his time in the Air Force? It’s true! He learned his unusual, “wet-on-wet” painting technique in order to be able to quickly create paintings during short breaks while on duty. Using only a few simple brushes and tools, Bob realized that his methods would be great for any aspiring amateur since they didn’t require a lot of fancy equipment. He even did an episode using only greyscale paint “colors” for a colorblind fan, to make the show more accessible.

What about that personality of his? How does that relate to his time as a first sergeant? 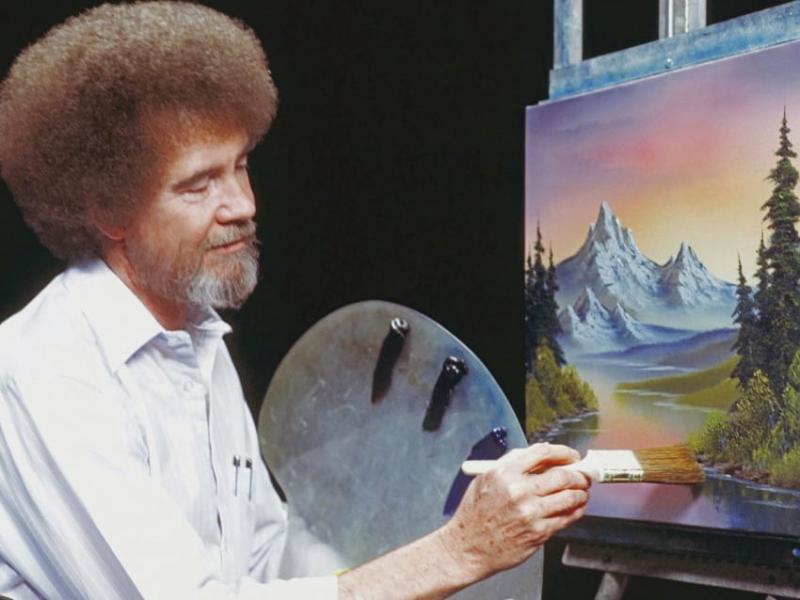 Well, this smiling, fresh-faced airman here eventually became the kind, humorous teacher we all know and love to counteract his demeanor during his service. 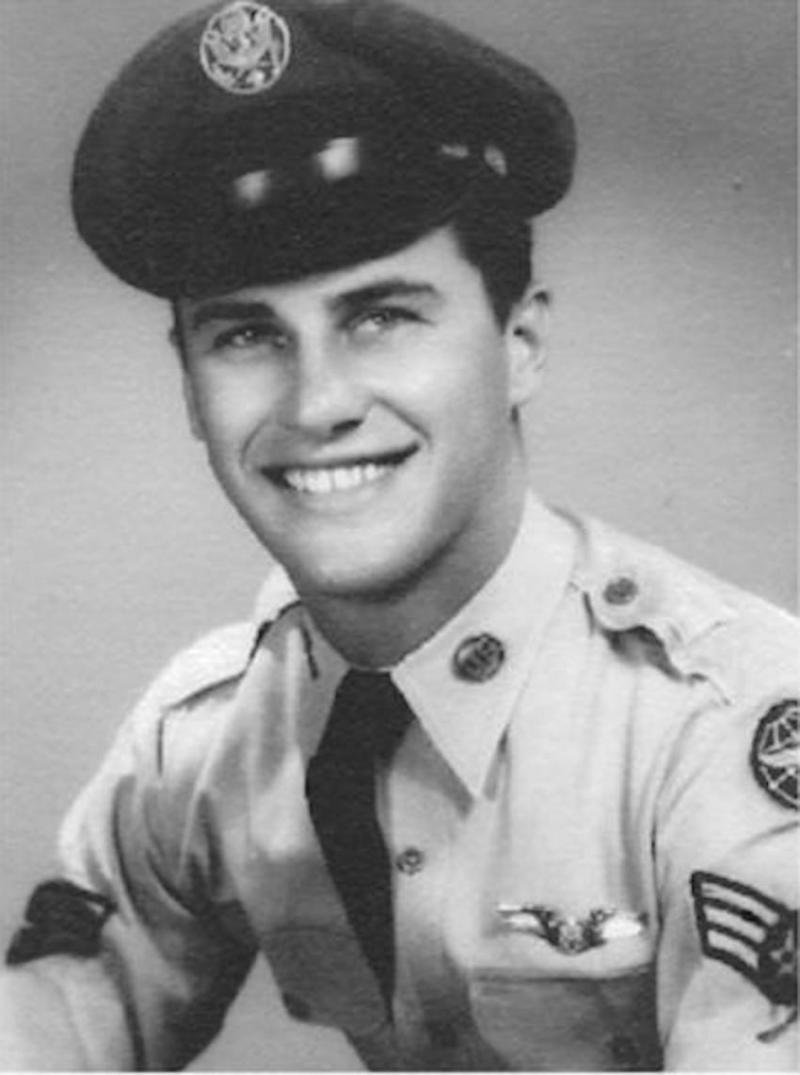 As a first sergeant, his job frequently involved dressing down his subordinates. Years of yelling and acting the part of the severe disciplinarian left Bob with sour taste in his mouth. When he finally left the Air Force, he vowed to never raise his voice again. 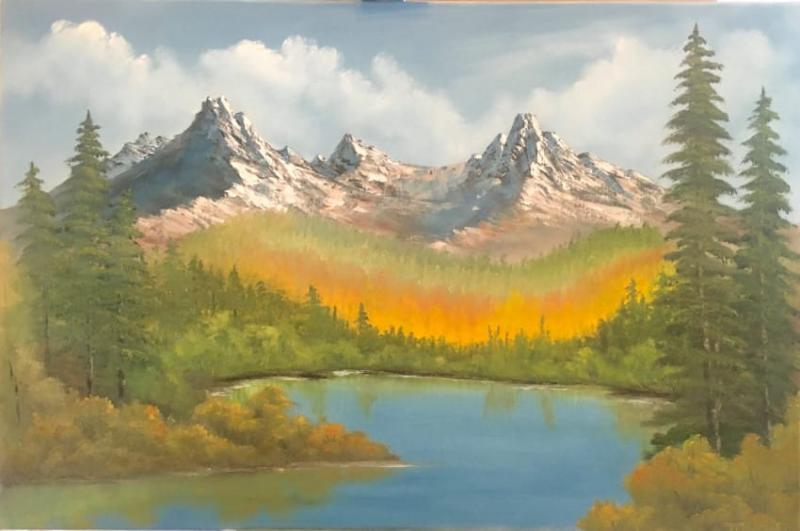 … and thousands of happy little trees!

Even his hairstyle is a testament to his endlessly patient nature: he couldn’t stand his signature ‘do.

He originally permed his hair while he was a struggling artist, as a way to save money on haircuts. It’s true! When his puffy mane ended up on some art products, it became part of his brand and he was stuck with it, for better or worse.

Bob sadly passed away in 1995 of lymphoma, but even today, his shows are still beloved by people all over the world. They continue to air on television, and are also widely available online. We even heard recently about a woman who is currently working her way through all 403 of his painting lessons. His work is enduring because it really does show just how enjoyable painting can be, and his soft tones lend a meditative quality to the show that anyone can appreciate.

We’ll send you off with this video of Bob Ross’s very first episode of The Joy of Painting (over a million views on YouTube!) – still enjoyable after all these years.