Children are full of creativity and their minds work in such fascinating ways. They can be very quirky, like  3-year-old Patimosi Olive, called Osi for short. He came up with a unique idea when he meticulously placed carrots on all of the drawer handles in his kitchen. 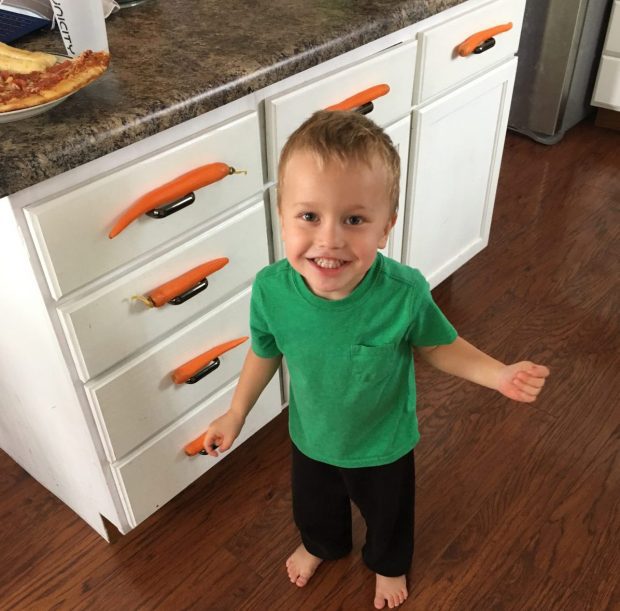 “We were preparing dinner and peeling the carrots,” said Osi’s dad, Samson Olive. “We had started to notice that the carrots were disappearing when we started working on other parts of the meal. We turned around and found the missing carrots as new ornaments on our drawer handles in our kitchen.”

This wasn’t unusual behavior for Osi.

“He is a funny little three-year-old with a great imagination and lots of creativity,” Samson said. “He is always doing funny things that keep us on our toes. He likes to open all the drawers in the kitchen and leave them that way. He also likes to put kids’ bowls on our cats head and sing happy birthday to him.”

Osi posed proudly for pictures with his work of art. 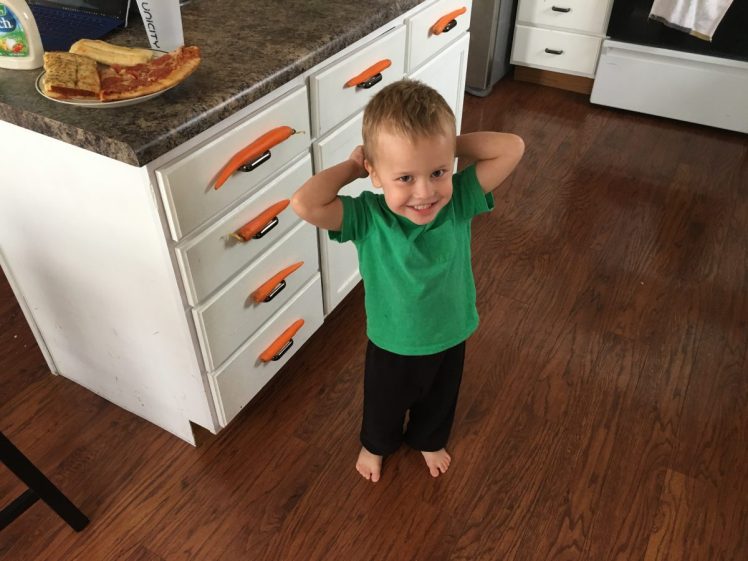 Osi’s cousin shared a photo of the occasion and posted it on Twitter. It quickly earned over 29,000 retweets, along with many positive responses to Opi’s unique idea. 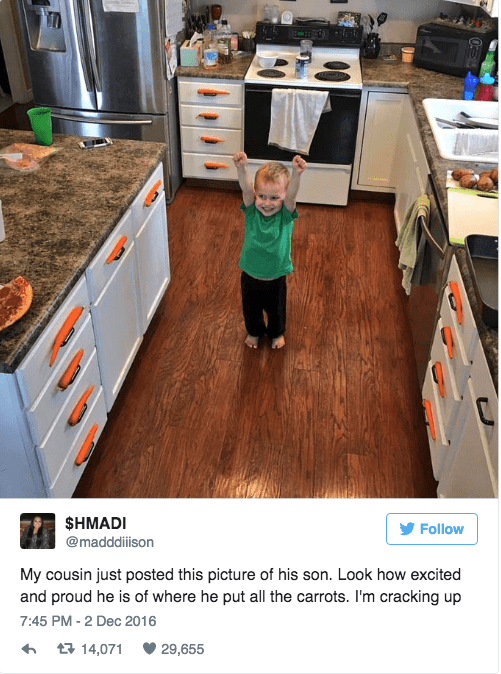 Osi received the highest praise of all – imitation.

Another person paid homage to Osi’s idea by implementing the design in their own kitchen. 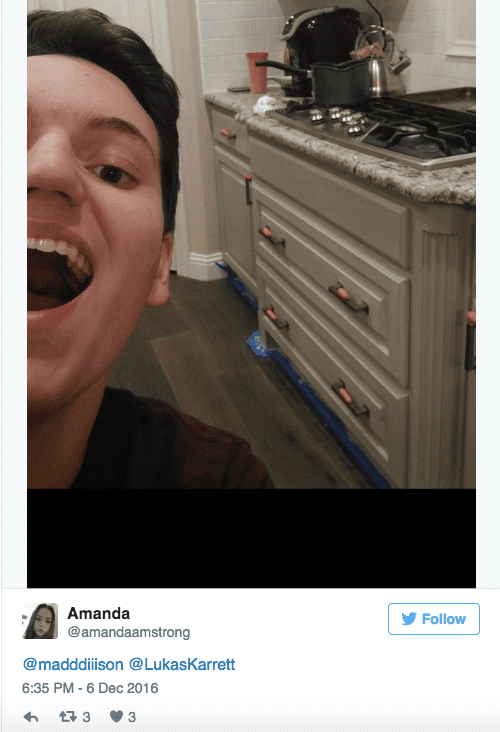