As wonderful as adoption is for many kids, there can often be a longing to know one’s own biological family. It seems to be inherent in our very DNA to know where we come from.

So when Brandon Bakke, an 11-year-old in Fargo, North Dakota, found out that the biological father he had never known had passed away before they could meet, he wanted to do something that would connect him to his blood dad in a meaningful way. 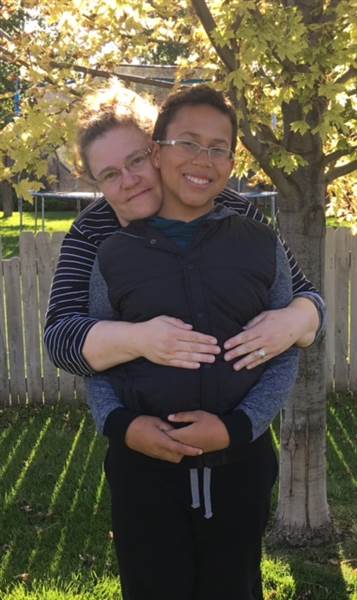 What that would entail unfolded through a series of unusual circumstances. First, his adoptive mother Brandy contacted his biological sister in Chicago. The sister was quite a bit older than her little brother at 31, and agreed to bring Brandon to their mutual father’s gravesite in Illinois.

Young Brandon was to learn that his father was a kind and giving man who had tragically died from an asthma incident at the relatively young age of 56. Even sadder, the attack had only happened a year before Brandon reached out, hoping to meet him. 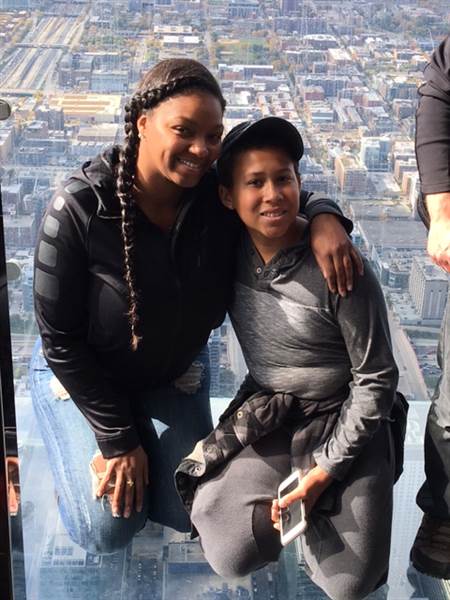 When Brandon and sister Tiffany arrived at his dad’s burial site, the young boy was saddened to see that there was no grave marker. Even sadder, he found out that his biological family wasn’t able to afford a marker for his father’s grave.

Speaking to the TODAY show on NBC, Brandon told them how he hatched an idea to connect him more closely to his deceased father.

“When I found out my dad’s grave didn’t have a stone, I got really sad and thought if I did something for him, he’d be proud,” said Brandon. 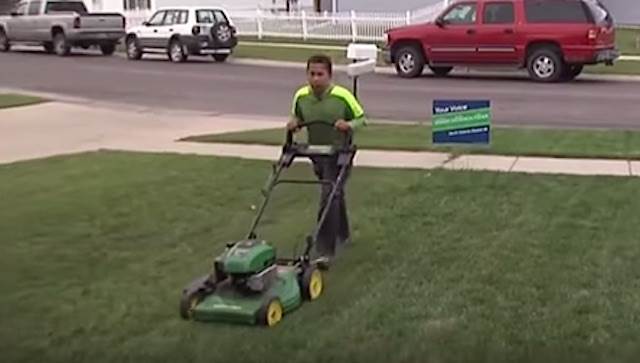 By avidly mowing lawns, the North Dakota boy eventually earned $400 and asked his mom Brandy to contact a company that would make a gravestone for his dad. That’s when the stars seemed to align for Brandon and his family.

Because the gravestone marker company was so moved by what he wanted to do, they agreed to create a marker for Brandon’s father gratis, and even enlisted the boy’s ideas for how it should look and what it would say. Since he’d never gotten to know him one-on-one, he asked his newfound sister Tiffany for direction.

“. . . she said he was always helping people and loved to cook,” he told the TODAY show in recounting the development of the marker’s design.

With this knowledge, Brandon decided to put a sketch of cupped hands with a soup bowl on one side, and a heart inscribed “Forever in Our Hearts” on the other. Apparently his dad used his cooking skills to help feed those who had nothing, and Brandon wanted this lovely quality commemorated on his father’s gravestone.

Now, you might think that was the end of this story. But you’d be wrong. Because Brandon realized there must be many other families who also couldn’t afford gravestones for their loved ones who had passed, and who might not be as lucky as he had been to receive one for free. 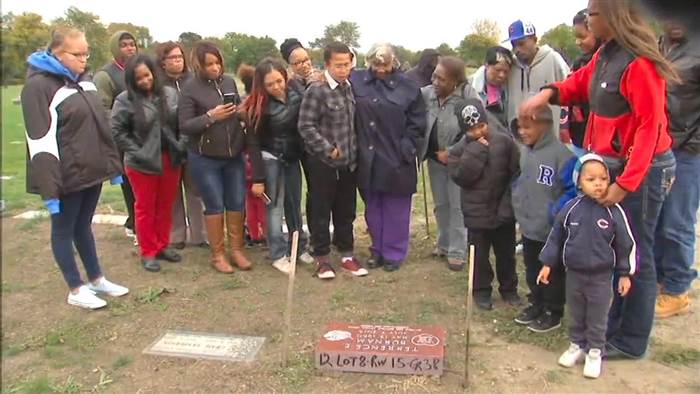 So he decided to continue his now-expert lawn mowing skills to right that wrong. Brandon now mows lawns with a passion, knowing he is paying it forward to help other families in the same situation as his own had once been.

Brandon says his goal is to be certain that “nobody goes unknown,” even after they have passed away.