I’ve kept quiet for about this for far too long …

There are a bunch of cruel, sick kids at Wellington Secondary College (girls & boys who were 13 & 15 at the time) who inflicted a disgusting, hateful crime on my sweet only child Cassidy Trevan, on 15th February 2014.

Cass was only 13 at the time, and although I spent almost two years desperately doing everything I could to try to keep her alive, she never got over it. Even though I moved her away, she could never go to school again; she couldn’t be around people anymore, a quick trip to the shops often ended in tears or panic attacks.

I had to watch my baby suffer for the next 22 months from these demons … she worried you would find her and get her again; she went through continued bullying from some of you who managed to get to her by phone or social media, via others, even after what you’d done to her. She suffered flash backs of the crime, nightmares, insomnia, separation anxiety, panic attacks, PTSD and subsequent worsening mental illness.

I helplessly watched my precious child wither away before my eyes, mentally & physically, until she rarely got out of bed, until she could no longer take the pain and torment you caused her. What you did to her was a direct cause of her suicide on 12th December 2015.

Cassy was my world, she still is, and she always will be. But now I have nothing, and I’m still trying to find a reason to go on without her. You didn’t just cause the death of my child, my child who I had loved and poured my heart & soul and every fiber of my being into for almost 16 years, you also killed my future with her. I’ll never see her marry; I’ll never have grandchildren. You destroyed so many lives in one stupid, selfish, spiteful act which stemmed from the jealousy of one mean bully girl who you stupidly allowed to get you all on side. This was not a game; this was not just a night of fun for you, you took away my child’s innocence, her trust in humanity, her dignity, her rights as a human being, her ability to live a normal life … and ultimately her life itself.

I’m not a mean, angry, or vindictive person … but what you kids did … I hope you never forgive yourselves and never forget the name Cassidy Trevan. You all have blood on your hands for as long as you live. 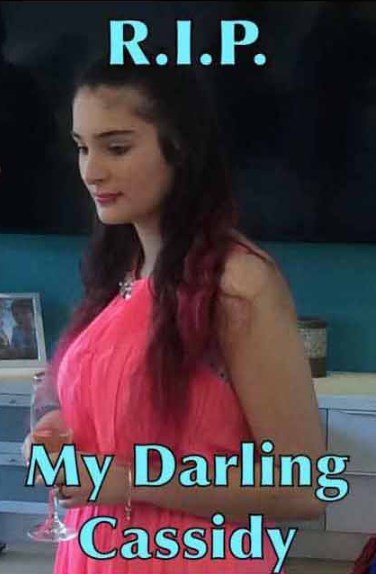 Bullying killed my child; bullying must be taken seriously.