A home carer has been caught on camera abusing her 79-year-old client on Christmas Day.

The disabled grandmother, from the city of Jinhua in eastern China, was trying to stand up after falling onto the floor at her home when the alleged assault happened.

Instead of helping her client, the carer is seen deliberately and repeatedly dragging her to the floor before savagely pulling her along the floor by the arm. 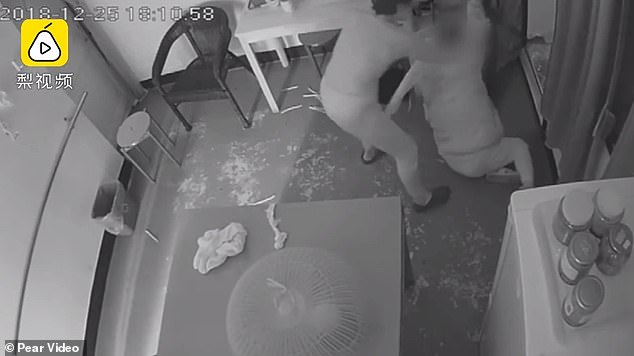 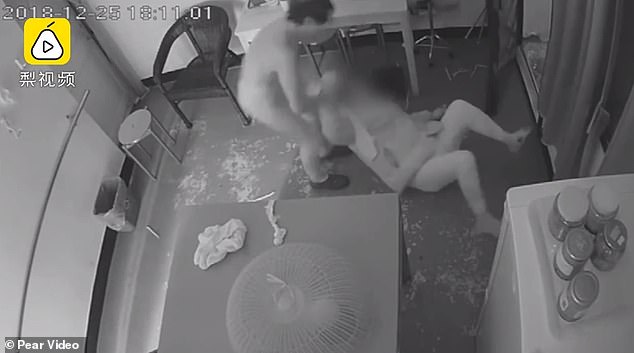 The carer had been sacked by the pensioner’s family and she abused the elderly woman on her last day at work, a family member of the pensioner accused.

Surveillance footage shows the pensioner trying to grab onto the leg of a table as the carer attempts to drag her back down to the floor.

Upon realizing that the pensioner is resisting, the carer starts to use all her strength and at one point presses the elderly woman to the floor to ensure she stays put.

The pensioner’s family members discovered the carer’s shocking behavior when they were reviewing footage from their home monitor.

They also heard the pensioner desperately shouting her children’s names in the footage while being roughly handled by the carer.

The family has called the police. 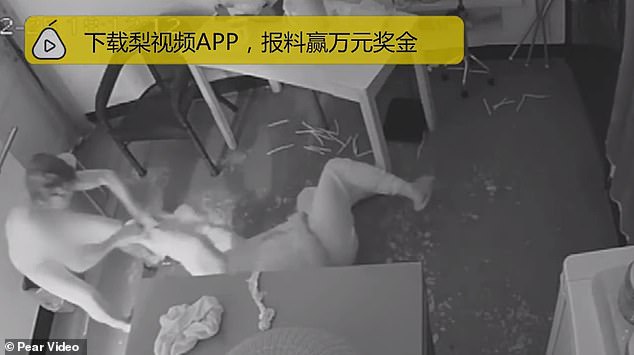 The pensioner’s grandson, Mr. Huang, told Chinese media Btime.com that the carer had worked for them for a few months when the incident happened.

Mr. Huang said his grandmother was disabled in the legs and suffered from urinary incontinence, therefore his family decided to hire a home carer for her.

The man said he had been informed by neighbors of the carer’s bad attitude towards his grandmother, but when he saw the footage he was horrified.

‘We had dismissed her and it happened on her last day,’ Mr. Huang told Btime.com yesterday.

The carer denied the accusations put forward by the family and said she was simply trying to stop the pensioner from leaving her home, Mr. Huang said.

The case is under investigation.