A black and white cat who loves to “throw her hands in the air and wave them like she just don’t care” is going viral after her human posted pictures of the funny feline online.

This is Keys and her now-famous pose which, according to her human Peter Mares, began as an early-morning stretch. 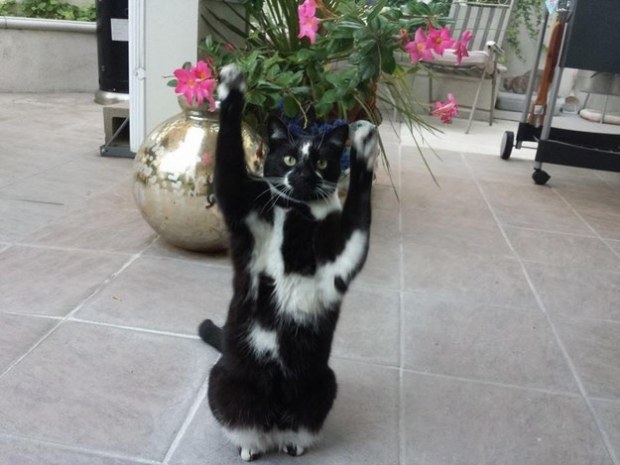 Once when she did it, Peter gave her a treat of coconut oil (her favorite thing) and so now whenever she sees a camera she throws up her paws, resulting in these hilarious photos! 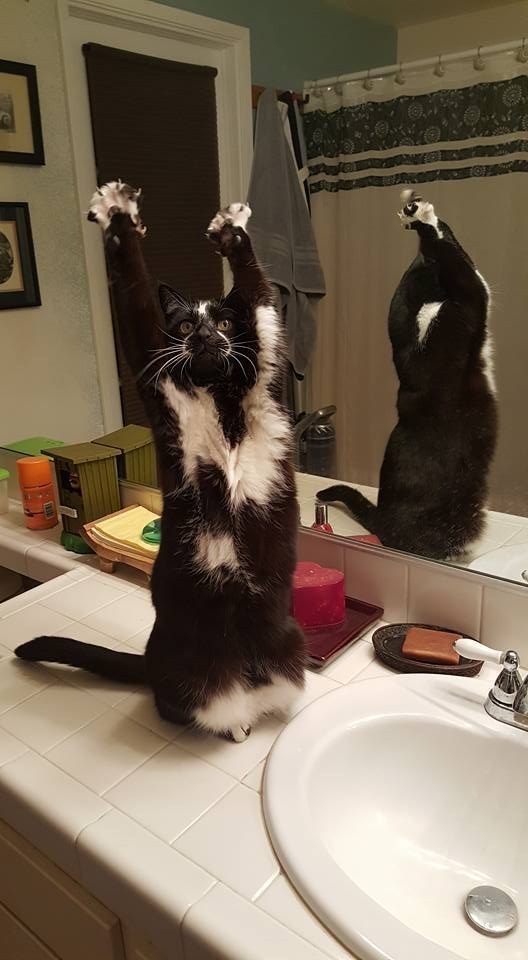 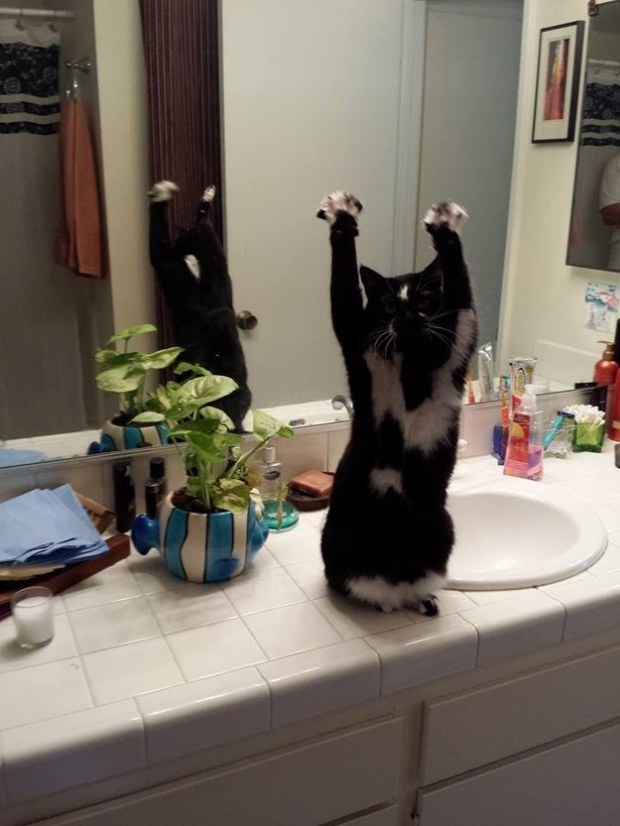 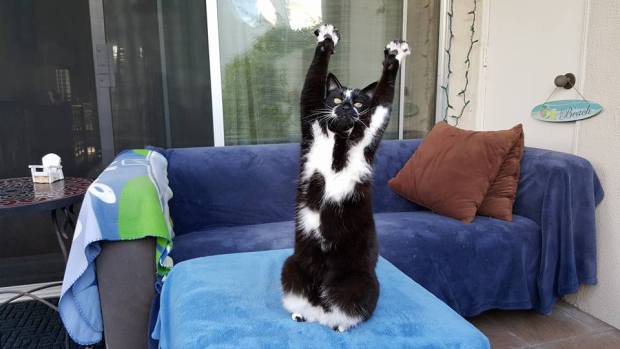 “All hail the great outdoors!” 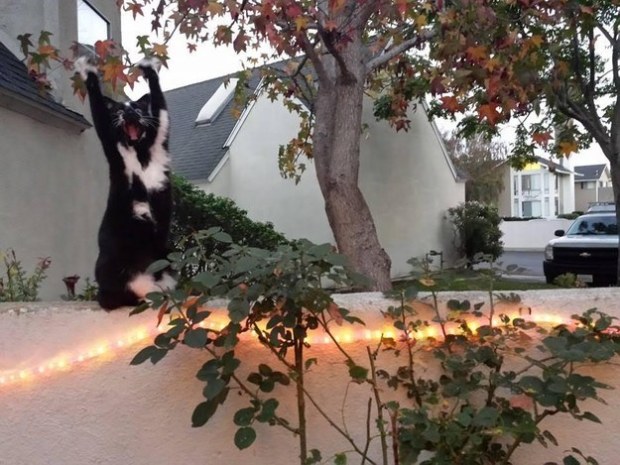 Or maybe it’s a yoga cat take on the sun salutation? 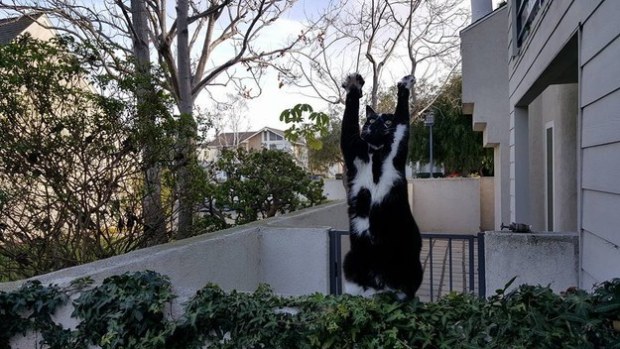 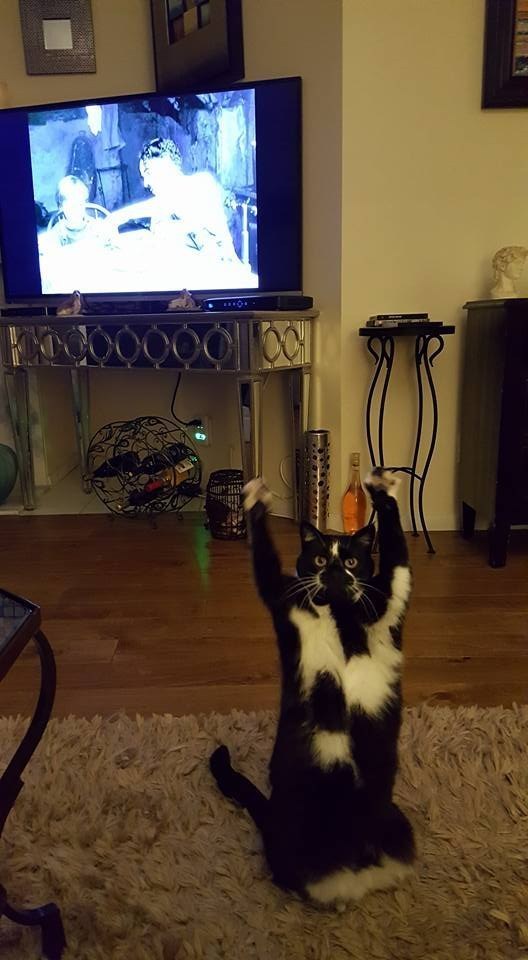 “Put your paws up, the humans home!” 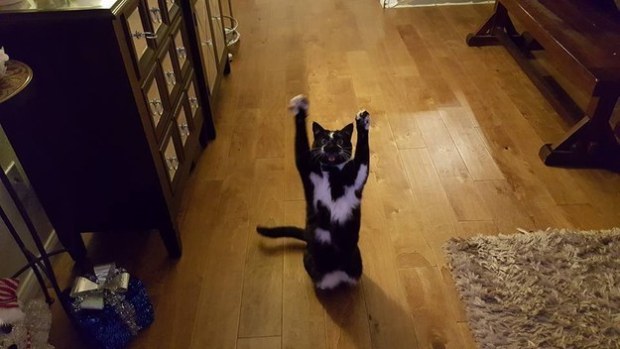 And obviously this had led to an outbreak of Keys-based photoshop efforts, like this goalie cat. 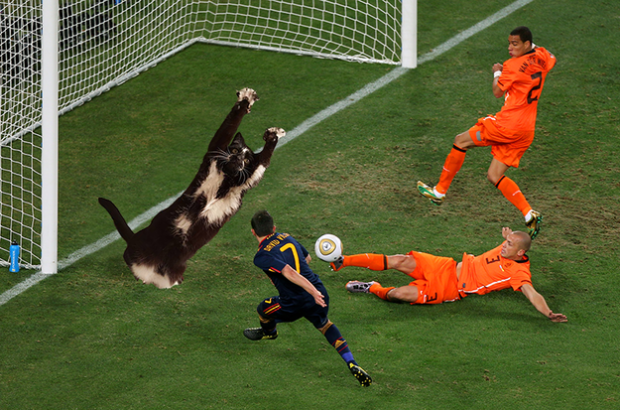 And this just had to be done. 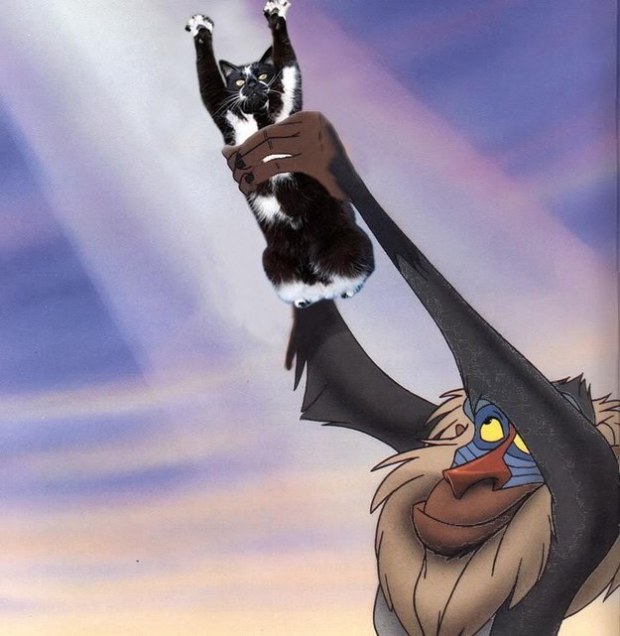 This cat that knows the answer.

Move over John Cusack, Keys is the star of Say Anything now.

She even popped up at the Oscars.

Other cats might not get it, but Keys is just so damn excited all day long. 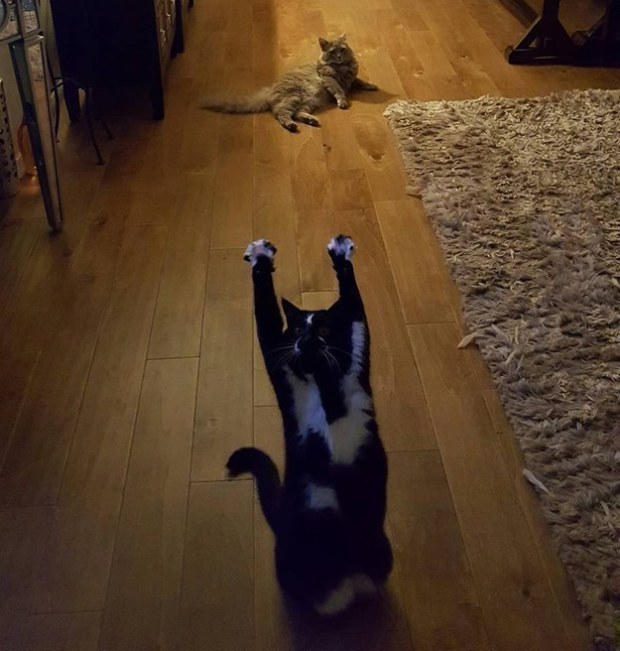