They say that when two people have been together for a long time, they become intertwined on an almost otherworldly level.

You see this most often with couples who have been together for decade after decade; it’s as if all of that shared time and life experience feeds an empathetic link between the two souls.

Perhaps that’s part of the reason that so many couples who share years of partnership also leave the world at roughly the same time, sometimes within 24 hours, as we saw with Ed and Floreen Hale, who were together for more than 60 years.

In an age where many of us have seen people couple up and part again as they try to find the “One,” there’s something exceptionally beautiful about two people who find each other and stick together, offering each other support and solace until the very end.

The latest example was posted to Reddit this past weekend, and might just be one of the most bittersweet photos we’ve ever seen. 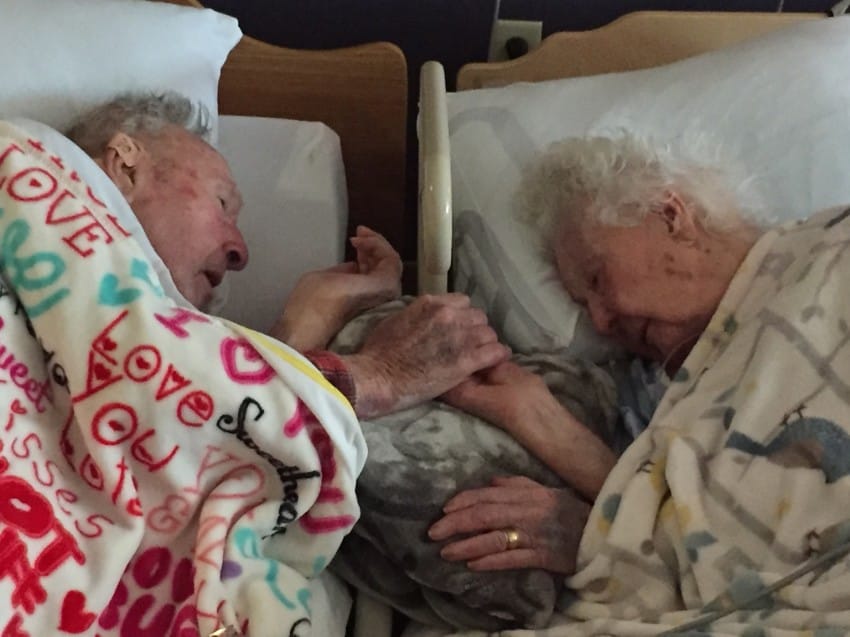 The image posted to Reddit over the weekend is an incredibly sweet photo of an elderly man and elderly woman, holding hands across two beds.

According to the anonymous young woman who posted the picture, the couple in the photo are her grandparents.

We’re so sorry for her loss, but we’re also glad that her grandmother had such a wonderful love story, and that the man behind it was by her side when she passed on. 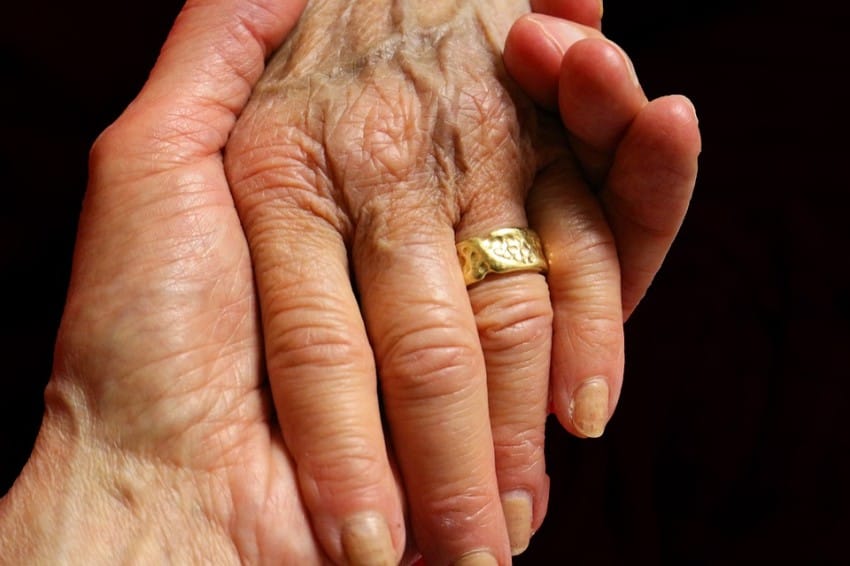 It’s incredibly challenging to lose someone that you love so dearly, and we wish the 100-year-old gentleman in the photos all the best as he goes forward without his wife of 77 years by his side.

We can’t imagine how hard it must have been for him to be brave for her, knowing all the while that her time was drawing to an end.

This centenarian could still have many years left — the world’s oldest man lived to be 116 — but whenever his time comes, we hope he’ll take comfort in knowing that he’ll be joining his beloved wife once again. 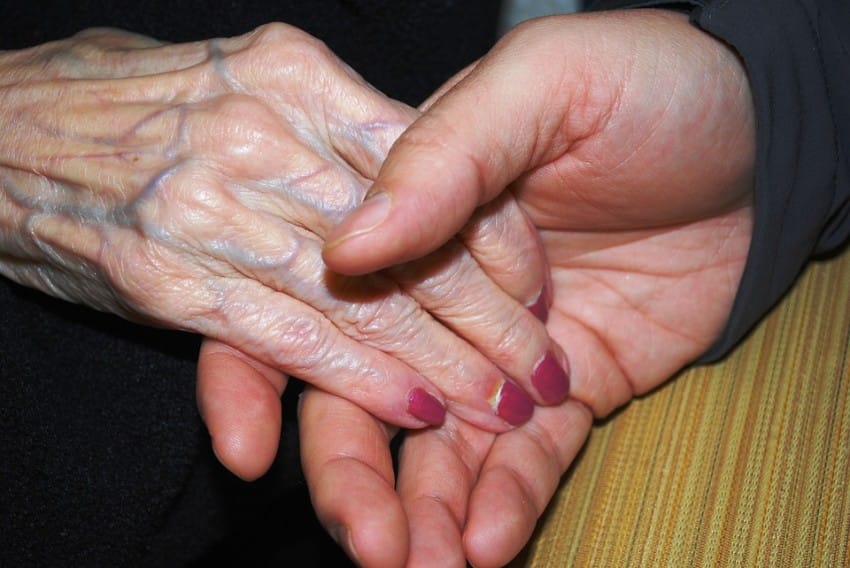 Their story is remarkable and touching, and there are a few similarly bittersweet parallels to be found.

Some couples spend decades together, and, as noted above, eventually pass away within hours of one another.

These stories seem to crop up again and again, and there may be an explanation: broken heart syndrome. 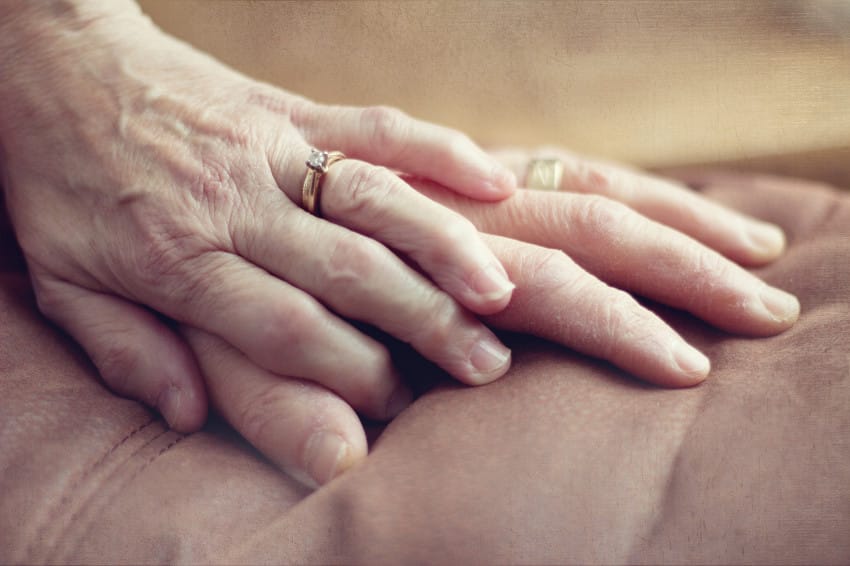 Broken heart syndrome is a medical condition where the extreme stress and grief of losing a loved one, or even having a loved one in grave medical danger, causes physical symptoms.

After all, stress and anxiety aren’t just mental; they can cause physiological effects in even a young, healthy person.

For someone that’s elderly or in poor health, broken heart syndrome can lead to worsening health for both partners. 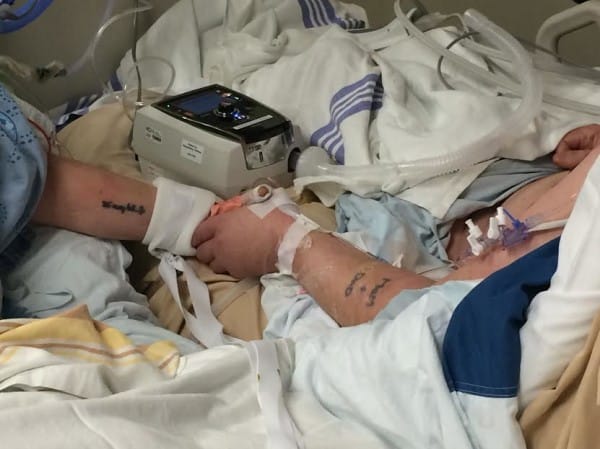 Jim was diagnosed with terminal cancer and given very little time to live.

His wife was so exhausted and distressed that she suffered a heart attack and had to be hospitalized separately.

Jim, when he was reaching the end of his time, had arrangements made so that they could be together in the same hospital room, and he held his beloved wife’s hand as he passed on. 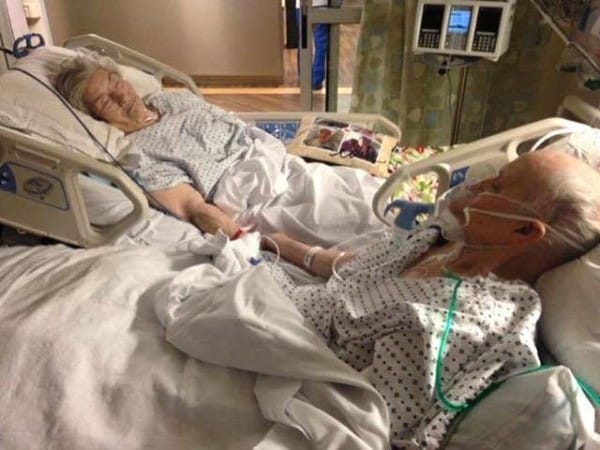 But on the other side of these heartbreaking moments is a sliver of hope.

Consider the story of John and Bernice Mullins, who were also hospitalized side by side, so that they could comfort one another and give each other hope in a tough time.

Holding hands in their hospital beds seemed to lift their spirits, and both husband and wife were discharged from the hospital, where they got another beautiful month together, precious time by any measure.