Jamie Lyn Basinger, 24, of Morganton, North Carolina woman will not serve prison time after pleading guilty to involuntary manslaughter in the death of her 3-year-old son. The toddler froze to death on the front porch of their home after she “passed out” on drugs.

Basinger received a suspended sentence of 19 to 32 months and three years of supervised probation after pleading guilty in connection to the death of Landyn Melton in March. 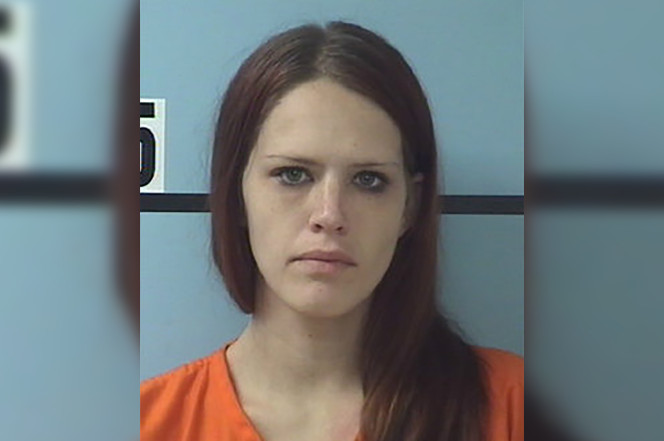 A judge also ordered Basinger, who spent eight months in jail, to comply with all conditions of a substance abuse assessment, perform 72 hours of community service and adhere to all orders from the Department of Social Services regarding her other child.

“While she was passed out inside the home, by her own admission sleeping harder than normal, Landyn was freezing to death,” Assistant District Attorney Michelle Lippert told Judge Nathanial Poovey.

The boy was found dead on March 15, a day after celebrating his third birthday when a neighbor called the police to report a toddler lying outside on the porch. Basinger’s boyfriend, Joshua Steffey, answered the door before getting Basinger from inside the residence. Steffey and Basinger both admitted to smoking meth two days earlier and marijuana the night before, Lippert said.

The boys’ smudged fingerprints on the porch’s glass door indicated that the boy had tried to get back inside the home after getting out of the house the previous night. Lippert said temperatures at the time were roughly 21 degrees without a wind chill, according to News-Herald.

Prosecutors dropped a felony child abuse charge against Basinger as part of a plea deal. Her mother said Monday’s hearing did little to provide closure.

Brenda Basinger said her grandson would be pleased by the outcome.

“If Landyn was here, he would be happy right about now,” she said. “Happy that Mommy gets to come home.”