Individuals are now out in droves demanding for child protective services to get involved.
The Instagram shot allegedly displays the baby breathing in from the cigarette as the end of the cigarette is lit.

The post’s text from the Instagram user under the photo reads:

“Trying brittnies cig hahaha (and for everyone getting offended over this she only had one puff of the thing and barely inhaled.” 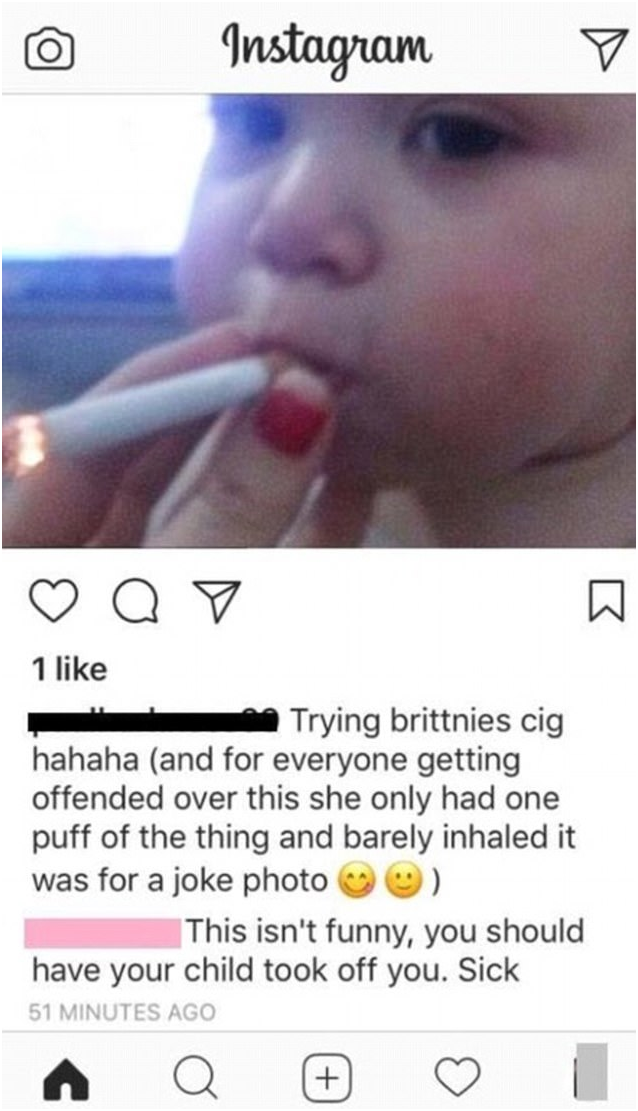 The outrageous post has circulated all around the internet and has started to cause some visceral reactions from those who completely despised the image, commenting that the woman should have her child taken away from her.

“This isn’t funny, you should have your child took off you”

“this is the kind of thing you report to the authorities.”

“I think this is the angriest Reddit has ever made me”

There were a few skeptical users though. One proposed that the Instagram post’s text was altered with an image editor with the context of the picture perhaps not being valid.
Although users countered that position, one in particular stating:

“I don’t think the context is the problem… just the fact a child has a cigarette in their mouth.”

It’s a very serious thing to alert child protective authorities, but the reason they exist is to save children from serious harm from negligence and unfit parents.

What do you think should be done in these type of situations?