In a quiet California neighborhood, a shocking scene was uncovered when a dozen emaciated siblings were found shackled to their beds with chains and padlocks. One of the children managed to escape the nightmare, police said. 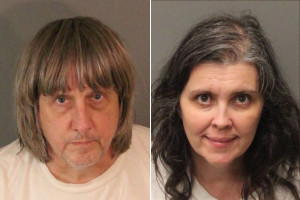 The siblings ranged in age from 2 to 29 and were allegedly being held captive by their parents inside a Perris, California home, Riverside County Sheriff’s Department said. The siblings were discovered after a 17-year-old girl escaped from the hell house and called cops on a cell phone she managed to sneak out with her. Police located the teen they said looked emaciated and appeared to be about 10 years old. The girl told the officers about her 12 siblings shackled inside the home. Five children inside the home were found malnourished, unwashed and shackled with chains and padlocks. The other seven captives were adults ages 18 to 29, all appeared young due to malnutrition. When they were freed from captivity, the siblings said they were “starving,” and were given food before being taken to the hospital. The siblings’ parents David Allen Turpin, 57, and Louise Anna Turpin, 49, were taken into custody. “The parents were unable to immediately provide a logical reason why their children were restrained in that manner,” the sheriff’s department said in a statement. According to public records, the couple filed for bankruptcy in 2011. David listed his employer as defense contractor Northrop Grumman, while David’s mother, Betty Turpin, said she was surprised by the allegations and called her son a “very good man.” “He is very protective of the kids,” she said. “Everything is always in order.” The grandmother said she hadn’t seen her grandchildren in a few years because they lived too far away. Their neighbors were appalled to hear about the house of horrors just down the block. 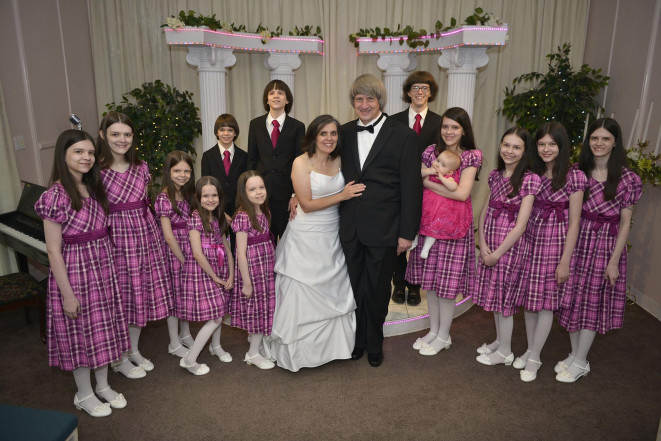 David and Louise Turpin with their children

“It’s crazy. I was shocked,” one neighbor said. “We used to walk by there all the time.” They described the family as recluses and the home as desolate. “My kids tried to sell them candy,” Antrina Mojica said. “They could hear people inside but they wouldn’t open the door.” Mojica said the children were rarely seen outside and would stay on their front lawn. “My kids would walk by there all the time,” she said. “They knew that there were kids in there. There would always be packages on the porch.” While another neighbor said he witnessed a few “dirty” kids out on the lawn while work was being done. “I saw two or three kids once,” the neighbor said. “They looked dirty. They were doing the front yard . . . I just thought they were dirty from working.” He said the lawn had weeds about 4 feet high. “It’s a very quiet house,” he said. “It looked like it was abandoned like no one lives there.” The lawn had apparently been cut after a visit from local officials enforced an ordinance for an unkempt yard. The home is listed in state records as the Sandcastle Day School, with David as the principal. The parents renewed their marital vows in Las Vegas three times since 2011, said Kent Ripley, an Elvis impersonator who officiated at each ceremony. Twice they brought along their kids.

The Turpin house in California

“The only thing that seemed peculiar was the size of the family,” Ripley said. “I mean that’s the Brady Bunch times two plus one. But they all seemed polite, not rude and not underfed. “They said they cared about each other. They thought this [exchanging vows] was a good thing and wanted to include their children. “As soon as I saw their pictures [on the TV news], I was sick to my stomach. It’s so shocking.” The couple was being held on suspicion of torture and child endangerment. Bail was set at $9 million each of them.