Tis’ the season of listening to Christmas music! The songs about Santa Claus, reindeer, and the Christmas tree really puts you in the spirit of the season.  But while this is a tradition for some people, it’s not for everyone. 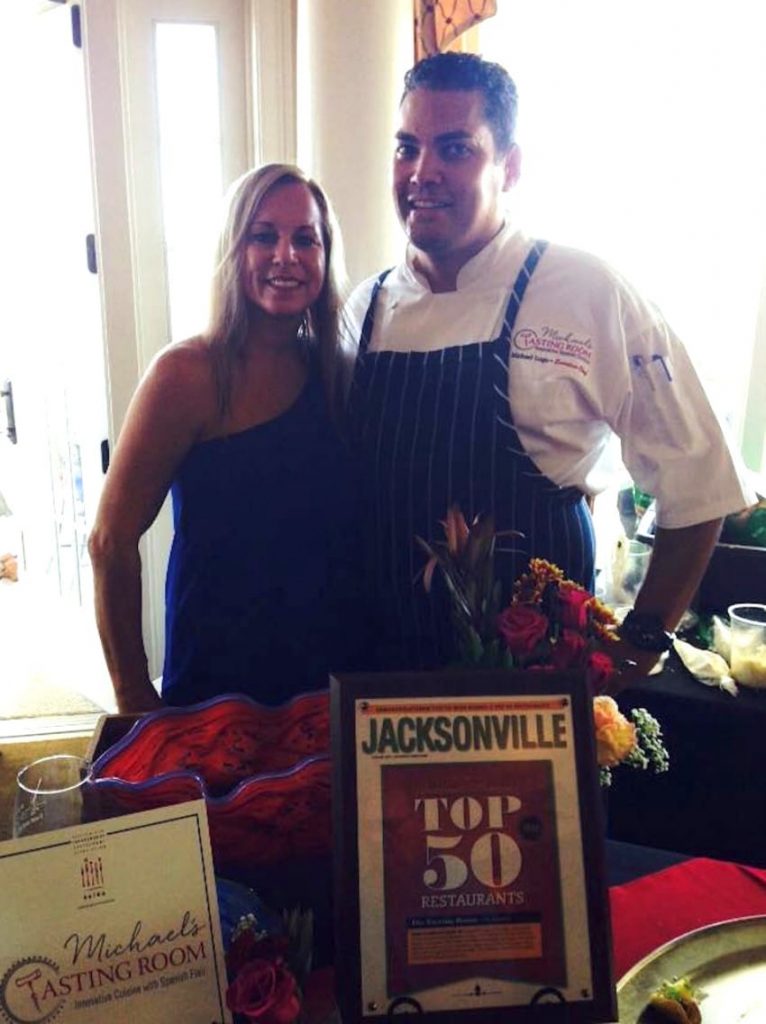 Michael Lugo was in shock when he received a note from a disgruntled customer about his choice of music in the restaurant. 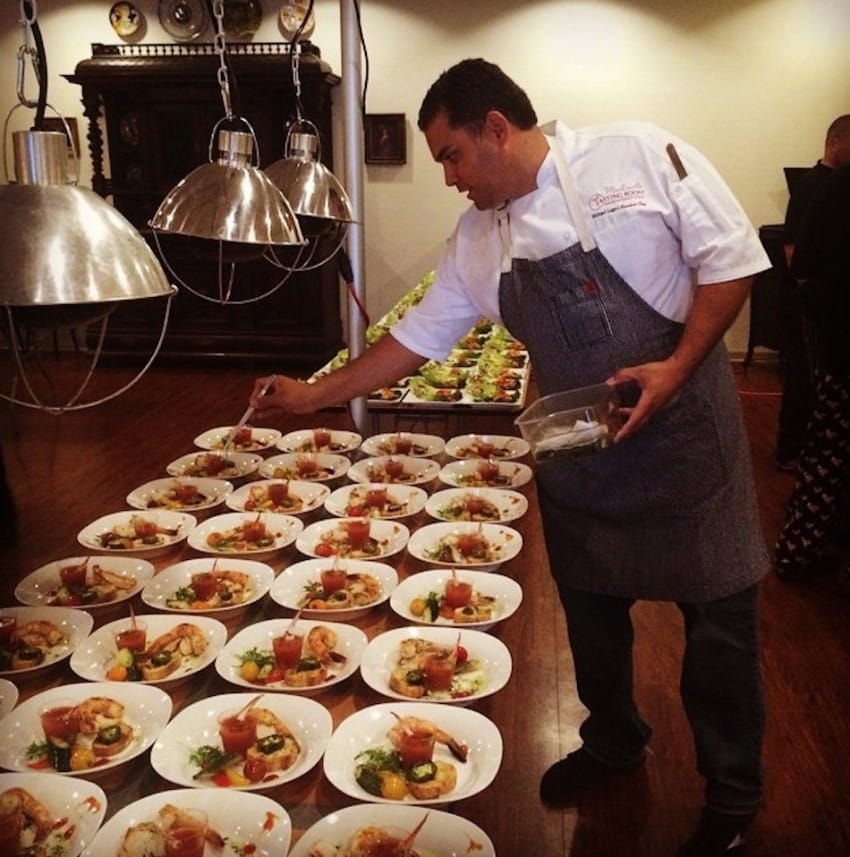 Because of the season, he decided to play Christmas music. 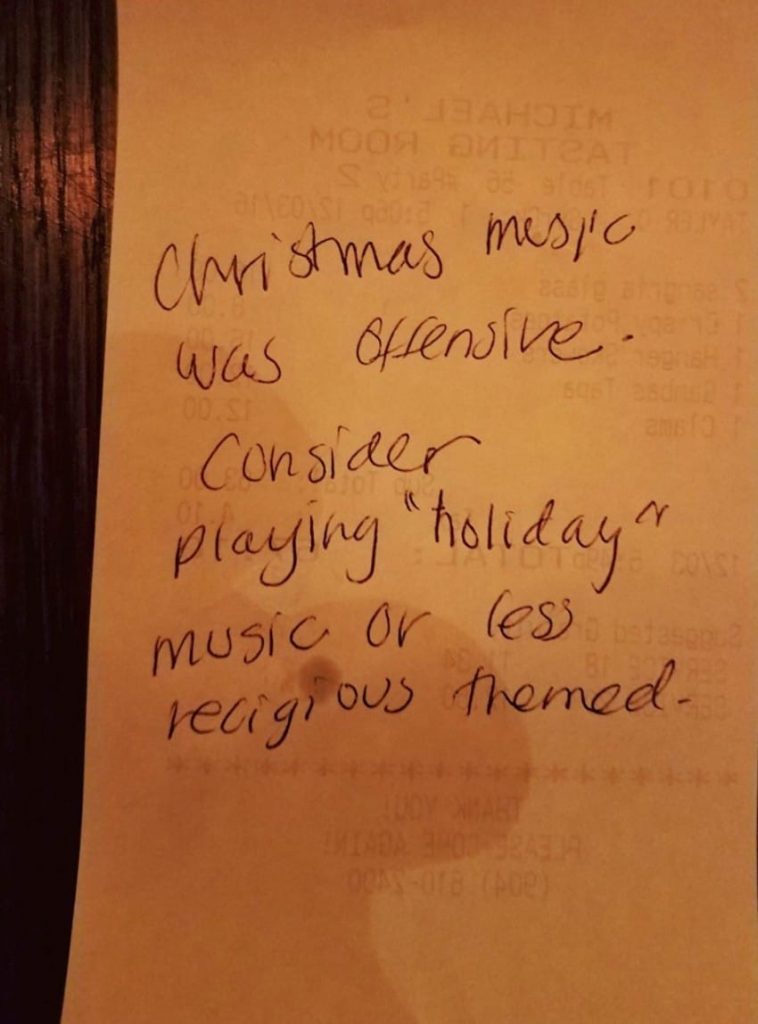 The angry customer said it was “offensive” to play Christmas music when it excludes other religious groups. 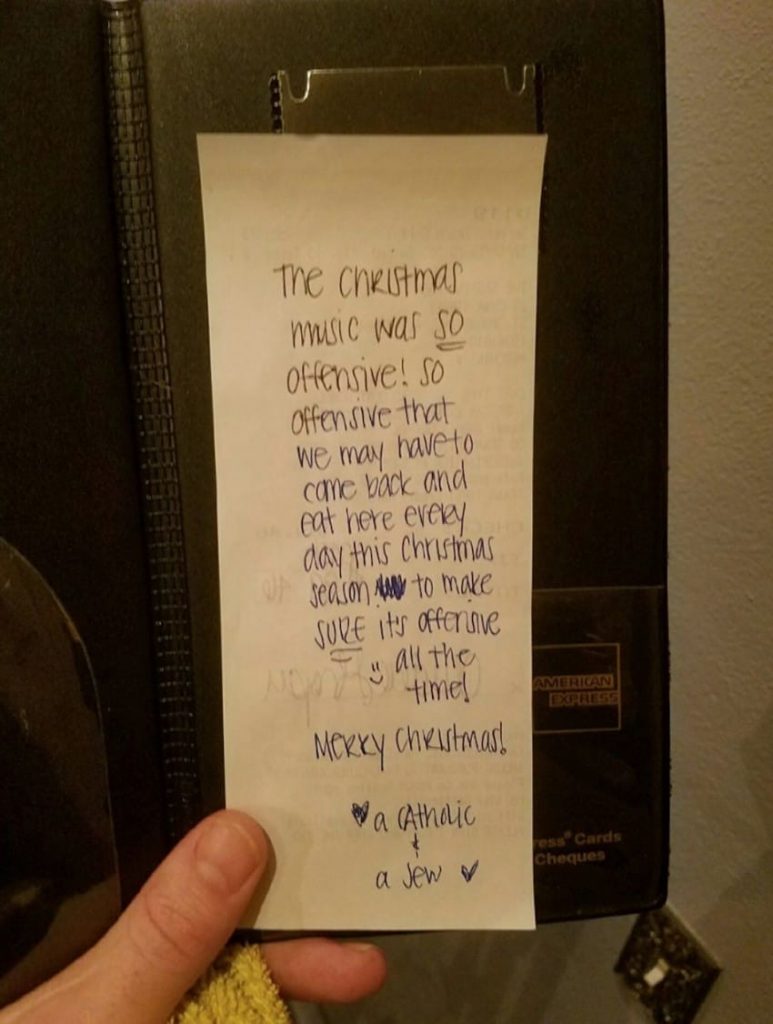 Lugo defended his music and said that it was not his intention to insult anyone. 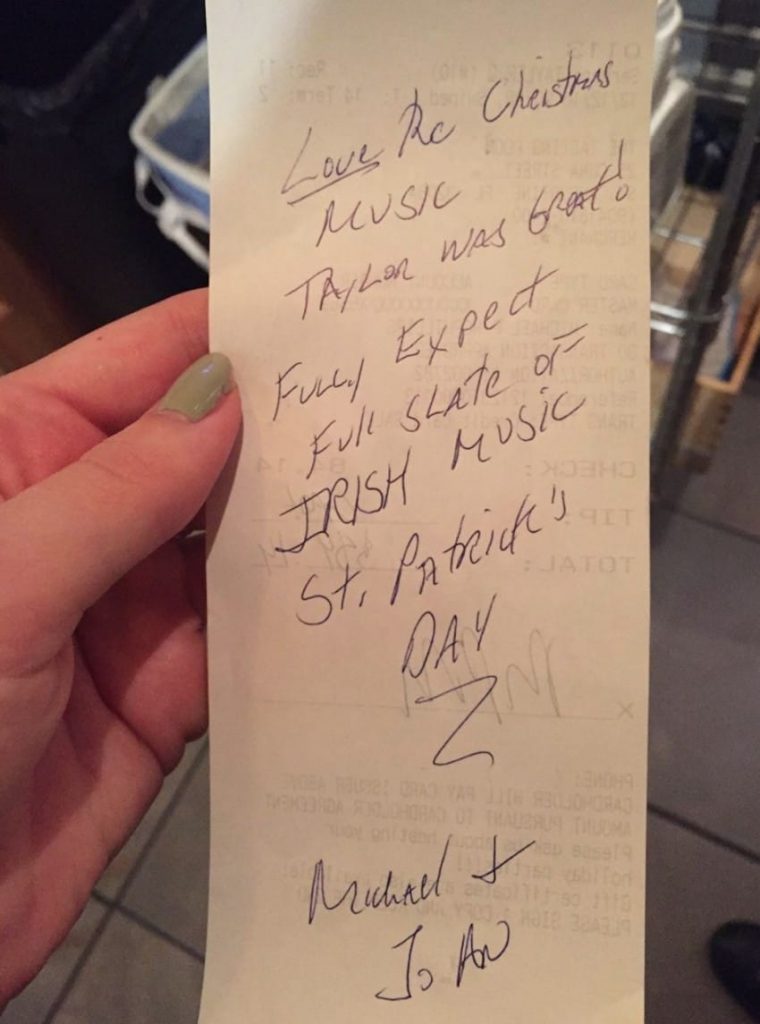