Lots of people claim that there’s no such thing as fairy tales in real life. The team believes that this is absolutely ridiculous, and wants to tell you fairy tale stories of modern Cinderellas. 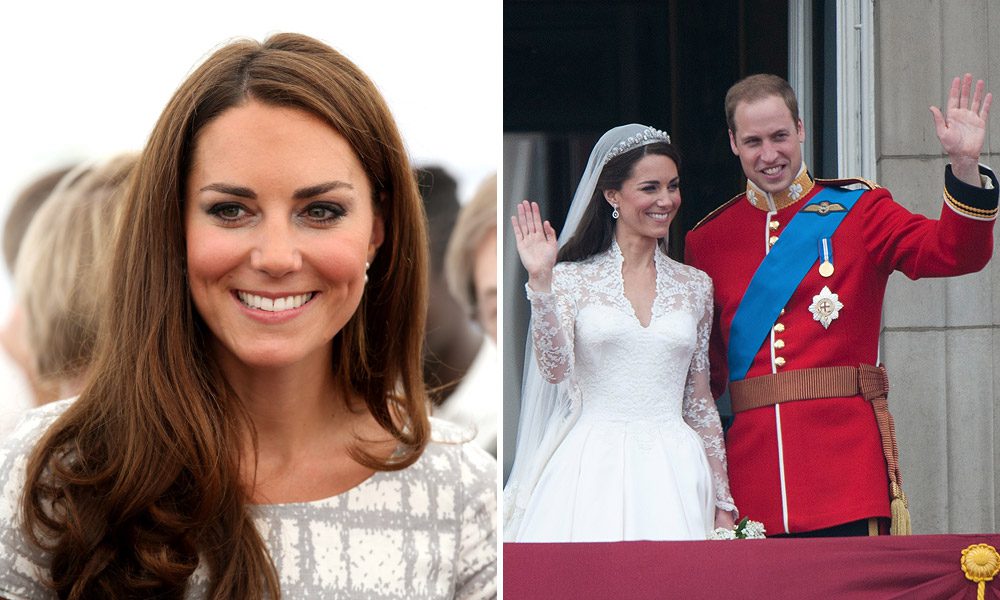 Prince William, Duke of Cambridge, and Kate, a simple girl from an average British family, met in 2001 while studying at the University of St. Andrews in Scotland. Catherine and William became friends during their first year. However, being ’friends’ with the Prince was a real challenge for Kate at first: she blushed, then turned pale, and even stuttered. In short, these were all signs of embarrassment that fortunately passed. Moreover, it was Catherine who persuaded Prince William not to leave the University like he wanted to. The press started to discuss their relationship in 2004 when the media published some photos of them together. However, their love wasn’t perfect: several times they broke up, then got together again. But real love won: they officially announced their engagement in November 2010, and in April 2011 at Westminster Abbey they held a wedding ceremony, which was followed online by millions of people worldwide. 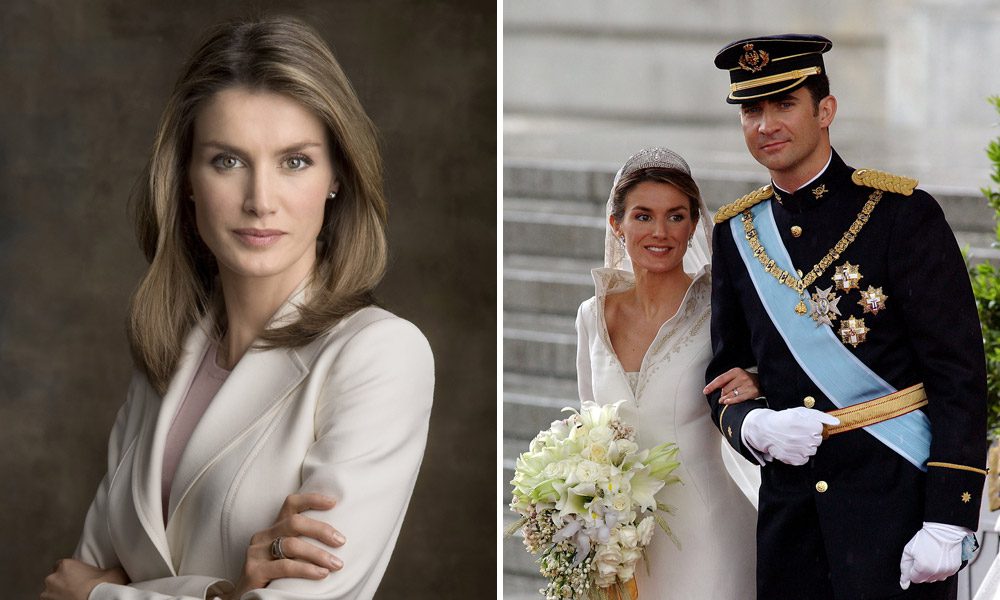 Even in her childhood, the future Spanish Queen consort Letizia, a daughter of a journalist and a nurse, was interested in journalism, and even decided to link her life with this profession. Before she met Felipe, Letizia was married for a year and managed to make a successful career in journalism. Letizia met the Prince of Asturias in Galicia, where she filmed a report. A chance meeting, love at first sight, and feminine wiles: Letizia didn’t agree to go on a date with Felipe at first, so he had to be patient. As a result of his pushing, they got married in 2003. This was screened to about 1.5 billion viewers around the world. 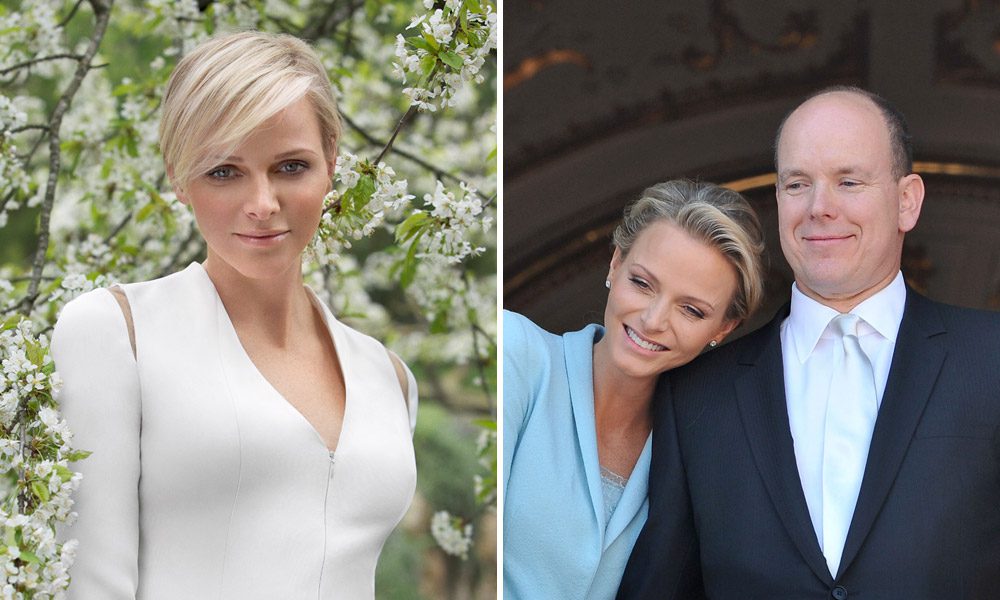 Swimming can not only lead to a successful sports career, but also to the royal palace. This happened to Charlene Wittstock, who met with Albert II because she was a professional swimmer. Their first meeting took place in 2000 at a competition in Monaco. The second time they met was 6 years later, at a competition in Turin. That’s when the media started to publish the first photos of the couple. However, they decided to make their relationship official in 2011. 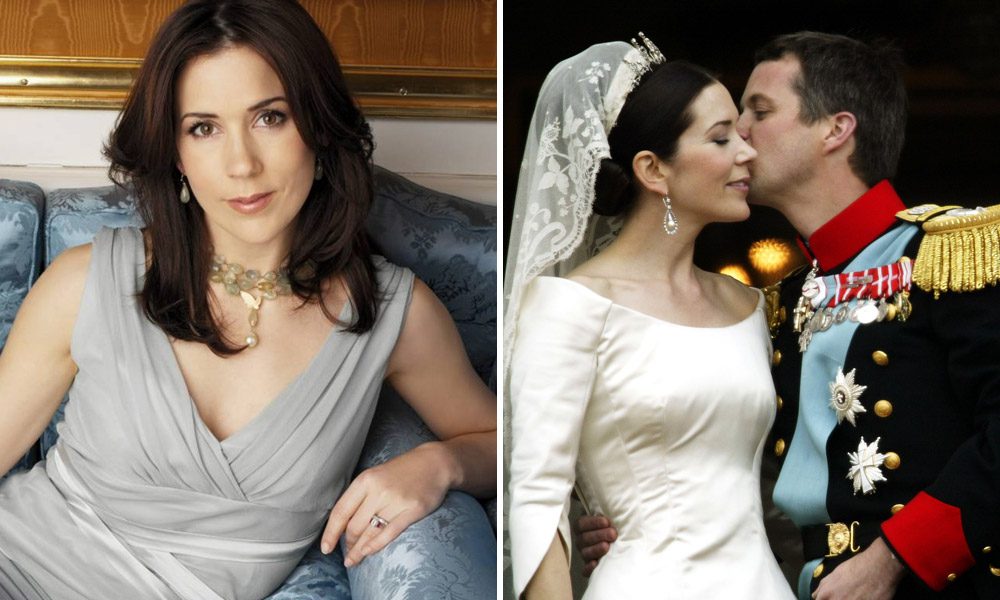 Sports were also the thing that connected Mary, the daughter of teachers, and Frederik, the Crown Prince of Denmark. They met during the 2000 Summer Olympics in a pub in Sydney, where the Crown Prince and his friends went to relax. That was where he saw beautiful Mary. It’s interesting that Mary didn’t realize who she was talking to, as the young man introduced himself simply as Fred. And yes, Mary didn’t hasten to leave her country with the heir to the throne. First, in 2001, she moved to Paris to teach English, and only after that she moved to Denmark. But that’s not the end of the story: to become the Crown Princess of Denmark, Mary Elizabeth had to accept several conditions from her fiance’s parents. She had to renounce her Australian citizenship, move from the Presbyterian Church to the Danish Lutheran Church, master the Danish language, and give her consent to the renunciation of all the children born in the marriage in the case of divorce. 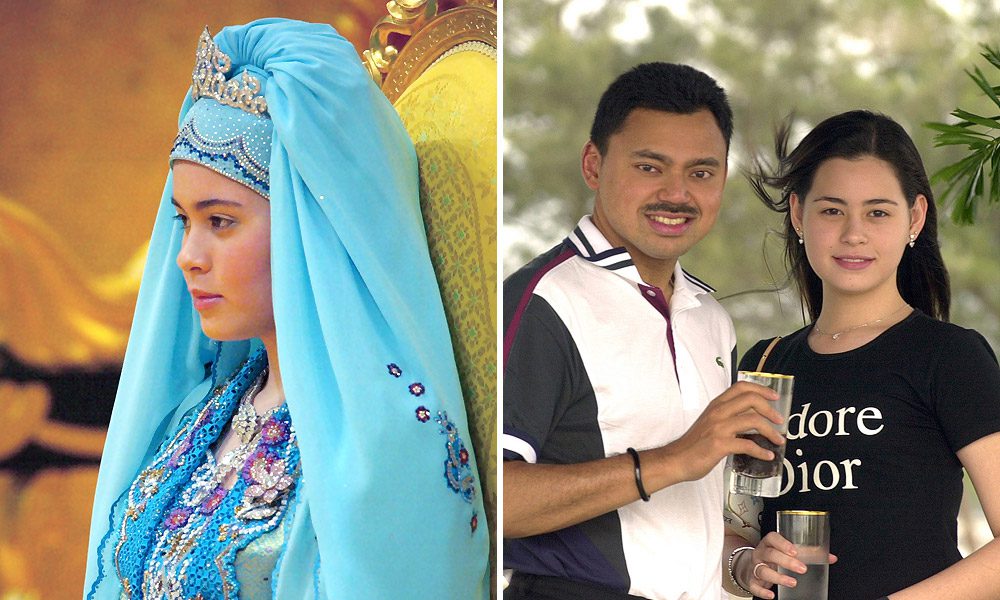 Just like William and Kate, the heir to the throne of Brunei found his love in the walls of an educational institution: the first time he saw his future wife when she was at school. Sarah’s school friend’s husband put them in touch by mentioning once that his wife has a very beautiful friend. To see her, the Prince came to the school where she studied. At that time, Sarah, the daughter of a middle-ranking public servant, was going to seriously engage in marine biology, but, as we know, fate surprises. So, being a 17-year-old girl, Sarah married a 30-year-old Al-Muhtadee Billah Bolkiah, Crown Prince of Brunei. 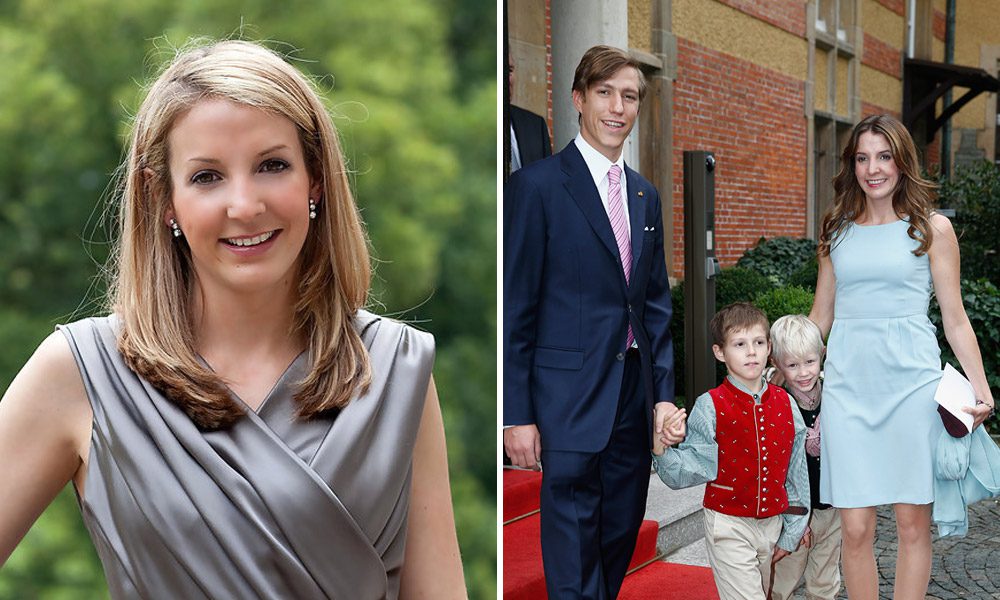 Tessy became the Princess of Luxembourg in 2009, but by that time she had already been the legal wife of Prince Louis. Sergeant Tessy Anthony and the Prince of Luxembourg met in Kosovo. Soon it became clear that the couple was waiting for a child. It was a huge scandal because the royal family members cannot have children born out of wedlock. After the birth of their son, Louis and Tessy got married, but the prince had to renounce his claims to the throne. So, Tessy became just Madame de Nassau, without any title. Some time later, the couple gave birth to a second son. The prince’s family decided to take a huge step: in June 2009, at the National Day of Luxembourg, the Grand Duke (and a happy grandfather) Henri finally accepted the marriage and gave his daughter-in-law the title of Princess of Luxembourg, and to his grandchildren the titles of Princes. 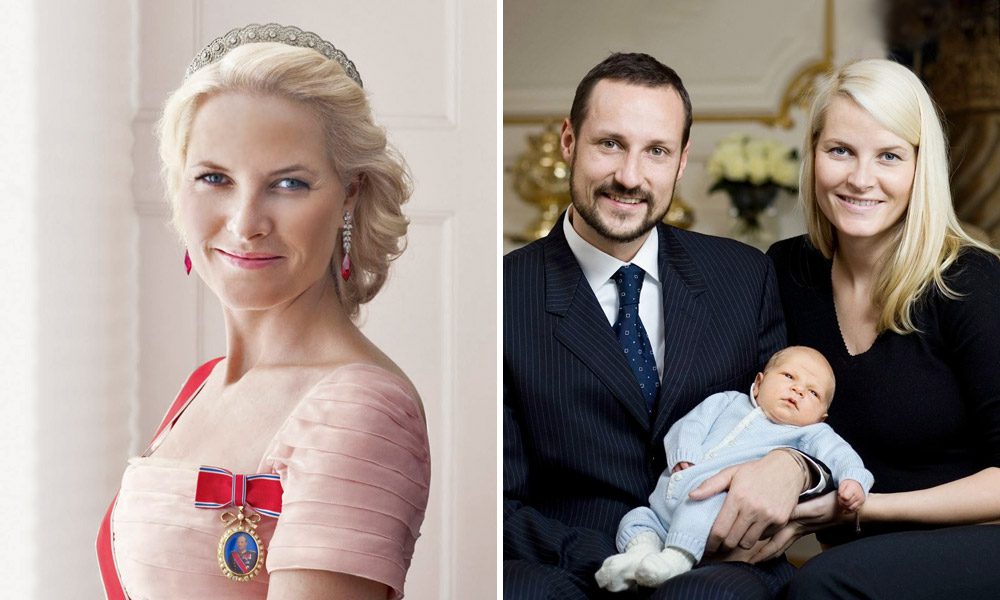 If we talk about a real, fabulous luck, we cannot help but mention the story of Mette-Marit. She was born in a common family of a journalist and a bank employee. Before she met a blue blood, she worked both as a waitress and a seller of clothing, ’got acquainted’ with drugs, lived together with a criminal, and gave birth to a son. Haakon, Crown Prince of Norway, met Mette-Marit in 1999 at a music festival. Their wedding was under threat because of Mette-Marit’s ’ambiguous’ past, but after Haakon gave an ultimatum — either the marriage or abdication — the wedding took place. 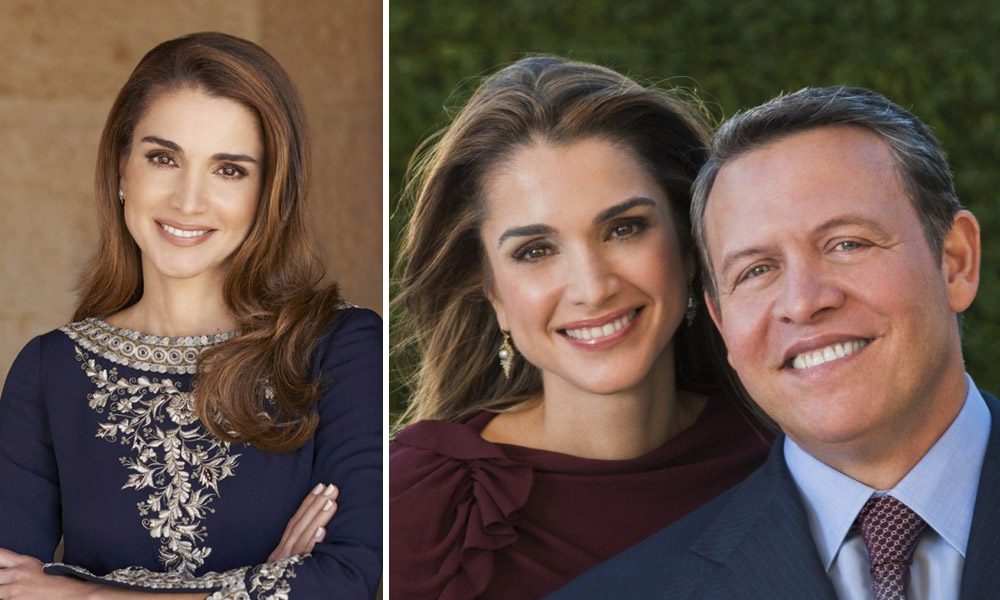 This story is a blessing in disguise. Having been refused a promotion to a senior position, Rania, who came from a common Palestinian family, decided to try her luck at Citibank, Amman. Well, happiness really came, but it wasn’t in the form of a new job, it was love. In the central office of the bank, the girl met Abdullah, the son of the King of Jordan. A new acquaintance grew into a great feeling, and then the couple celebrated their wedding. This stunningly beautiful woman, a mother of 4 children, always manages to look like royalty!
And finally, a little bonus! 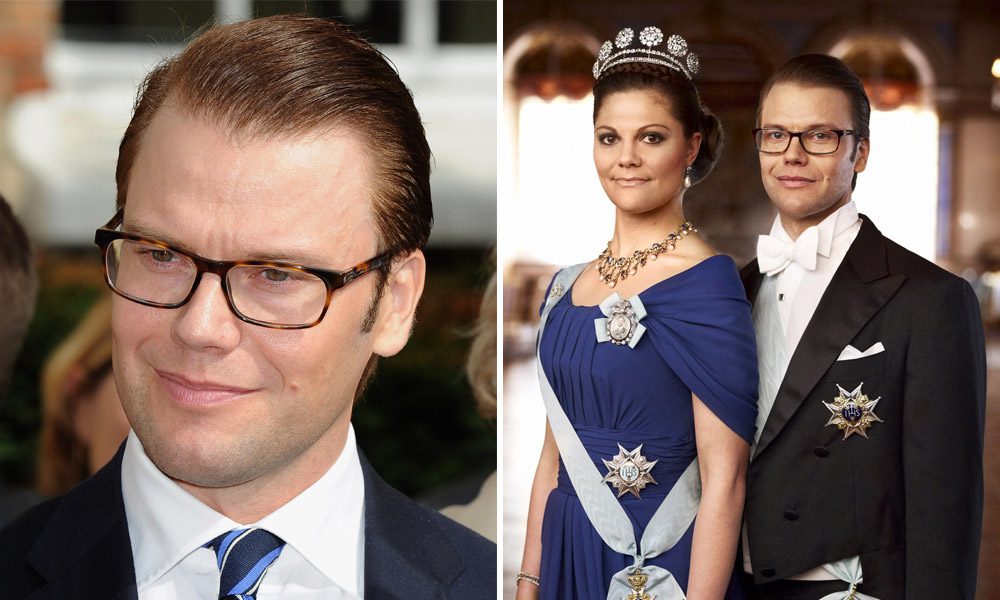 The love story of Victoria, Crown Princess of Sweden, and Daniel Westling is the reverse story of Cinderella. Daniel, a fitness coach, decided to open a gym that became a great success. Victoria was one of the customers of this young coach. The couple had to wait for 8 years until Victoria’s father, King Carl XVI Gustaf of Sweden, gave his permission for their marriage. Like a fairytale with a happy ending, the blessing was finally received, and in 2010, the couple celebrated the long-awaited wedding.

As you can see, there’s always a place for a fairy tale in our lives. The main thing is to just believe! After all, who knows what pleasant meeting fate has in store for us? Maybe it’ll happen today!