While they are often loving and joy-filled, an autistic person can also become easily agitated, and can sometimes be difficult to calm back down again.

In the case of a young man named Bubba from Tennessee, his mother knows one way to ease his anxiety: police officers.

Deputy Loftis of the Bradley County Sheriff’s Office was called to Bubba’s home because the young man was agitated and his mom knew “Bubba loved officers.” But when the deputy arrived on the scene, no one expected him to get down in the middle of the driveway and start doing push-ups.

Scroll through below for a look at the two photos that are going absolutely viral. They show Bubba and Deputy Loftis smiling and doing push-ups together.

This deputy’s brilliant idea and display of compassion have now proven to be a beautiful inspiration to folks around the world. 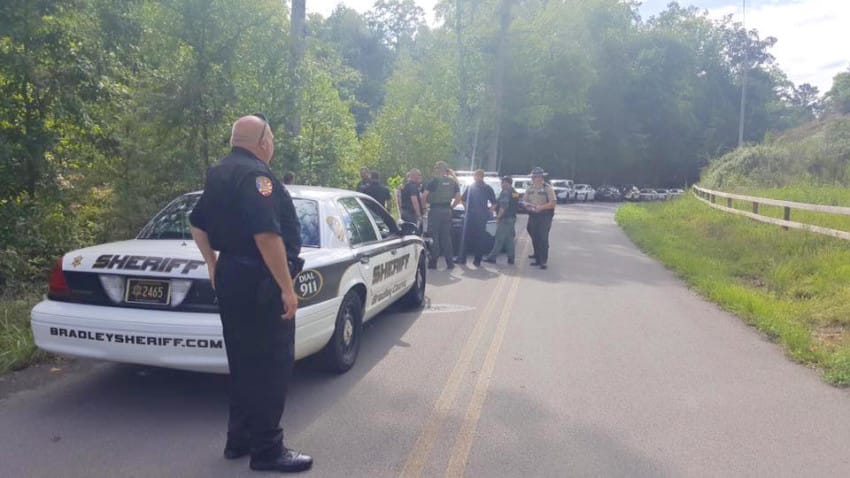 The Bradley County Sheriff’s Office posted an incredible photo of one of their patrol deputies making a massive difference in the life of an ordinary citizen. They write:

“Dep. Corey Loftis was dispatched to a residence in reference to a boy with autism who was severely agitated. The mother knew ‘Bubba’ loved officers so she called for a deputy to respond to her house.” 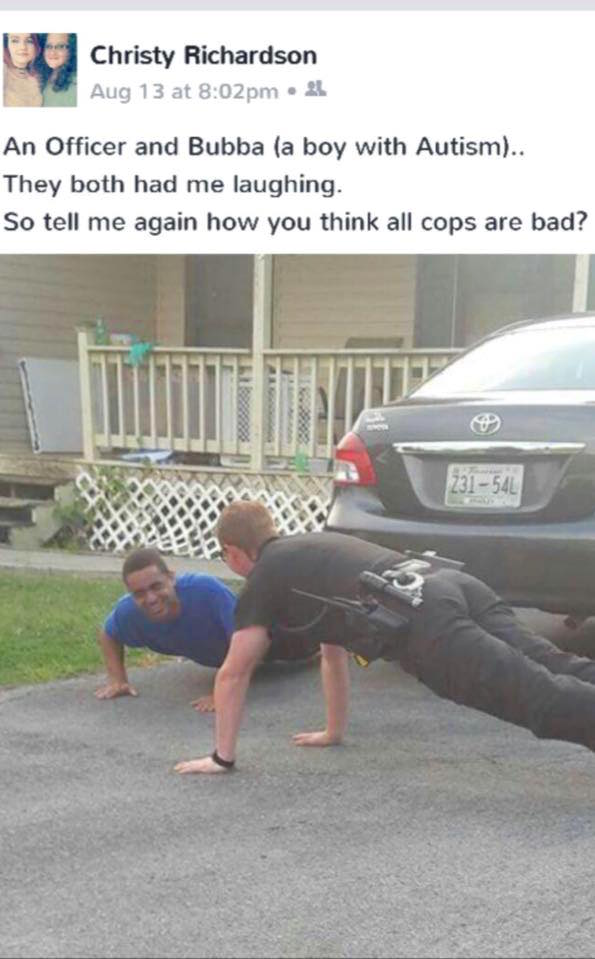 “When Dep. Loftis showed up, he was able to calm ‘Bubba’ down and showed him how to channel his frustration by doing ‘PUSH-UPS!’

“The mother advised, ‘Bubba was laughing before Dep. Loftis left, which at the time I thought was impossible!’” 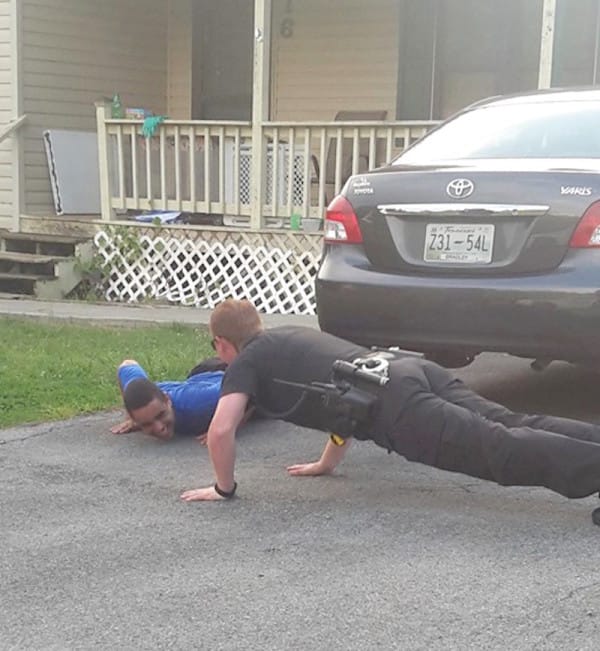 The boy’s mother, Christy Richardson, shared the photo of the beautiful interaction, which has now started going completely viral.

Thousands of people have already shared the image, with this heartwarming display of kindness gaining traction on social media and in the news.

Bubba’s mom even commented, “I’m Bubba’s mom and I can’t thank Officer Loftis enough for what he did.” 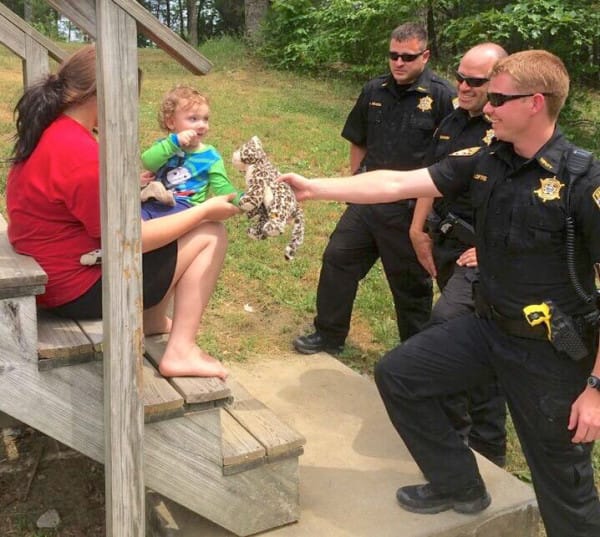 This incredible interaction isn’t the first time that Deputy Loftis and the Bradley County Sheriff’s Office have gone above and beyond the call of duty.

Here they are easing the fears of a young boy with the gift of a stuffed animal. 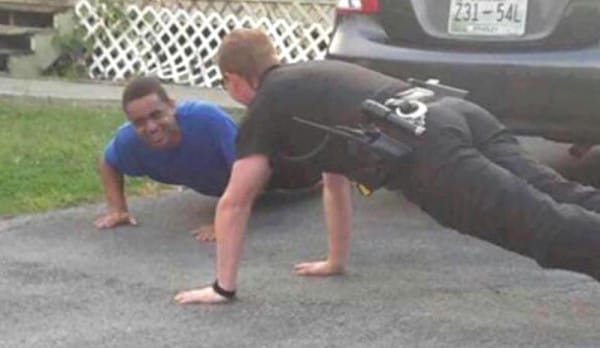 This small act of kindness on the part of Deputy Loftis not only made a difference in the lives of Bubba and his mother, but it is now inspiring people around the world. It just goes to show that a little compassion can go a long way.

What do you think of what this cop did to make a difference in a young man’s life? Let us know in the comments.