Decades may have passed between these sets of photos below, but the love is still there. In fact, these couples seem more in love in their current photos! They aren’t sharing their secrets to keeping the love alive but clearly it’s lasted a long time!

1. They met when they were three and enjoyed many a carousel ride. Years later, they’re taking the same trip, this time as newlyweds. 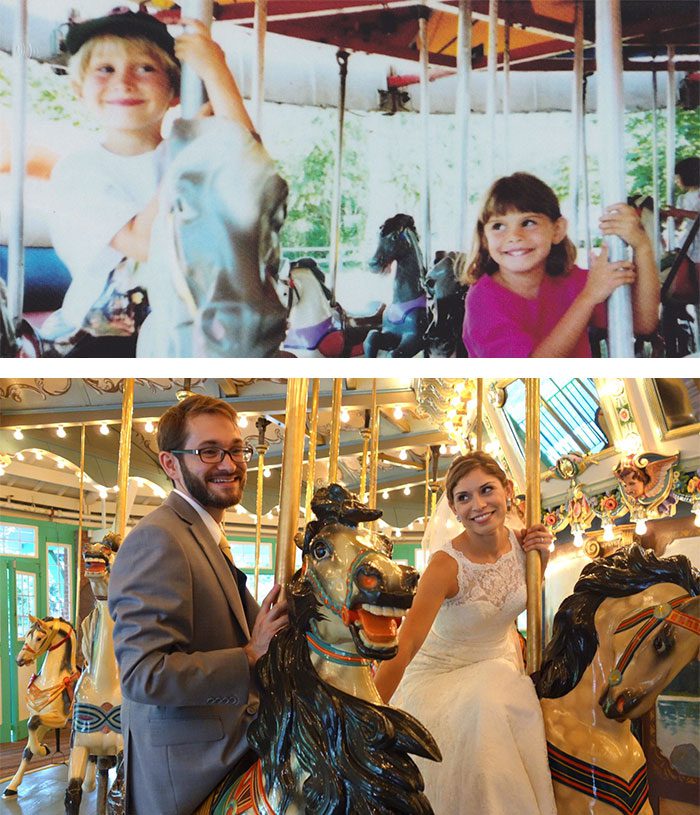 2. This couple recreates their wedding photo after seventy years of marriage. They look beautiful on the left, but on the right? Incredible. 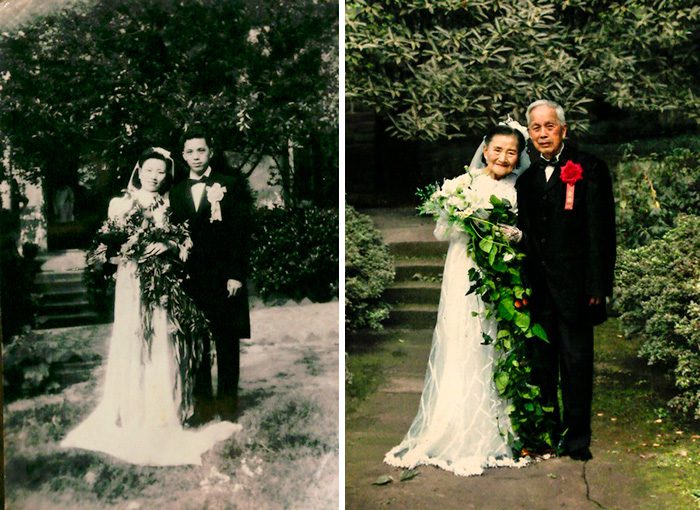 3. Queen Elizabeth and Prince Philip have been photographed constantly over the years. Time has passed, their looks have changed, but their shared smiles have stayed the same. 4. This couple commemorates sixty years of marriage with a kiss that proves the passion is still there. 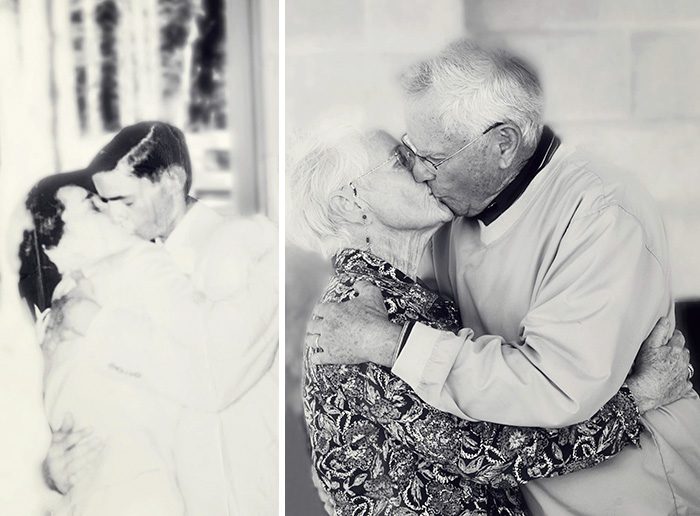 5. Is his wife a vampire? This man seems to think so, considering she looks exactly the same and can fit in the same exact dress twenty years later. 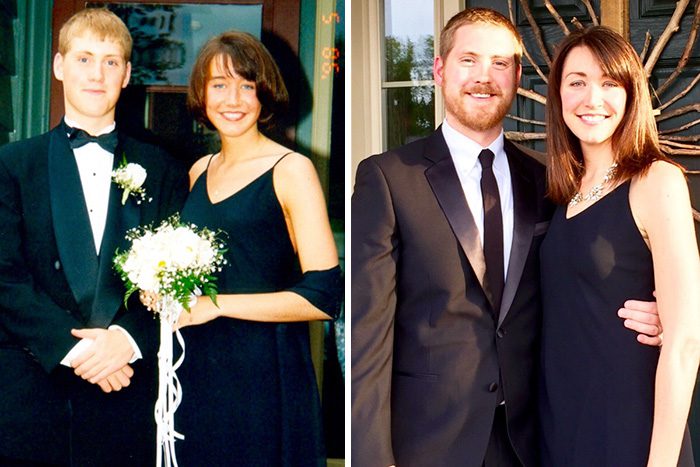 6. They started as flower girl and ring bearer before receiving the ultimate promotion to bride and groom twenty years later. 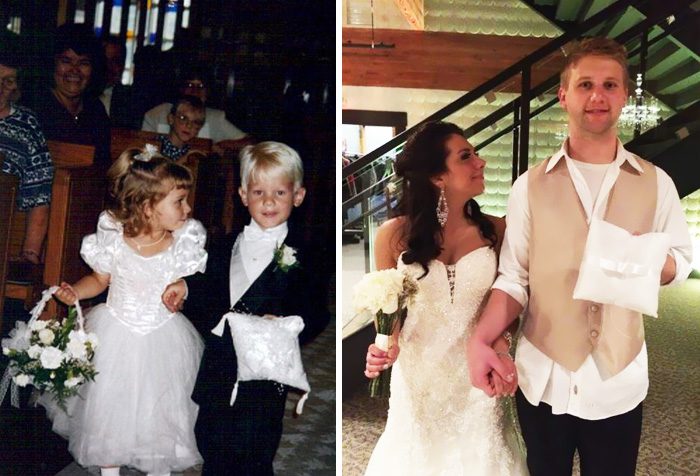 7. This couple hasn’t lost their sense of adventure. Forty years after their 1975 wedding, they’re still ready to ride off into the sunset. 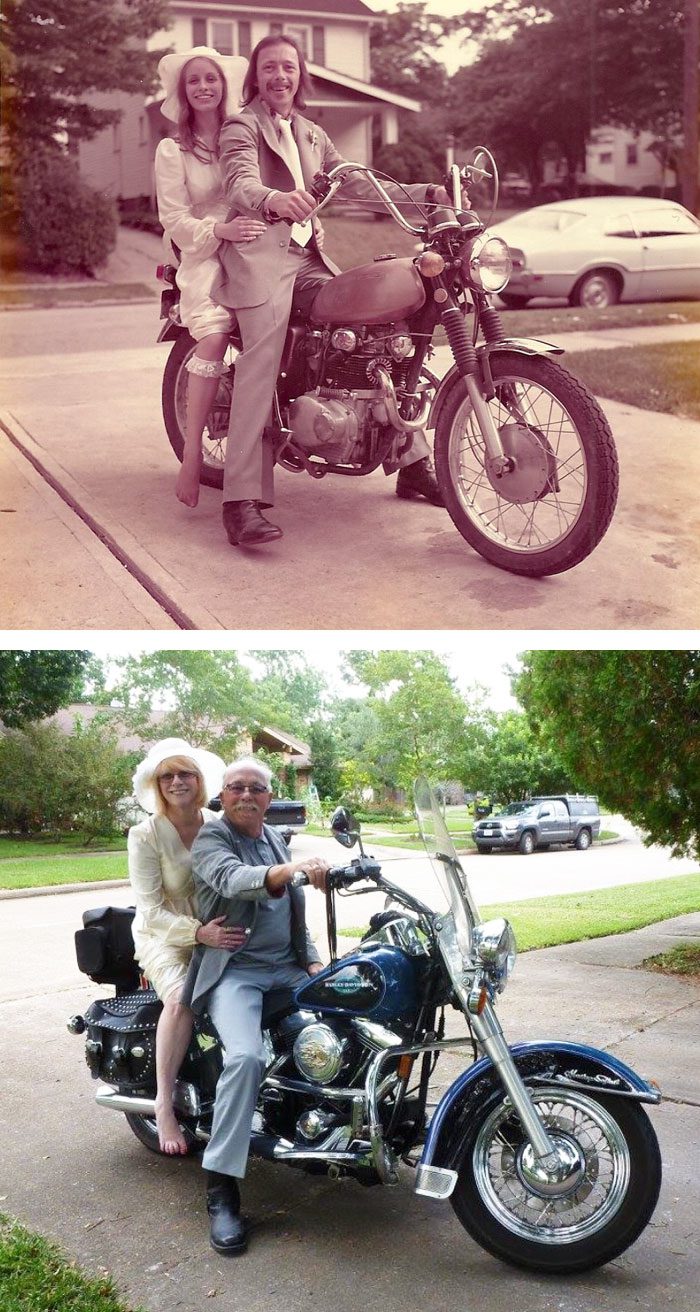 8. They played a bride and groom in a local carnival in 1926 before actually getting married years later. Now, after 70 years of marriage, they’re still happily together. 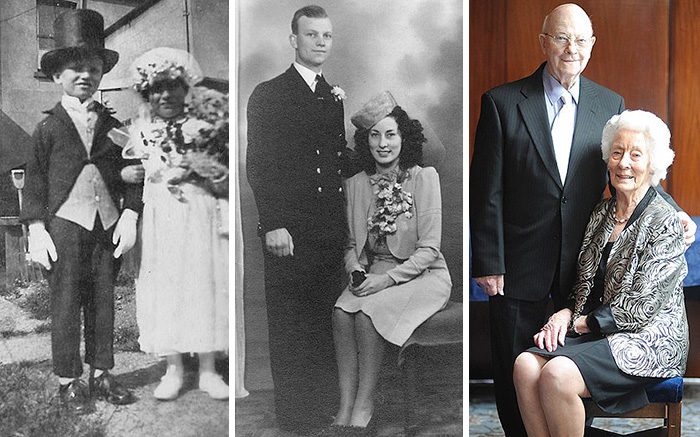 9. These two have been together seemingly forever. They were born only eleven days apart, started dating two decades later, and got married shortly thereafter. 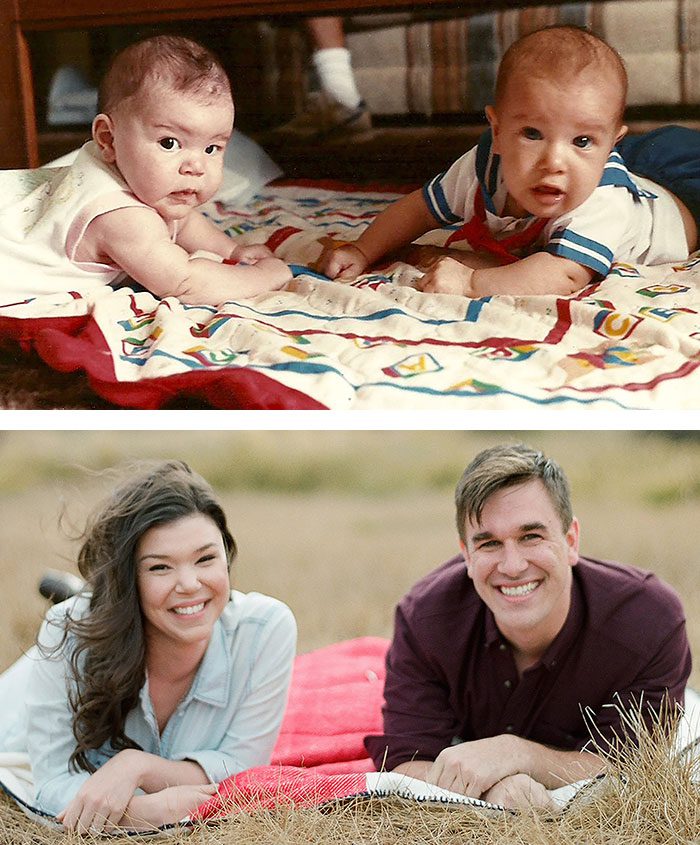 10. Katie and Joseph met in elementary school. Years later, they married and had a son. More importantly, they’ve stayed true to their grade school style in clothing and accessories. 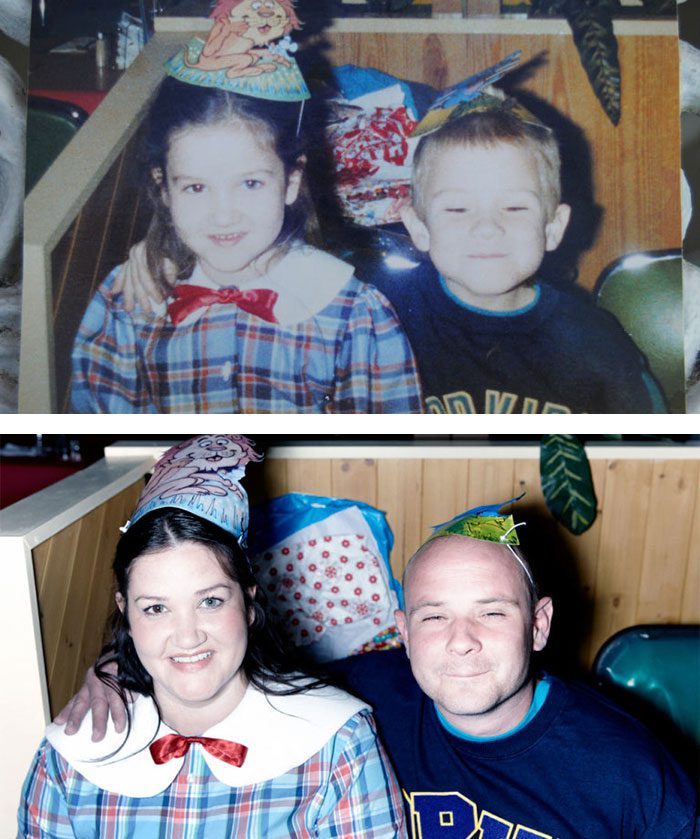 11. It took a little convincing from their children, but these lovebirds agreed to recreate their wedding photos after 45 years, and it’s safe to say that they look as dashing as ever. 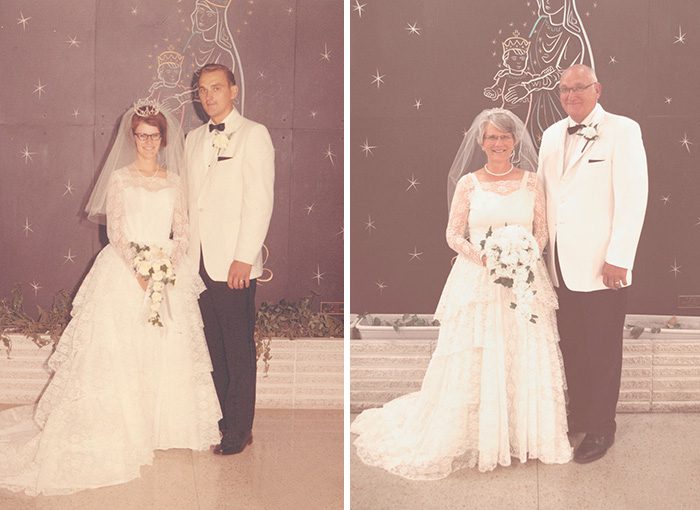 13. Buenos Aires in 1970 and 2010, and not much has changed. That includes the happy couple featured in both photos. 14. It’s been 44 years since this couple got married, but they’re still enjoying wedded bliss. Anneli is probably especially happy since she found out that her wedding dress still fits! 15. This couple is clearly still so in love. I’m not sure what their secret is, but I think a fantastic sense of humor might be part of it.