Dealing with teenagers, is never easy.  They are approaching the age where they start to become more independent thinking they will be an adult soon.  Heidi Johnson has first hand knowledge about teenagers.

Her son, Aaron tried lying to her about completing his homework and when he was confronted , he said he has a job and that he was eventually going to do it.  Aaron makes a little money off of his YouTube videos and started to feel a sense of entitlement.

Johnson wrote a letter to her son and left it on his door.  You can read the hilarious letter below. 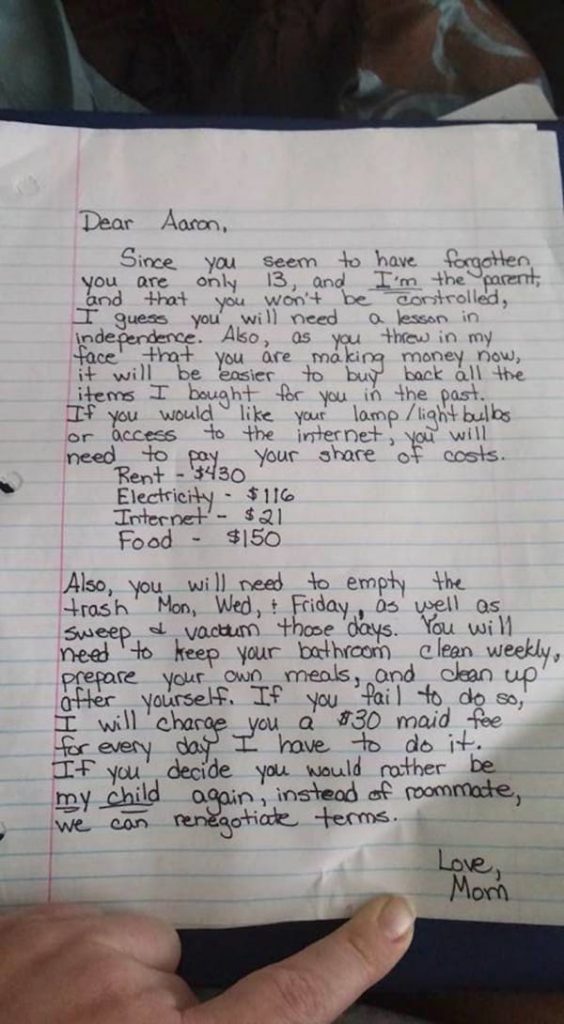 The mother originally meant to only share this letter with her friends, but it somehow went viral. The post has since been shared over 165,000 times.

After reading the letter, Aaron crumpled the letter and stormed out the apartment. The mother said, “When he could be respectful, and I was more calm, we would discuss it further.”

The parenting style worked. An hour later Aaron took it upon himself to give her all the things that she has bought him that he felt like he should earn back. He apologized to his mother and asked what could he do to make things better.

After making amends, the mother went and wrote a detailed contract with her son to have a set of guidelines and understanding. The guidelines incorporated how the would complete his homework, help out around the house and various things of that sort. 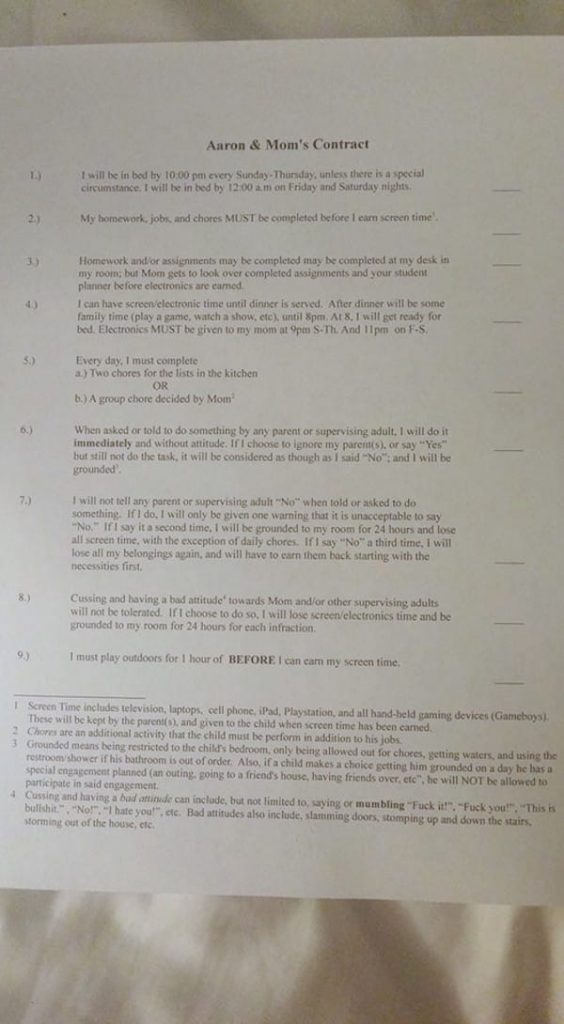 Heidi knew how to make her child understand the relationship that they have. Teenagers take things for granted as they grow up, and this can happen if they start earning a little bit of money.