Home
Humanity
Dad Kicks Out Wife And Kids. 30 Years Later, He Sees A Waitress And Realizes She Looks Familiar

Sean Whalen knows firsthand the pain and trauma caused by a bitter divorce. He vividly remembers the day he came home as a little boy, only to find his father had changed the locks. There had been a nasty fight earlier that day, and so Sean, his little brother, and his mother were kicked out of their home and suddenly left to fend for themselves.

Now that Sean is a single dad to three growing kids, he’s come to understand the strength and determination it took for his mother to push forward, raising him and his brother against all odds.

Recently, Sean took his son to grab dinner at a Chinese restaurant. He couldn’t help but notice that there was something oddly familiar about their unassuming waitress. “Over small talk and water refills, I got the sense that this single mom didn’t want to be there but had to be there and she was doing her best to smile,” Sean wrote on Facebook. “It tore my heart out.”

The kind yet burdened server reminded Sean of his own mother.

Instead of paying his bill and walking away, Sean did something for the waitress at the Chinese restaurant that’s taking the internet by storm. When you see it, I guarantee you’ll be moved in a big, big way… 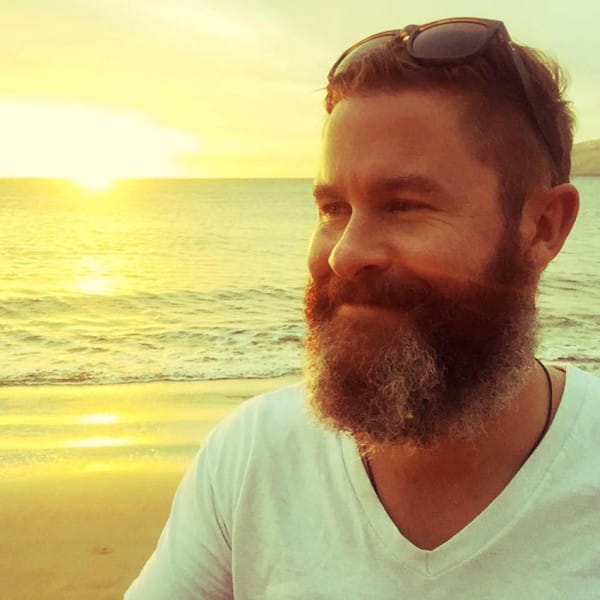 The day my parents split up is forever etched in my mind.

Me and dad get into a big fight.

Me, mom and my little brother take off cause my dad is going nuts.

We stayed at a hotel that night.

When we came back the next day my dad had changed the locks.

I watched my mom plead with him through the door to let us in to get clothes etc.

We had to go back later that day with a police escort.” 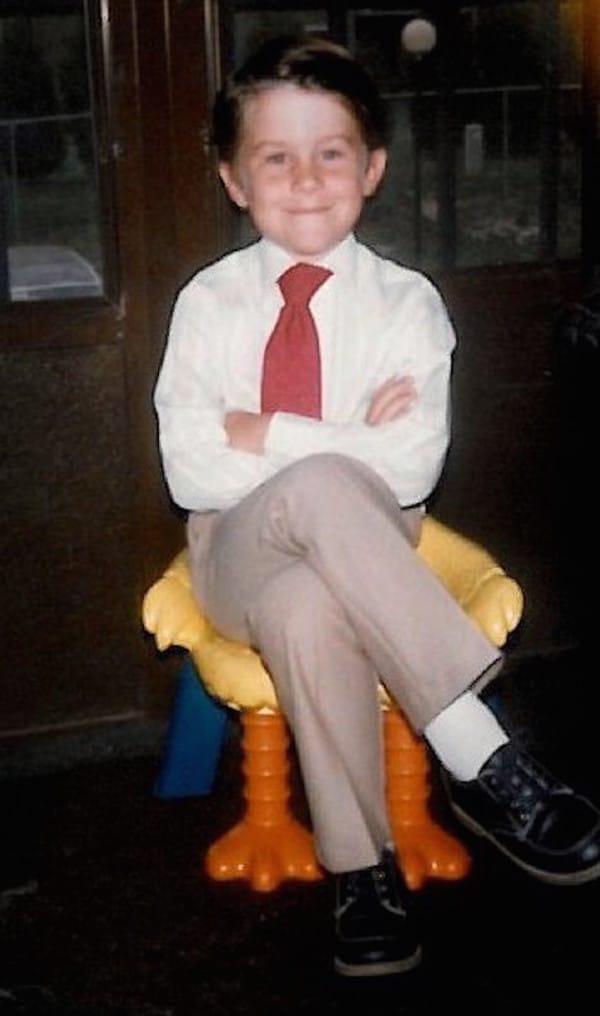 “I’ll never forget the cops handing me a black trash bag saying I had 10 minutes to take the necessities.

I loaded up all the clothes I could fit into the bag, and that was the last time I ever stepped foot into the house I was raised in.

Me, mom and my little brother moved into a little condo and didn’t have jack shit.

People from the church brought over pots, pans, couches, beds, and food.

My dad cashed out the bank and literally left my mom with the money in her pocket.

Not a damn thing she could do.

No family around.
No real support other than strangers from the church.” 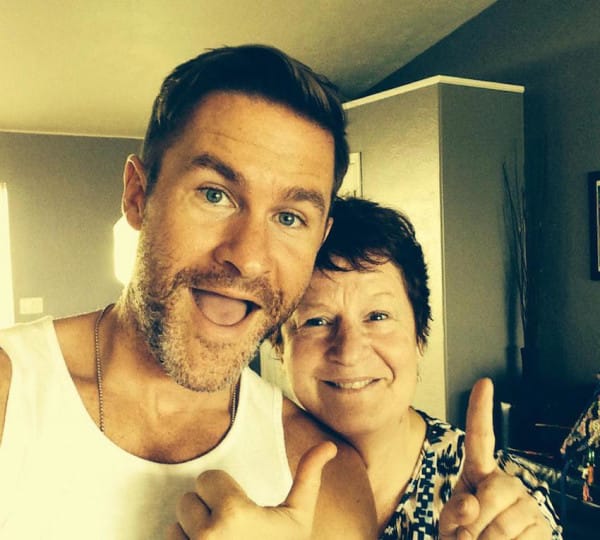 “I still to this day don’t know how she did it.

I have no idea how she didn’t throw in the towel at times.

I remember vividly walking past her room countless nights seeing her on her knees praying.

I can only fathom what those conversations were like between her and God.

I can only fathom the number of tears that poured down this sweet woman’s face as she pleaded with God for a break.

I have felt some intense pain in my day.

I’ve questioned many things, but this single mom with two boys never gave up.

She never one time gave up.” 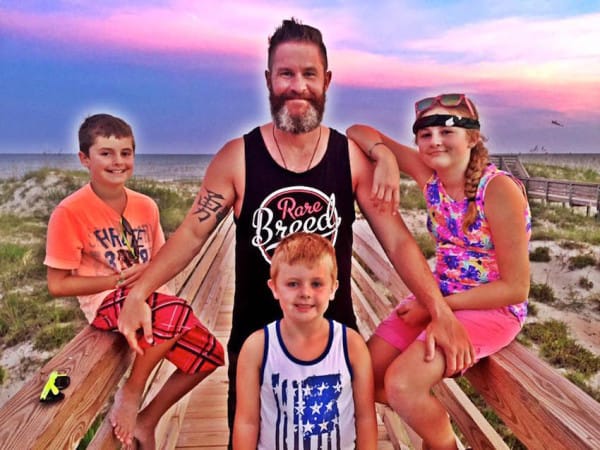 “I only began to realize what mom went through working multiple jobs when I became a single parent.

I never understood when I was younger the grind and effort she put in for me and my little brother.

She worked her ass off to just get by.

But she worked man.

“Tonight as my son and I sat at this little crappy Chinese joint we love, there was a new waitress.

And this little white waitress.

She was absolutely fantastic and kept complimenting my son on his manners.

We ate our dinner.

Over small talk and water refills, I got the sense that this single mom didn’t want to be there but had to be there and she was doing her best to smile.

It tore my heart out.

I thought of my mom, and I saw the same hustle in this woman that I saw in my mom.

Maybe by choice.
Maybe not.” 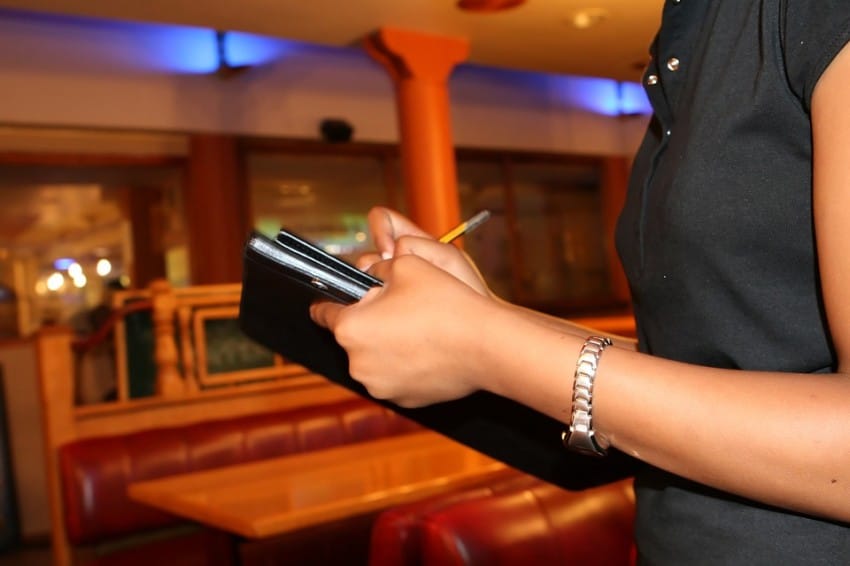 “But working on a Wednesday night to ensure she can put food on the table and shoes on the kids’ feet.

Not for opulence.
Not for status.

To hopefully be able to provide the things for her kids that will put a smile on their face.

I empathized for her.

I felt her pain.

I kept thinking of my mom and how difficult it is for a single woman to go from homemaker to breadwinner.

I can’t even begin to understand what that must be like for some moms.

But I hoped tonight in some way it might put a smile on her face, and she can go home to her babies happier than when she left them.

I don’t know her whole story.

I felt tonight that maybe along the way someone did this for my mom, and that’s what kept her going on nights she wanted to quit. 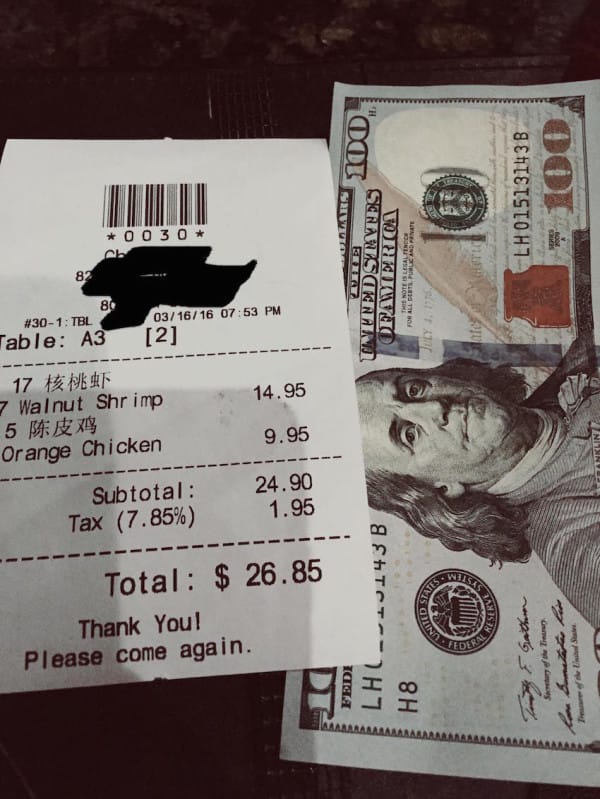 “But I do know this.

I have been blessed beyond measure, and my mother paved the way for my persistence.

She showed me how to bounce back.

She showed me what work and effort is.

I hope this small gesture with my son tonight brightens this woman’s life so she can wake up tomorrow and fight a good fight.

You are beautiful and your posterity will learn from your efforts. They are watching you.

Just as I watched my mom.

You are my hero.”

What an incredible, inspiring account of love and loss. It takes a lot of courage and strength to be a single parent, and Sean’s words are truly touching.