When you’re a kid, there’s no denying that bunk beds are pretty awesome! With just a little bit of imagination, they can also become magical play lands for any youngster. What if you could give their imagination a little boost by actually turning one into something spectacular?

This genius dad did when he decided to start this amazing project for his daughter. Check out what he did!

This dad knew he wanted to do something special for his daughter, so he started planning a big project. First, he gathered a whole bunch of seemingly unrelated materials. 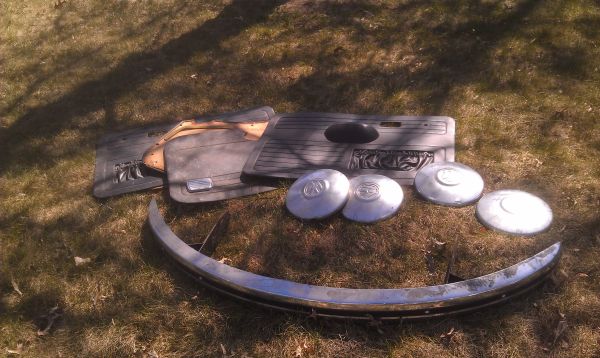 He then took the frame from a regular bunk bed, and prepped it for the big project. 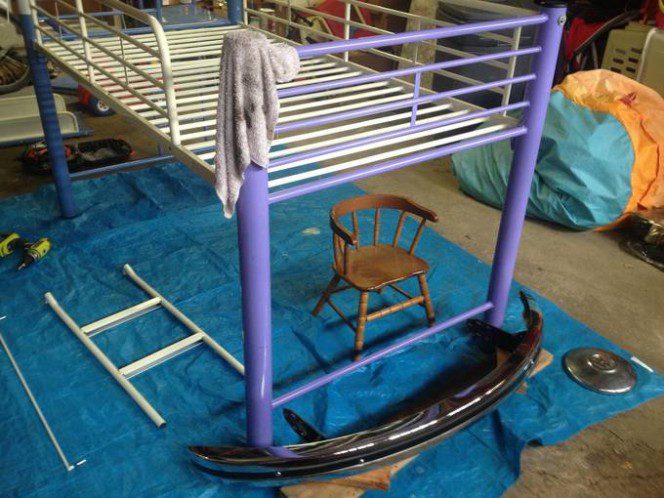 Dad bought this simple bed frame off of Craigslist for only $25! 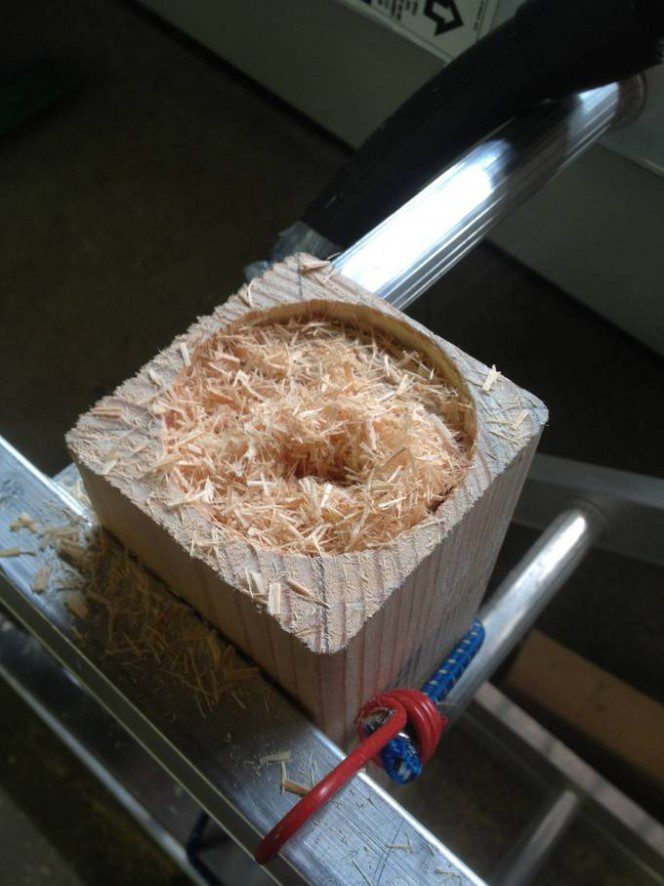 Once some additional height was added, he moved on to the next part of his design. He built a frame to give shape to the body of the bunk bed. At this point, his little girl had no idea what she was getting. 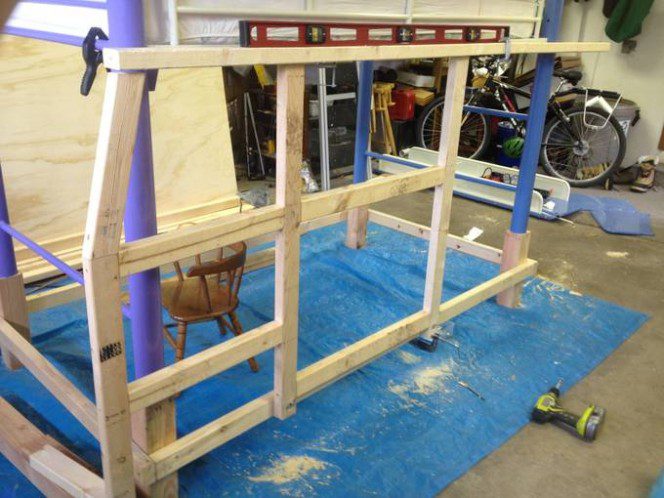 Dad got an old bumper and mounted it to the front of the bunk bed. He rounded out the panels to give it a familiar shape. 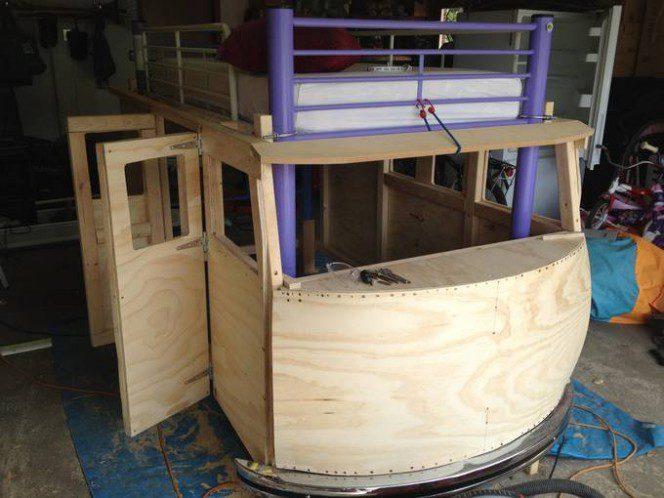 All it was missing was a coat of paint and some windows! 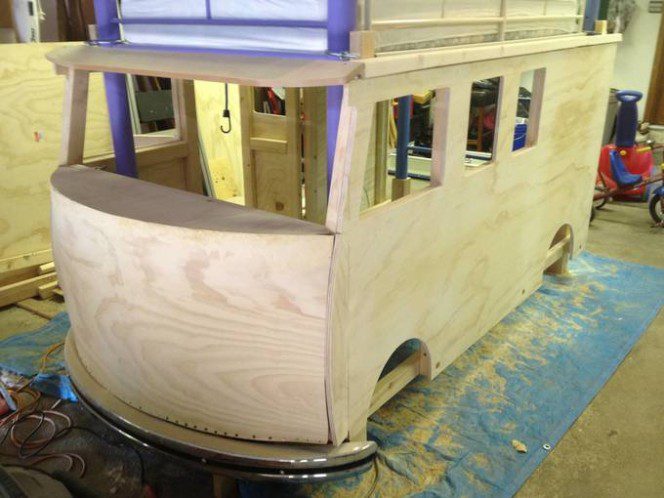 A layer of paint was added in this distinctive ‘V’ shape. 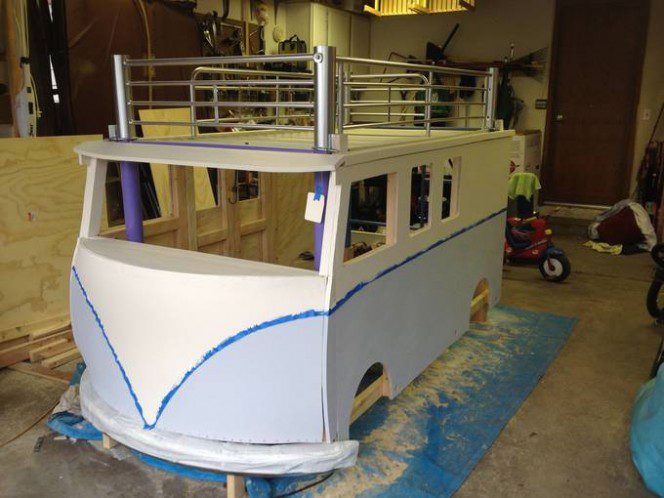 Then he painted it a familiar orange. For character — and accuracy — he added a dashboard, complete with a wheel and speedometer! Here’s a close-up view of the dashboard. He even stained the wood to give it that nice old feel. Dad then added a little hammock where the bottom bunk would be. How cool is that!? It was really looking good. But the best part is still to come! It’s almost ready to be revealed, but a few finishing touches were in order… Every kid needs a hiding place for toys and other goodies. Once it was finished, it was time to get this amazing creation inside. Just look at the detail on the interior. What kid wouldn’t love this? First he moved the frame into his daughter’s bedroom…