Although we have seen a fair number of boudoir photo shoots, we have seen anything quite like this pumpkin-themed extravaganza before.

Boudoir photography focuses on romantic and intimate pictures of people. The photos are usually intended for one’s romantic partner. Sometimes we see them shared online to promote positive body images.

Gayla Thompson, a photographer, is familiar with boudoir photography, and now, even more in tune with the trendy “dudeoir” photo shoots.

This autumn, she and her husband Ryan decided to do something a little “different.”

Ryan stripped naked and posed with some pumpkins while Gayla caught the whole thing on camera.

The resulting photos are hilarious! Scroll down to see these hysterical pumpkin images. 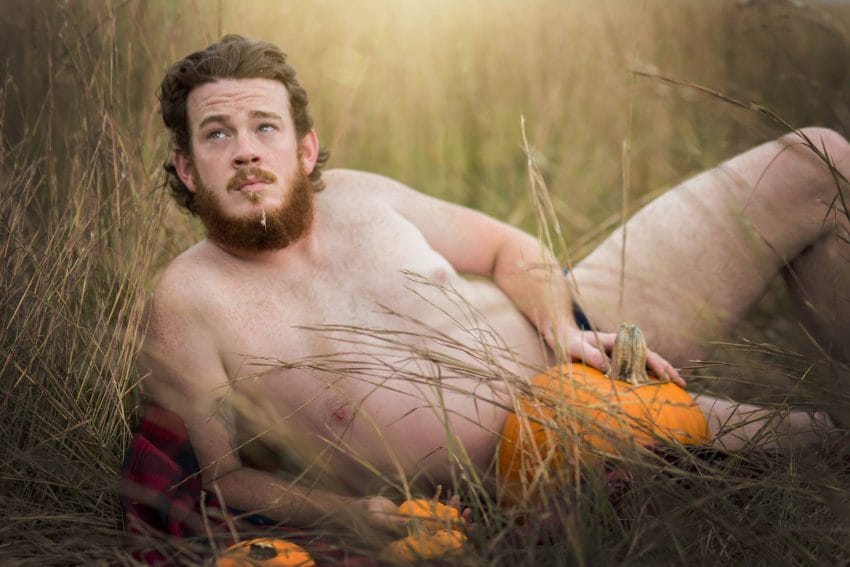 She also tagged it “dudeoir” and “pumpkin butt.” 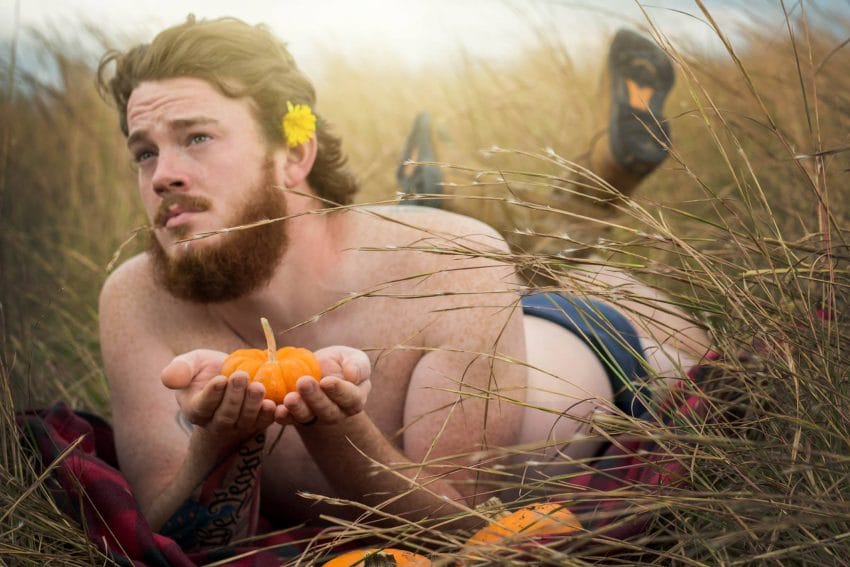 The photos feature Ryan posing with pumpkins in various states of undress. 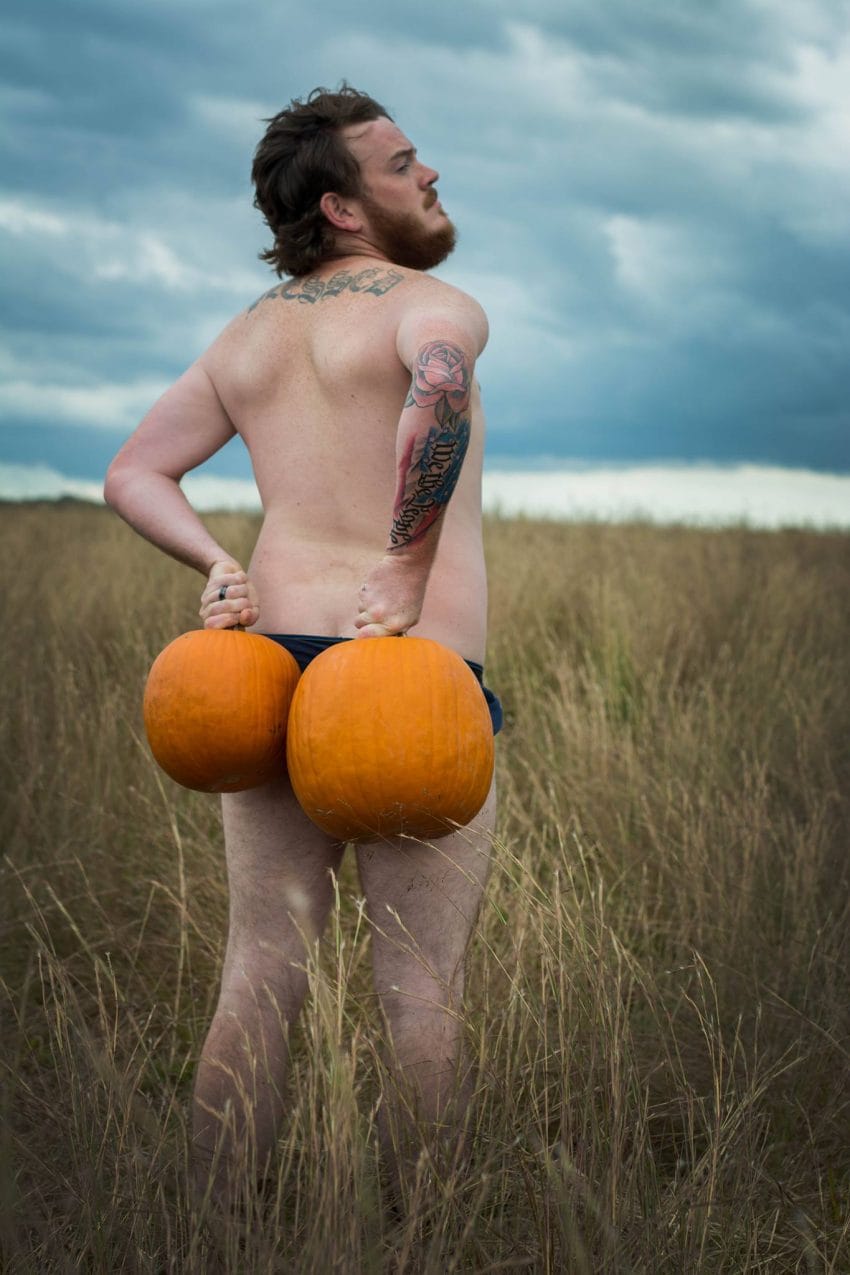 He used a variety of different-sized gourds and jack-o’-lanterns. 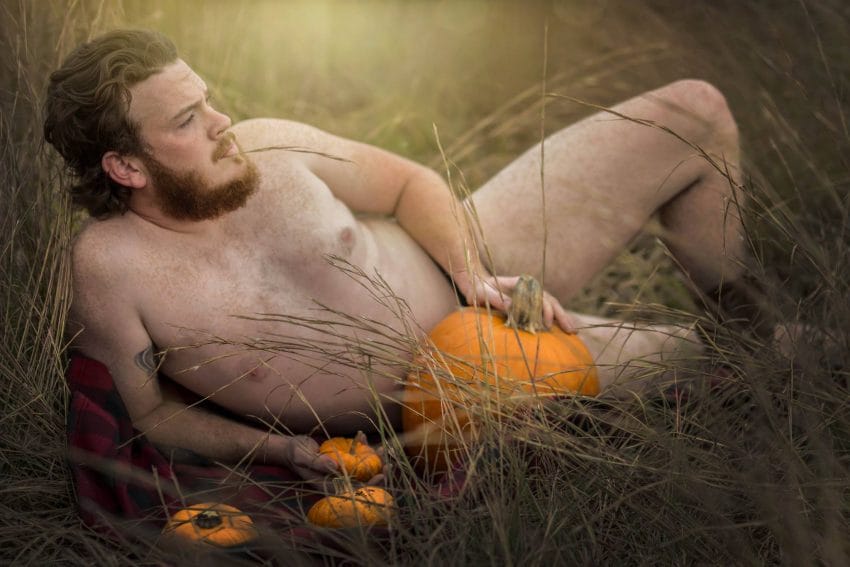 Ryan is staring wistfully off into the distance in most of the images, 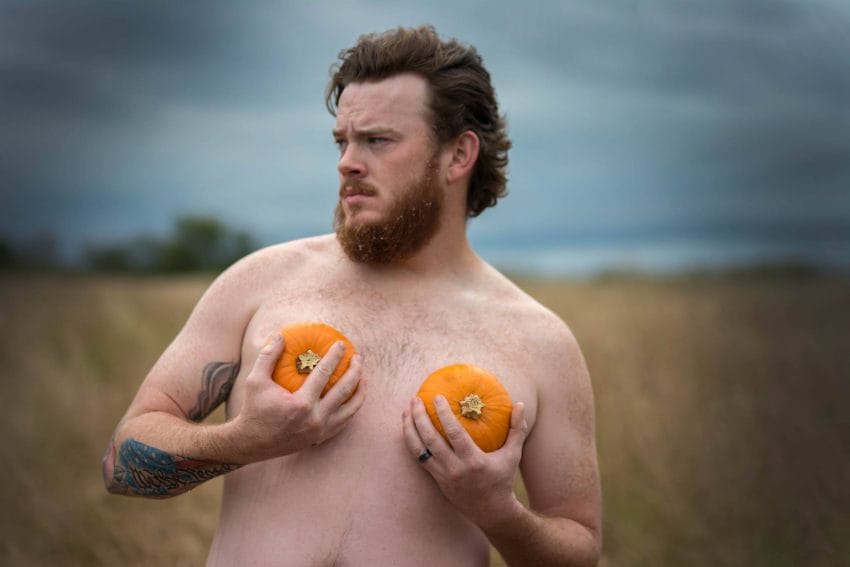 Ryan is the perfect model for an outdoorsy dudeoir photo shoot.

He honestly seems to be enjoying himself. 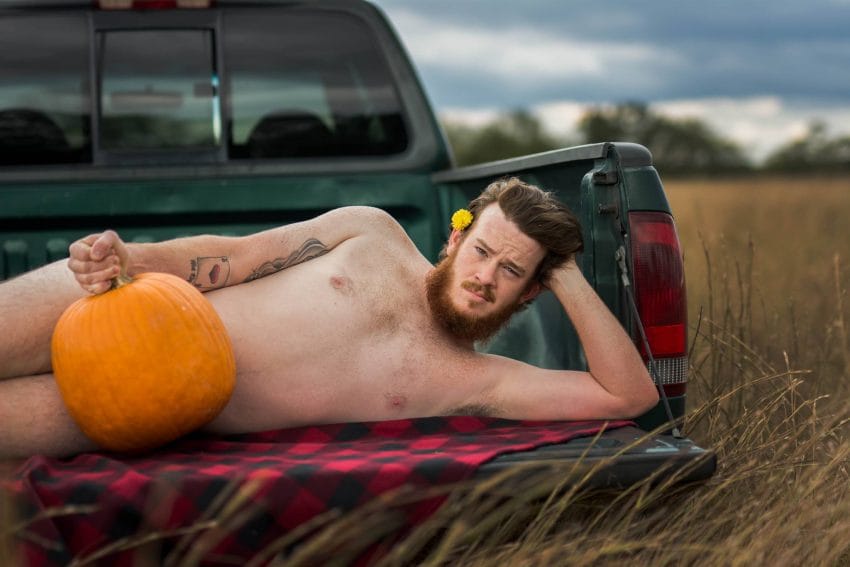 One woman wrote, “You got one hell of a husband, Gayla!” 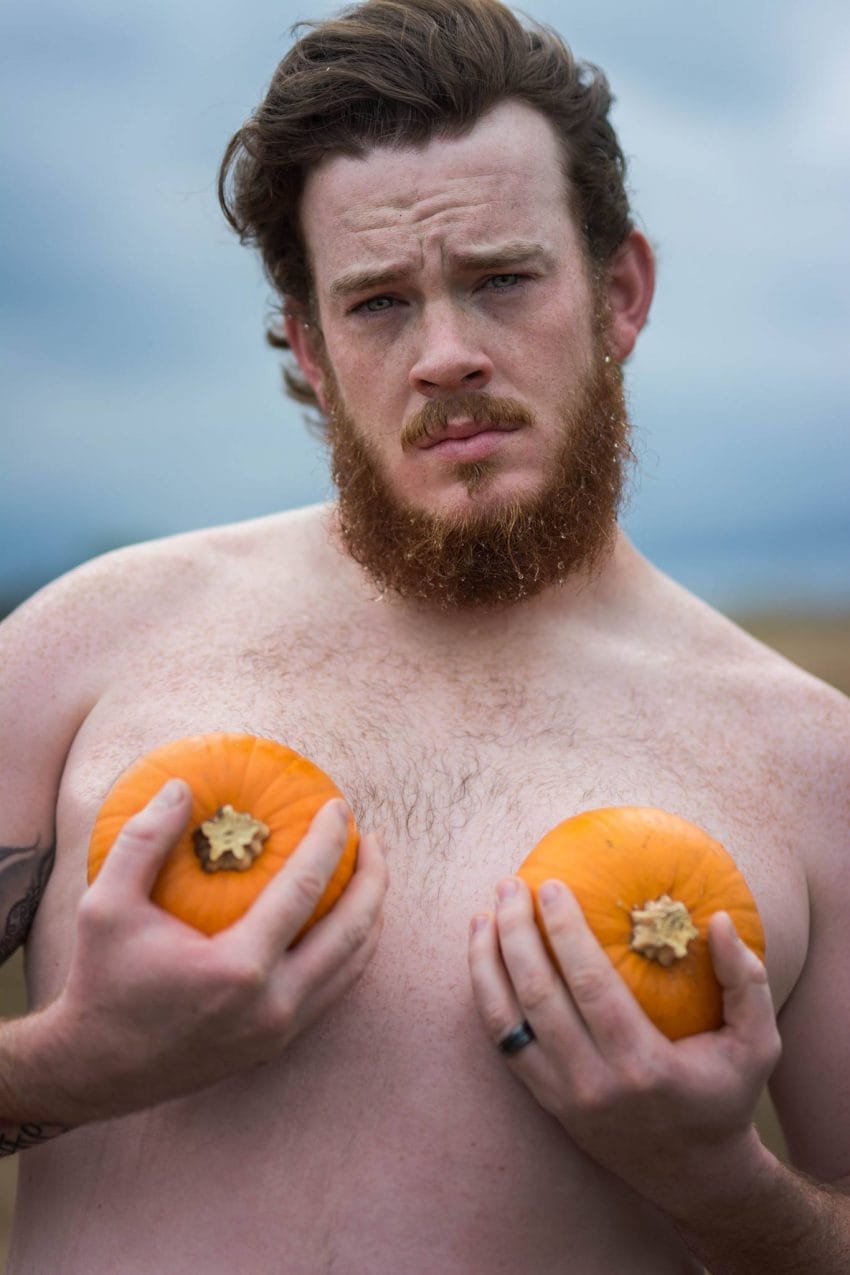 Other women started tagging their boyfriends and husbands, begging them to take photos dudeoir photos.

Most people just thought the pictures of Ryan were funny. 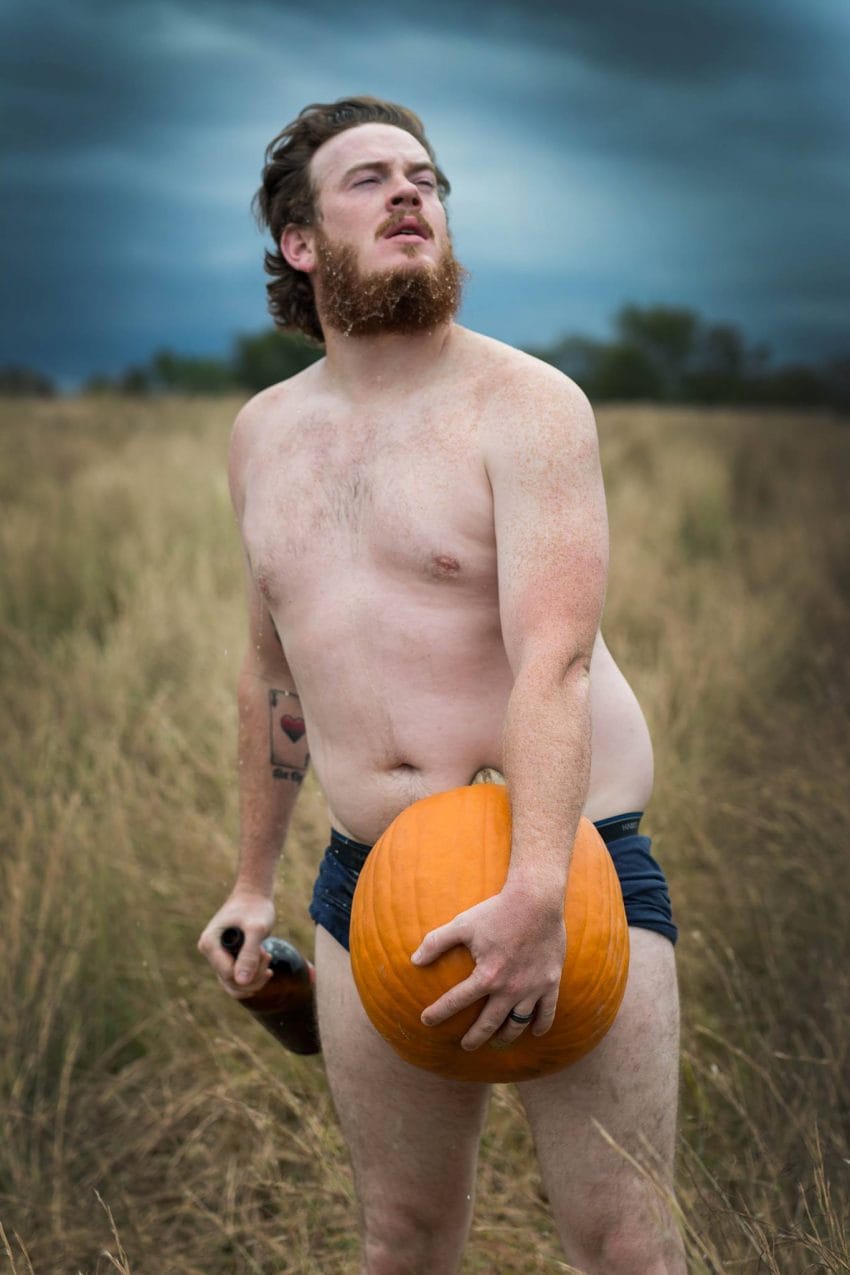 Another commenter wrote, “I’m laughing so hard I just spit all over my cat!”

While others just posted the “laugh-crying” emoji. People all around the world are falling in love with Ryan for being such a good sport and doing this photo shoot for his wife. 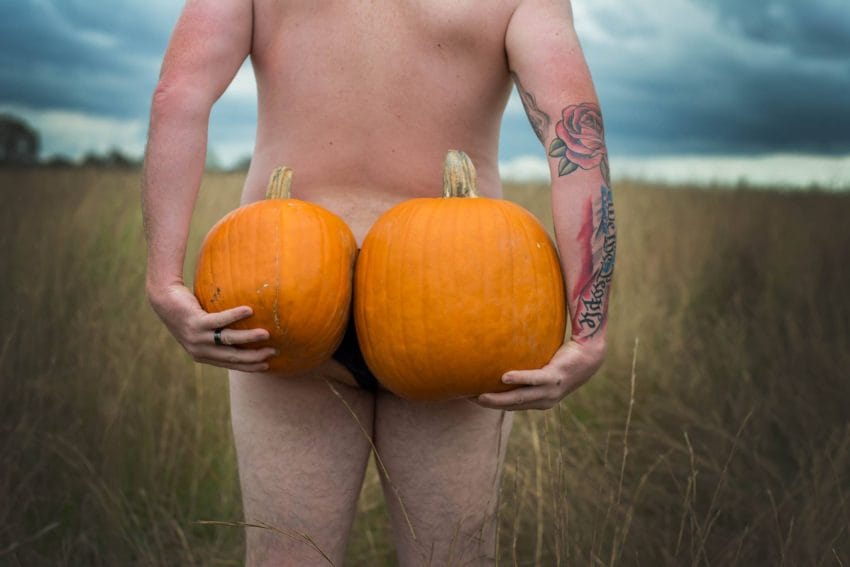 Ryan is an absolute star, and one thing is clear, it’s that Ryan and Gayla have a wonderful relationship. 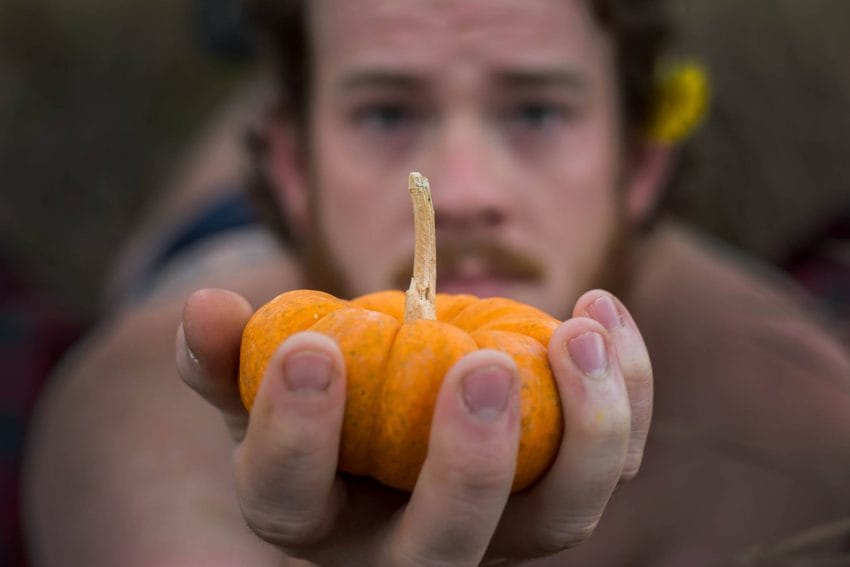