Every morning, Barbara grabs a coffee from the drive-thru window at Dutch Bros. in Vancouver, Washington. Recently, Barbara was sitting in her car and next in line… but it was taking an abnormally long time to move forward. It seemed like the driver in front of her was holding up the entire line, and that’s exactly what was happening. The worker at the window was speaking with the woman ahead, and seconds later, two more employees gathered at the window. What could possibly be taking so long?

Suddenly, Barbara noticed the trio of employees pile on top of one another, lean out of the drive-thru window and reach toward the woman in the driver’s seat ahead. The young men then tightly grabbed onto the woman’s hand at once. Barbara snapped a photo.

It wasn’t long before the woman ahead drove off to get on with her day, letting Barbara move up in line. But then Barbara learned why the woman had been holding hands with these three complete and total strangers. I guarantee it will move you to the very core.

With more details about the act of kindness she had just witnessed, Barbara promptly posted her photo on Facebook, along with her touching account. Since then, it’s been shared thousands and thousands of times… 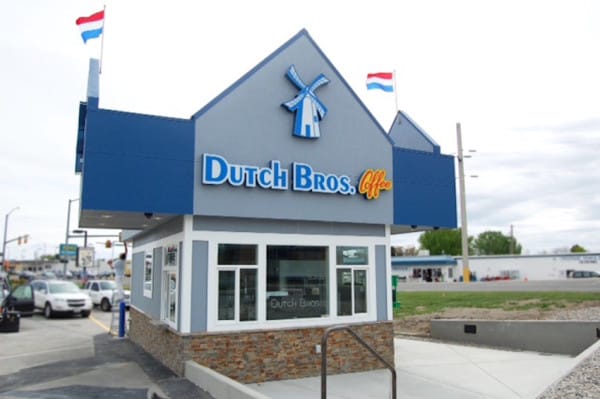 “Snapped this picture while waiting in line at the Dutch Bros on 138th Avenue today.” 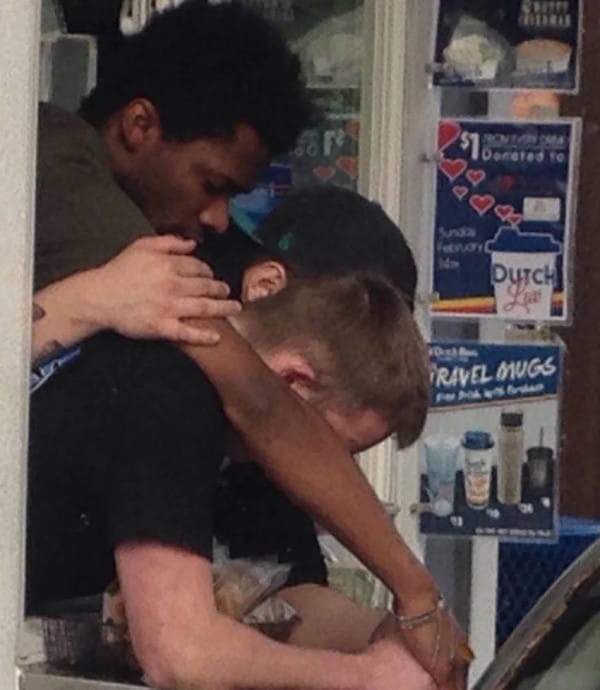 “Turns out the young lady in line ahead of us lost her 37-year-old husband last night.” 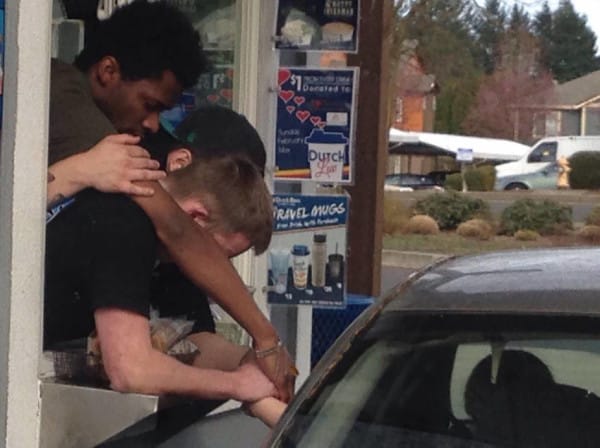 “When the DB guys & gals noticed she was falling apart, they stopped everything and prayed with her for several minutes, invited her to come back for prayer and support, as well as anything else that she might need.

Prayers for the young family and you know where to stop for coffee!”

That’s not the only way Dutch Bros. is showing its kindness as a company. The coffee franchise is currently raising money for Officer Nathan Taylor, who was recently killed in the line of duty. Below is a video about its touching fundraiser, and how you can help.

What a powerful image of kindness. If only more people could be this giving with their hearts and hands.