Kham La, a young elephant, lives at Elephant Nature Park in Thailand, where she’s formed a very special relationship with one of the workers, Darrick.

“From the first day he showed love and kindness to their group,” Elephant Nature Park founder Lek Chailert wrote of Darrick. “It did not take long for them to love and accept him back.” 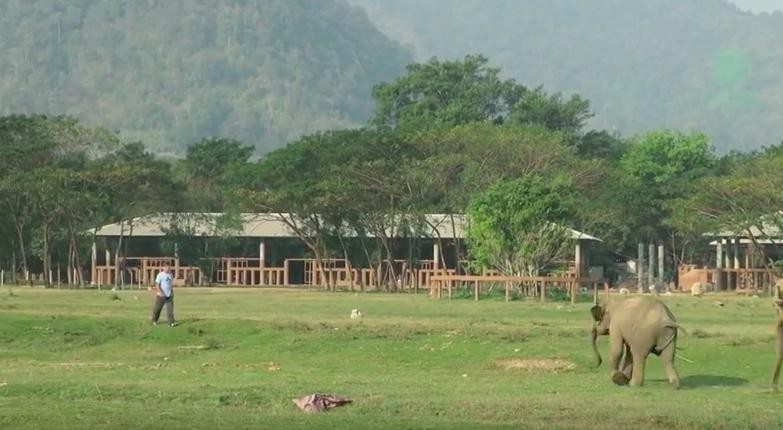 That love couldn’t be clearer than it is in a video Chailert recently shared. When Darrick steps outside and calls Kham La’s name, she comes sprinting towards him like the happiest, biggest puppy in the world, calling out in excitement at seeing her favorite human.

Later in the clip, Kham La and Darrick can be seen running together holding hands — with her trunk wrapped tightly around his hand.

This isn’t the first time Kham La and Darrick’s special relationship has been caught on camera. A video posted in January shows Kham La running to greet Darrick when he drives his tractor up, trumpeting happily and leaning her head into the driver’s seat for pets.

Unfortunately, many captive elephants, like those in Thailand, are used for entertainment and labor and subjected to brutal training regiments. Chailert said that the strong bond between the young elephants and their caretakers is partly due to the knowledge that they won’t be hurt.

“The elephant know[s] his heart and can see that he has no tool to force them [to perform],” she wrote.