Home
Humanity
Inmate Escapes, Is Busted After Trying To Smuggle In Variety Of Food And Booze

Joshua Hansen, 25, of Dallas, an inmate from a federal prison in Texas, escaped in an effort to bring back a stash of goods that included booze, tobacco and a large amount of home-cooked food, authorities said.

US Marshals and Jefferson County deputies arrested Hansen after authorities were alerted that inmates from a federal prison in Beaumont were escaping. They were getting out from the rear of the facility and crossing onto private land owned by a local rancher. Once there, the inmates were picking up contraband and taking it back into the facility, sheriff officials said. 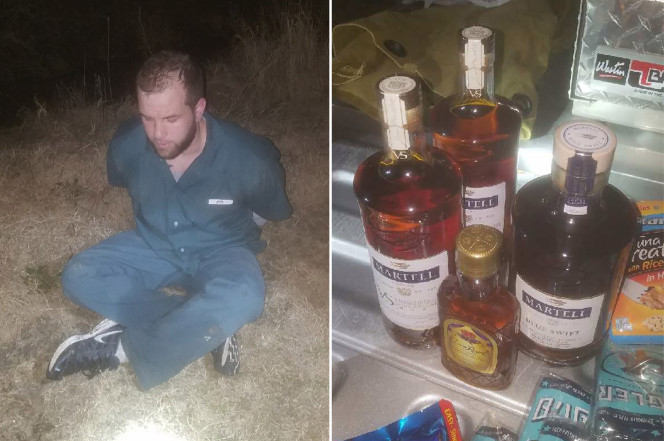 Joshua Randall Hansen after being captured.

Once the authorities set up a surveillance operation, police watched while a vehicle drove onto a neighboring property leaving behind a large duffel bag.

Hansen was spotted two hours later running from the prison and grabbing the bag. He was apprehended while he ran back toward the prison.

The bag contained three bottles of brandy, a bottle of whiskey, dozens of packages of tobacco, packaged snacks, fruit and a large amount of home-cooked food, including sausages, chicken, rice, and vegetables. 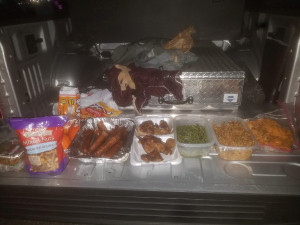 Hansen was already imprisoned on narcotics charges and was booked into the Jefferson County Jail on charges of escape and possession of marijuana. Capt. Crystal Holmes said a federal hold has been placed on Hansen.

Jefferson County Sheriff’s Deputy Marcus McLellan said the “arrest highlights a growing problem of contraband smuggled into the prison by inmates who have walked off the facility pretty much since Day 1” to pick up banned items and bring them back to their cells.