When a Jefferson County woman came out to her car after shopping, there was a $100 bill on the windshield.  She posted on Facebook so that other holiday shoppers would not fall for the phony scheme. 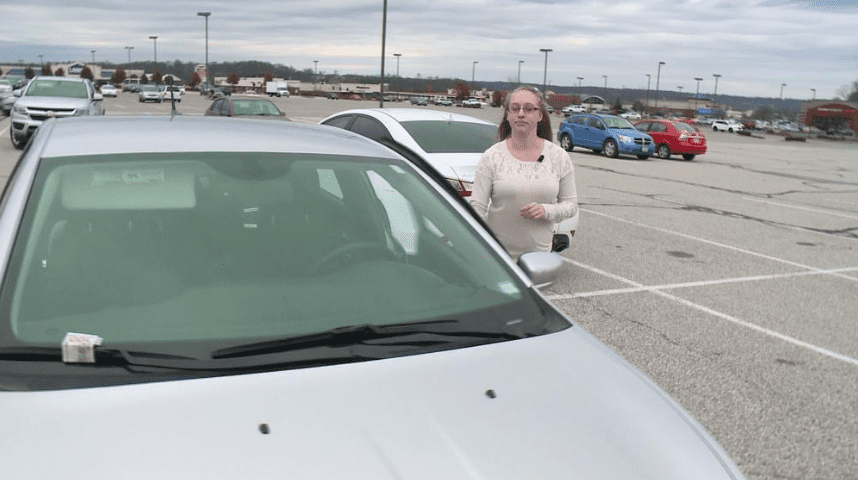 The lure of a $100 bill could cost someone their car, or worst yet, their life. 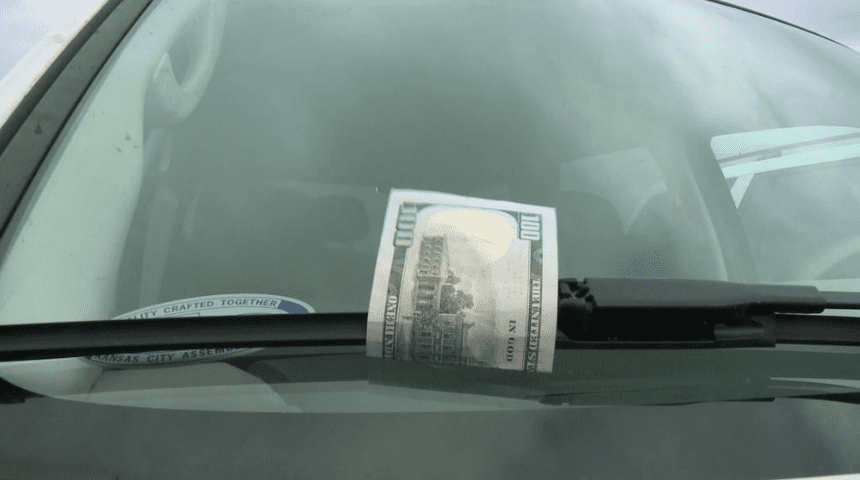 Earlier in the year, the Maryland Attorney General had reports of a $100 bill scam around this time last year.  It’s now being done in St. Louis.

Kyri Viehman didn’t notice at first that someone had slipped the bill under her windshield wiper. 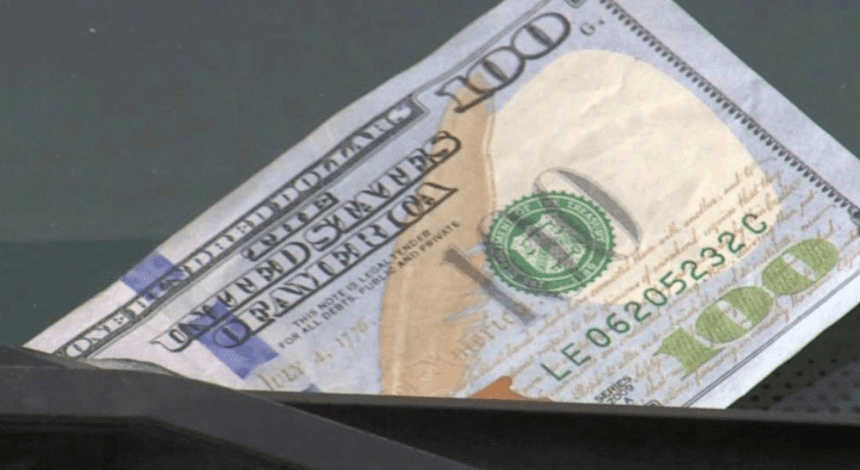 Kyri and her baby son met her mom at the Gravois Bluffs shopping center in Fenton and then went to Michaels to buy decorations their first family Christmas tree.

They didn’t notice what turned out to be “fake” bills, until they drove away. 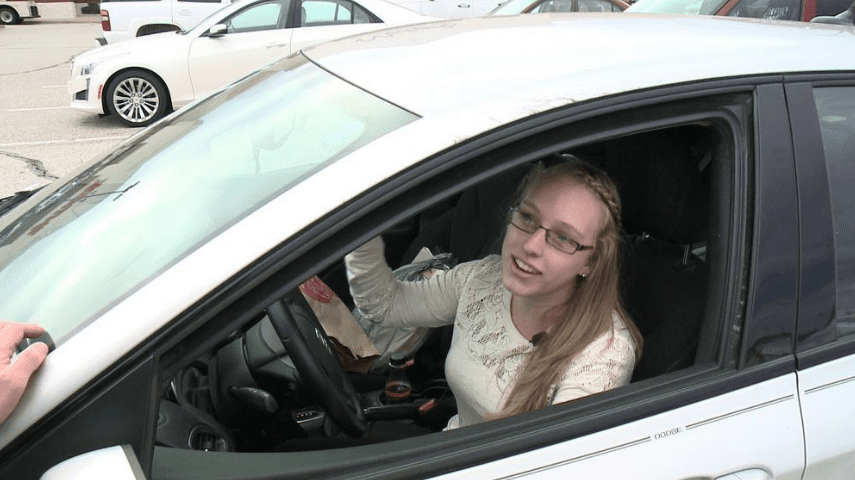 “You leave the car running, open the door, walk over and grab the dollar bill and they jump in behind the wheel and take your car,” Kyri said.

It was a good thing she didn’t notice it right away, she could have been a victim, she said. “I probably would have got out and grabbed it … with the car still running with my son in the back seat.” 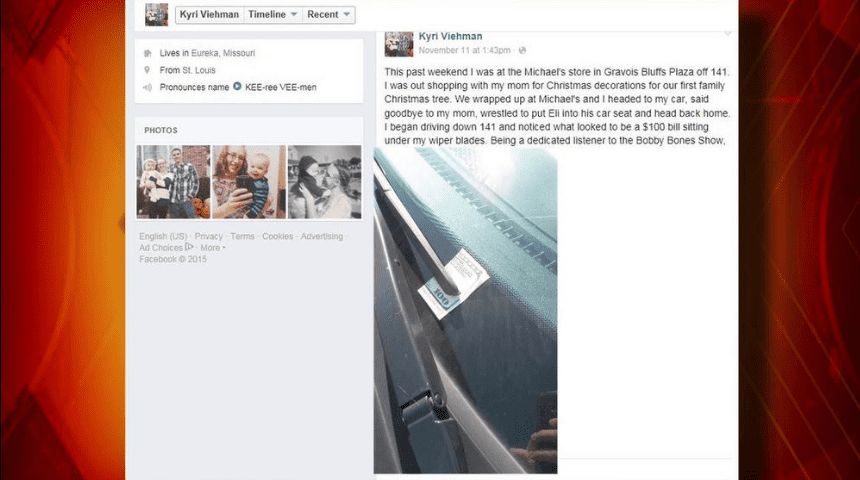 She immediately shared the scam on Facebook where it has been shared nearly 10,000 times.

“I thought somebody was paying it forward; somebody was like, ‘hey should has a little boy. Here’s $100 bill. Have a good holiday,'” she said.

All of the fake bills had the same message written on them: “You thought this was real, didn’t you?”