“When a Military Woman came into my work today for lunch, she ordered a Blue Moon and a Corona; I told her she could only do one beer at a time, she said ‘The Corona was for her brother who died in Iraq, and I won’t be drinking it.’

It just sat next to her at an empty seat her entire Lunch. When I brought her bill, I told her Buffalo Wild Wings would be buying that beer. This is what she wrote on her credit card slip.

After she left, I didn’t have the heart to dump the beer out and throw it away, so I put it on top of the cooler next the American Flag. When I showed my boss, his response was amazing. He said, ‘That’s fine, just do me a favor, put a fresh lime in it every morning.'” 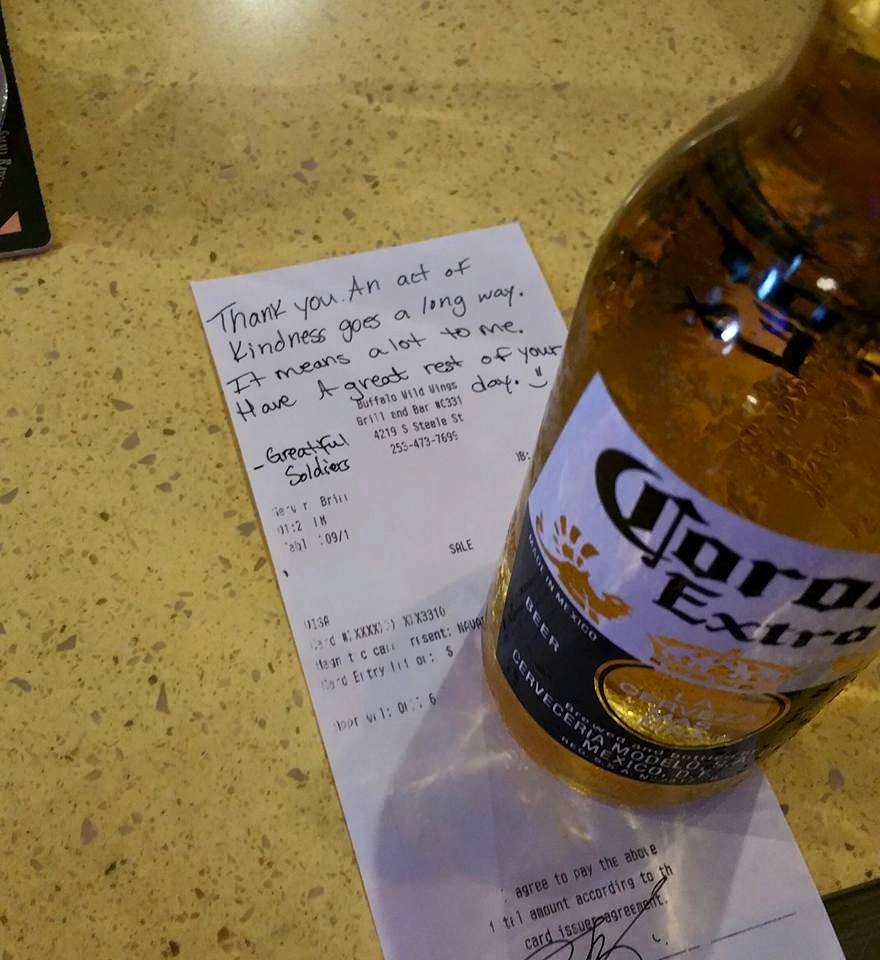 It’s wonderful to see a large establishment standing up and honoring an American hero who gave his life for his country.