Home
Animals
&
Places
It Was A Normal Day For This Farmer, When Suddenly He Found Something Strange In The Dirt

James Bristle from Michigan,was working on his farm when he suddenly saw something strange sticking out of the dirt.  James started digging up the object and quickly realized, this was no stick, it was a bone!

With the discovery of ribs, followed by a skull, vertebrae and tusks, it was certified that their find was that of a woolly mammoth which dates back thousands of years! 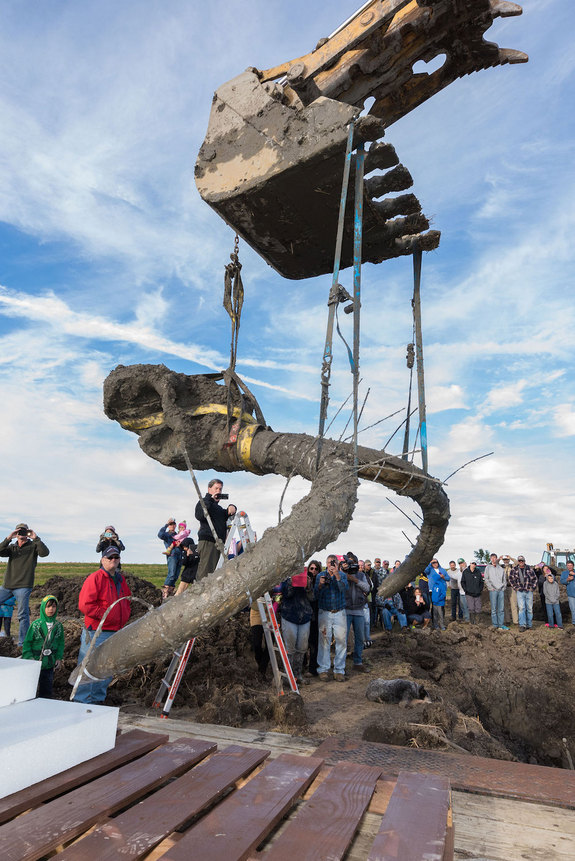 This was clearly a major find and Bristle realized the experts needed to be called in. University of Michigan paleontologists arrived and determined the bones could potentially date back 15,000 years! This indeed was the most significant discovery in recent times. 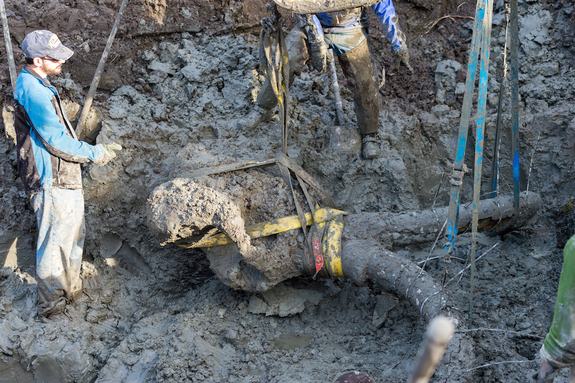 The excavation was completed by Dan Fisher. The mammoth find they are going to name Bristle Mammoth after the farmer who originally discovered it. Apparently it is one of the top ten most significant finds in the entire history of the state!

No date yet has been determined as far as the mammoth’s exact age, but they have estimated that it is likely a hybrid between a woolly mammoth and a Columbian mammoth. 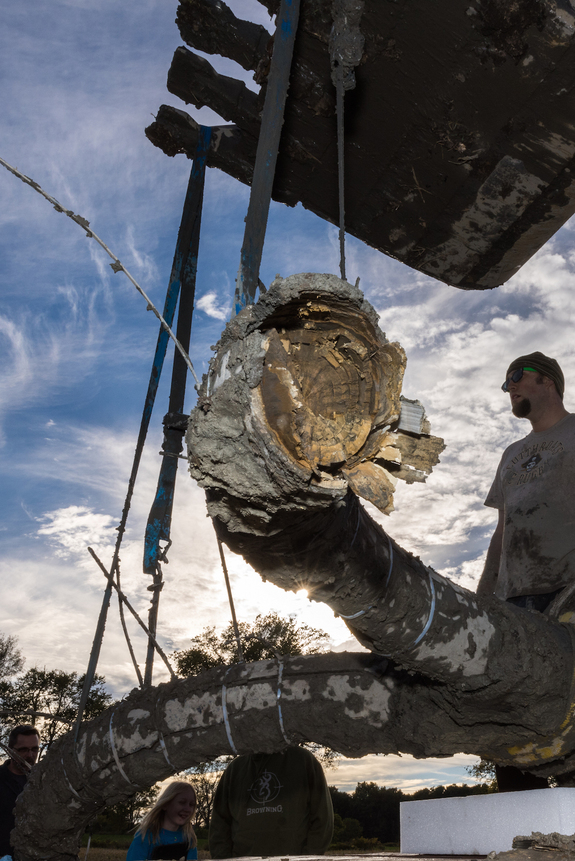 The farmer is donating the remains to the university. He wants everyone to enjoy seeing this very rare and majorly significant skeleton. A real class act gesture for Bristle to make.

Bristle stated the following on his decision to donate:

“I’d like it to go to a place where more people can see it and we can learn more about history from it. Really it’s just the right thing to do.”