The new ride opened at Universal Studios Hollywood on June 25, 2015. Cast members, including Vin Diesel, Michelle Rodriguez, Jason Statham and Tyrese Gibson, helped riders rev their engines as they experienced the attraction for the first time.

The cast of ‘Fast & Furious’ fast-and-furious-supercharged-the-ride.pngopening the ride. 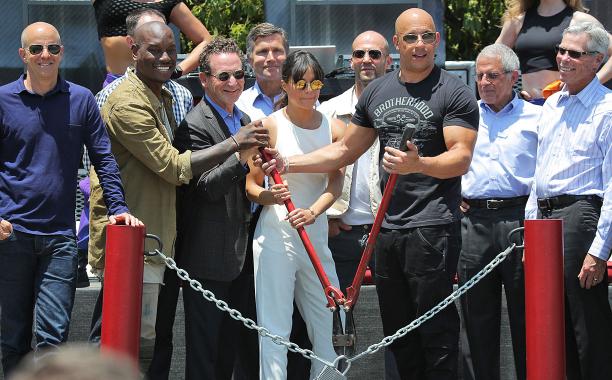 Fast & Furious – Supercharged takes riders on an immersive, 3D experience that puts them in the middle of the action. A custom 360-degree screen that spans 400 feet in length will help tell an original Fast & Furious story featuring characters from the franchise. 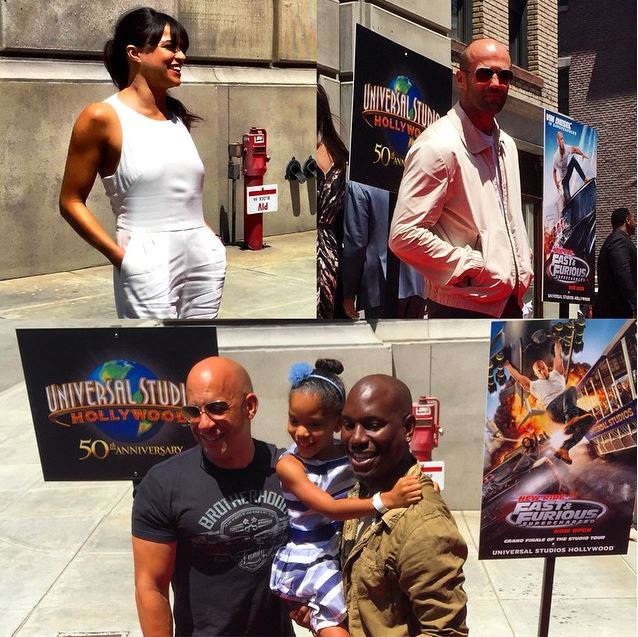 “It’s really a sensory driven experience, and I can’t wait to see what happens,” Michelle Rodriguez said in a statement.

The ride includes all the elements that make the Fast & Furious films action-packed: adrenaline, close-calls and fast cars—really fast cars. The ride simulates speeds of 120 miles per hour.

This ride isn’t just fast—it’s big too.  Universal converted 65,000 square-feet on its famous backlot to construct the ride. Thirty-four projectors will surround riders with high-speed action to make them feel as if they are inside a Fast & Furious movie.

Vin Diesel makes a speech at the opening day of ‘Fast & Furious – Supercharged’. The actor remembered co-star and best friend, Paul Walker, during the event. 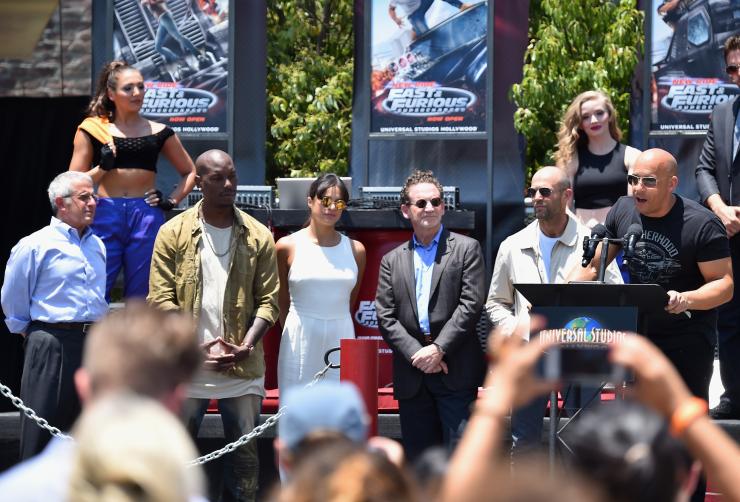 This ride was created with Fast & Furious fanatics in mind. Props from the films—including Dom’s iconic Dodge Charger—will be on display in the ride.

Dom’s Dodge Charger is one of the cars from the film series to be included in the new ride. 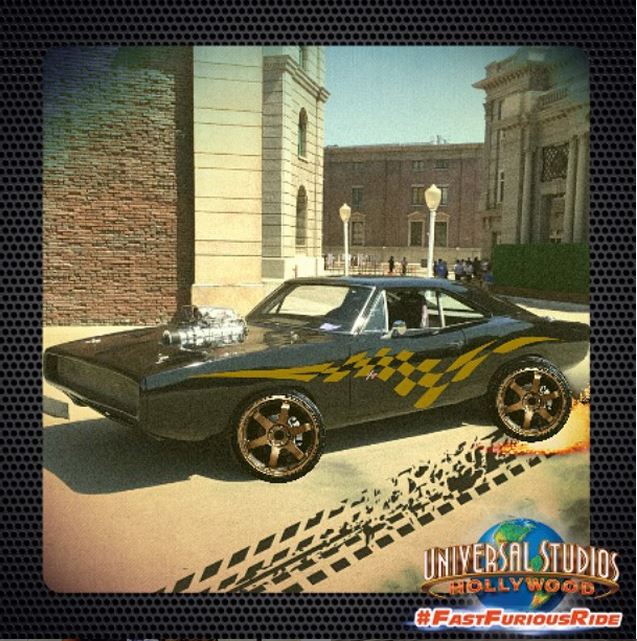 The new 3D effects used to create the ride will give visitors a more realistic and heightened experience with hologram technology .

“I know when we were making it it felt like we were creating something that I have never experienced,” Diesel said. “We employed all kinds of incredible technology. It’s going to be a real unique experience.” 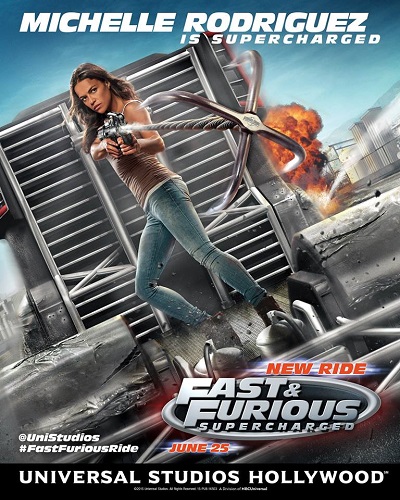 While riders will feel like they are in some of the world’s fastest and most expensive cars, they’ll actually be riding a tram. The new ride will be the conclusion to the famous Universal Studio Tour. 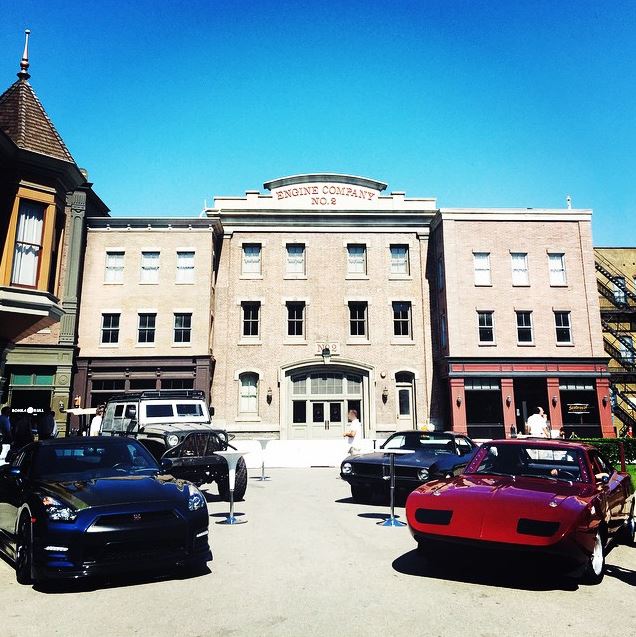 With Fast & Furious 8 scheduled for release in April 2017, Fast & Furious – Supercharged should give fans all the adrenaline they need until the next film installment. 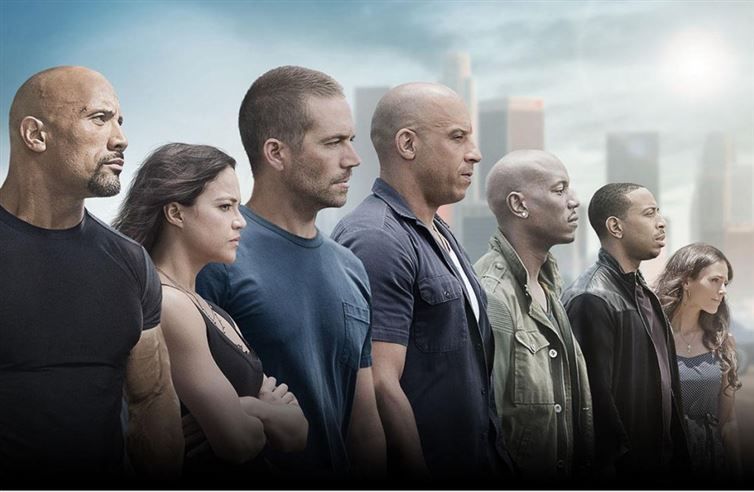