Home
Humanity
He Always Wanted To Meet His Biological Parents And When He Did, They Reconnected

Patrick Giblin, 38, was adopted when he was an infant. But as he grew older and eventually had a son of his own, he was determined to track down his biological parents, even though he already had two wonderful parents. But that “not knowing” just kept gnawing at him. He was ecstatic when he learned his biological mother had left her information with the adoption agency.

Another minutes spent on Facebook and there she was. Patrick said, “I knew the minute I saw her picture that I had found the right person. There was no mistaking the resemblance.” After a few hours talking to his mother, Stephanie, on the phone, she was able to locate Patrick’s father, Todd. The two were forced to split up after the birth and adoption of Patrick because they were young teenagers. They had not spoken since.

Stephanie’s husband died soon after Stephanie met with her long-lost son. And Todd was going through a separation from his wife. A short time later, the old flames were rekindled, and Stephanie and Todd resumed their relationship. It all apparently was just meant to be. 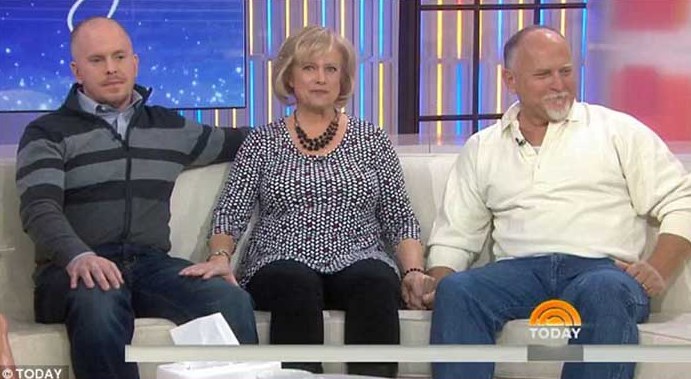