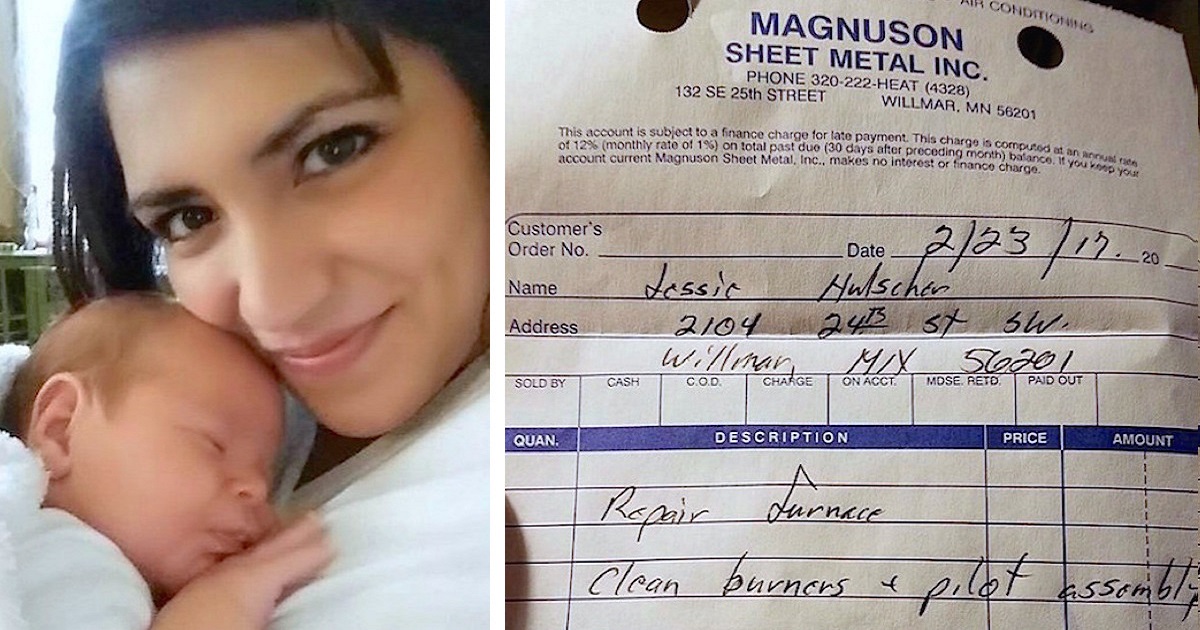 Here’s more proof that there are good people in the world… and that you never know when you’ll meet an unlikely source of inspiration.

On February 23, 2017, a furnace broke inside a family’s home in Willmar, Minnesota. Normally, this wouldn’t be a major catastrophe. But for Jesse and Maria Hulscher, the broken furnace sent them into a panic.

One day earlier, Maria gave birth to their second child, a baby boy named Adler. With a 2-year-old at home, a tiny newborn coming home in a couple of days, and a big Minnesota snowstorm on the way, the family was in desperate need of working heat.

Jesse called Magnuson Sheet Metal, hoping with all his heart that one of the repairmen would be able to fix the furnace on short notice… and on a budget.

Sensing the urgency in Jesse’s voice, the company manager, Craig, quickly dispatched a repairman. Within the hour, the Hulscher’s furnace was fixed.

A couple of days later, Jesse checked the mailbox and found an invoice from Magnuson Sheet Metal. But when he opened the envelope and looked at the receipt, he and Maria both did a double take.

Watch the video below for the heartwarming resolution.