Anyone who knows me knows that I have a crazy personality! A weird sense of humor and this guy witnessed it first-hand last night at Wal-Mart. With only 2 lanes open he stood behind me in line as I talked to my older sister on the phone.

I told him to go ahead because the line was all messed up and I was on the phone, in no rush. I teased him because he was texting but since I was “talking,” he could go ahead… as he proceeded to put all of his HEALTHY food on the pulley, I teased him even more. Stating that I didn’t even want to put my calorie and fat infested food next to his.

I asked for his approval as I put each of my items next to his. He laughed and gave me a hard time right back. I was still on the phone when he and the cashier started talking and looking at me… I hung up with my sister and jokingly said: “what is he talking about, my food habits”?

Lol! The cashier said, “he wants to pay for your food”… to which I responded, “Oh no you don’t, no you won’t”… he told me that a sense of humor is rare these days, you can’t play with, or joke around with anyone anymore, much less a stranger… I told him no over and over, and he responded by telling me that he would not let me pass unless I let him pay.

Well considering his diet and mine, I figured he would be a little lighter on his feet, and I would lose in a battle(yes, I told him that)… so long story short… this young man Marshall, paid for my groceries. Almost $200.

I kept asking if he knew how much Similac cost and he just kept saying “it doesn’t matter…. I love your sense of humor and your pleasant spirit, I think it is rare, and all I ask is that you do the same for someone else”… had to share. And thank you, Marshall. I shall indeed, pay it forward. Have a great day ppl. 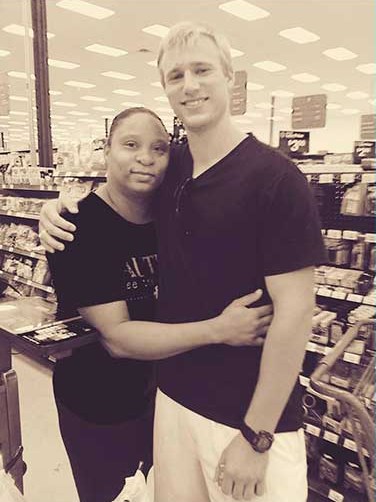