Home
Humanity
Woman Fatally Shoots Another Driver For Cutting Her Off, Then Brags About It On Facebook

Graciela Paulino, 20, a Massachusetts woman allegedly shot a driver for cutting her off, and then bragged that she’d warned her victim on Facebook, “don’t make me spank you,” according to local reports.

Paulino was apprehended in Lowell on Thursday for killing 34-year-old construction worker Mark Devoe, who may have cut her off as he was coming back from his lunch break. 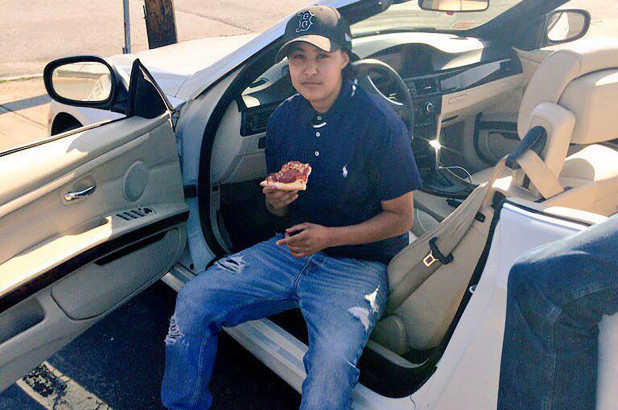 A friend who was in Devoe’s blue Hyundai at the time of the incident told cops they quickly realized Paulino was trailing them.

The two men pulled up to a lot near their construction site, where Paulino got out of her car and an argument erupted between her and Devoe. The two were “yelling back and forth at each other,” according to the police report.

Brian Daigle, Devoe’s friend, noticed the woman reach to the left side of her waistband and told his friend, “C’mon, forget it, it’s just a girl.”

The men left but noticed Paulino still following them, so they got out of their car near Hale Street Bridge in Lowell. That’s when Paulino drove by, slowed down and then allegedly shot Devoe in the chest.

“I’ve been hit,” Devoe said, before jumping back into the driver’s seat to chase Paulino. He ended up crashing into a vehicle barrier.

He was taken he was pronounced dead after being transported to Lowell General Hospital.

Paulino posted an ominous message on Facebook, two hours after the incident,  “Tried to warn Em tried to tell Em told Em to stop that you my son don’t make me spank you.”

The woman appeared in Lowell District Court early Friday wearing a hooded sweatshirt and was ordered held without bail, until her next appearance March 14.

Devoe’s father attended the arraignment and referenced the recent mass shooting in Parkland, Fla. when speaking to reporters outside the courthouse.

“I got a call my son’s been murdered,” he said. “I would recommend that this president make it his No. 1 priority to protect the people of this country. Let’s get this stopped. It’s going to get worse.”

A friend of his family set up a GoFundMe page to raise money for funeral expenses.