Home
Humanity
Trying to Get Rid of Spiders, Man Burns His Home Down By Accident

We’ve all had that experience of suddenly spotting an unwanted insect or critter near us and jumping three feet in the air while screaming. But one Arizona man may have gone a bit too far in his efforts to eliminate the wanted visitors, and he also may have missed the science class where they teach you that flame burns down other things besides unwanted spiders. 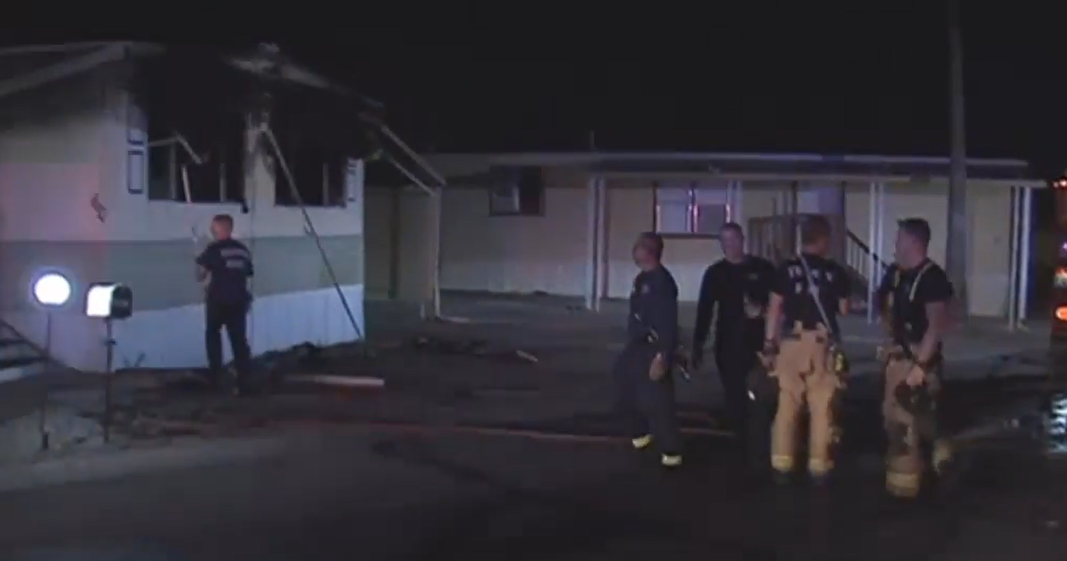 It seems the unidentified man was upset by a large number of spider webs that had formed under the home he shared with his mother. So, he got the brilliant idea to extinguish them with … wait for it … a blowtorch. Maybe Walgreens was out of the insect spray the rest of us use, who knows.

The good news is, his method worked, insomuch as the spiders were, in fact, all eliminated. The bad news is, after 24 firefighters fought the flames that caught on his mobile home for 12 minutes, he’d also eliminated a place to live.

His elderly mother received minor injuries and was treated by paramedics and released. But the house is toast, literally. Fortunately, the Red Cross has stepped in to offer the pyrotechnics wannabe and his mom some kind of living quarters while they look for a new abode.

A spokesman for the Seattle Fire Department reminded the public that this probably shouldn’t be your go-to method for pest control.

“The spider tried to get into the wall. He sprayed flames on the wall, lit the wall on fire, and that extended up to the ceiling. There are safer, more effective ways to kill a spider than using fire.”

That’s fire department-speak for “please don’t be an ass like this guy and do something this incredibly stupid.”
Not only stupid, but expensive too: it will take $60,000 smackeroos to repair the extensive damage to the home.