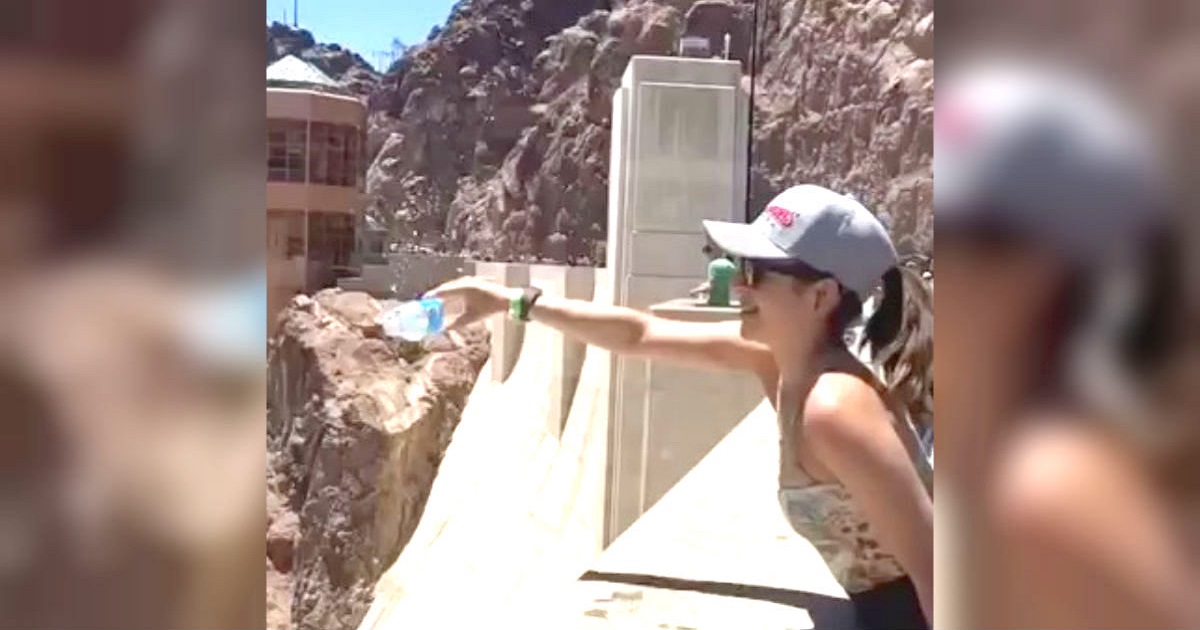 If there’s one thing I wish I had more of in my life, it’s time and money for travelling around the globe.

So far, I haven’t made much of a dent in my mileage. Other than a brief trip to Paris in college, I have barely scratched the surface of all the amazing sights — and sounds! — that our world has to offer. In fact, I haven’t even made it to the West Coast of America yet! The Grand Canyon is as close as I’ve gotten so far, sadly.

It doesn’t help that I often spend my days observing others as they explore the planet and discover fascinating secrets tucked away in the various area, like the group of folks who were happily greeted by some friendly horses over in Iceland.

The woman in the clip below, however, kept things local here in the U.S. as she made her way to the Hoover Dam. The impressive landmark is incredible to behold on its own, as it pumps out massive amounts of water between the Arizona and Nevada border, but this clever lady uncovered another mind-blowing secret while on her visit.

As she reaches out over the edge of the ledge — not something that I would recommend anyone do themselves — she attempts to pour out the liquid left in her water bottle.

While she is technically successful, it’s how it leaves the container that will have you scratching your head.

Take a look to see the astonishing revelation for yourself.