Kaitlin O’Connor and Blake Mounts are two best friends who planned to go to homecoming together this year. That was until Blake was told he was unable to attend. 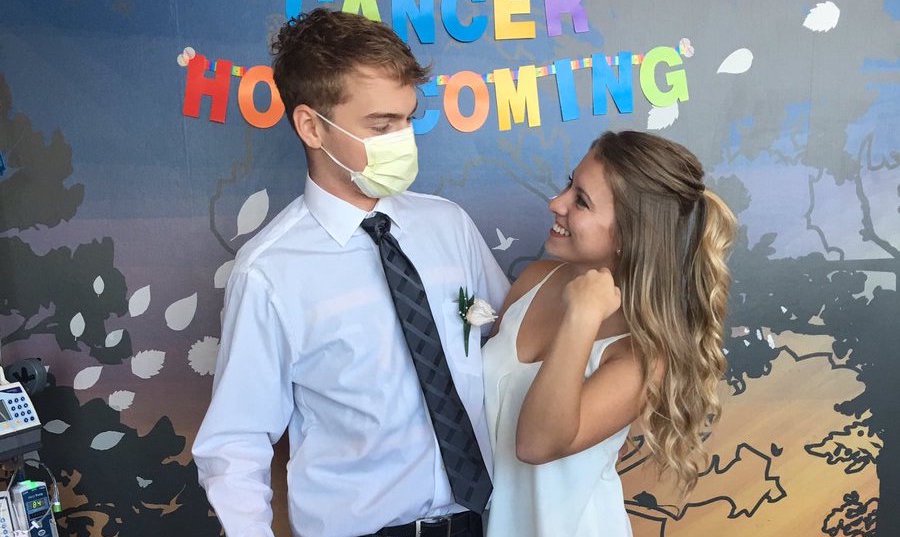 Blake was recently diagnosed with a very rare form of acute myeloid leukemia, and due to his intense treatment, he was unable to leave the hospital to attend homecoming.

So Kaitlin decided to bring homecoming to him.

“Blake’s sister, Taylor and I thought, ‘Well, if he can’t go to homecoming, then homecoming is coming to him,’” Kaitlin said.

Kaitlin and Blake’s sister, Taylor, decorated a room at the children’s hospital and invited all of the teen’s closest friends and family to attend the homecoming celebration.

Kaitlin made up a sign to present to Blake in the hospital, officially asking him to homecoming. They also brought him a formal outfit, along with a corsage and a boutonniere to complete the homecoming look.

“We presented him with the outfit we picked out and told him to get dressed. He smiled and asked, ‘Wait, right now?’ He was so confused, but I could tell he was so happy.”

After Blake got dressed, the pair headed down the hall to the official homecoming room – where Mounts was shocked and excited to see all his friends.

Seeing the smile on blakes face tonight was so worth all the effort put into making it happen. Couldnt have done it without @tayylormounts

The couple took pictures in their formal attire in front of a sign that said, “F–k Cancer Homecoming.” Because of his weak immune system, Blake had to wear a surgical mask over his face, but that didn’t ruin the adorable mood.

“It was the first time since he was in the hospital that he wasn’t hooked up to any wires or IVs. I think that’s when the most tears were shed by the guests and myself,” Kaitlin said.

The pictures are nothing short of heartwarming. 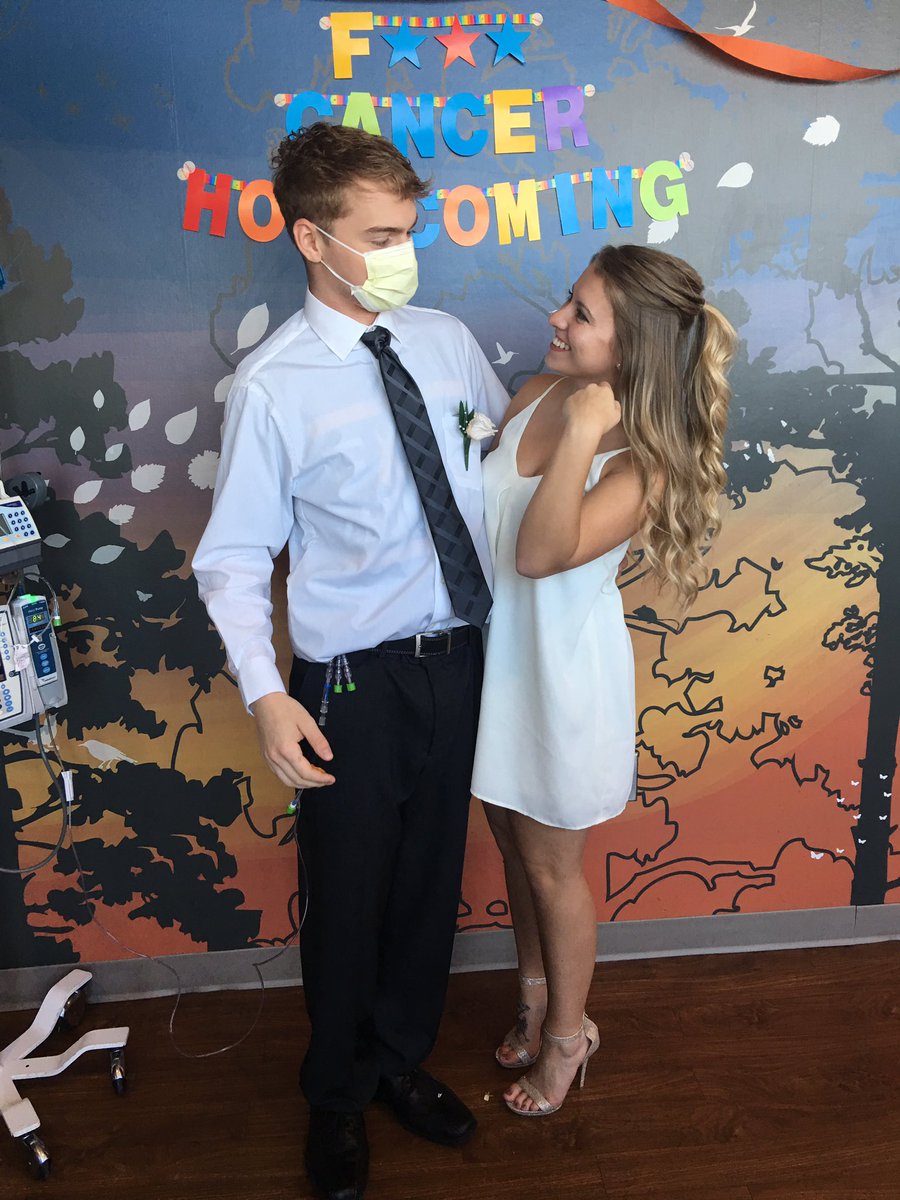 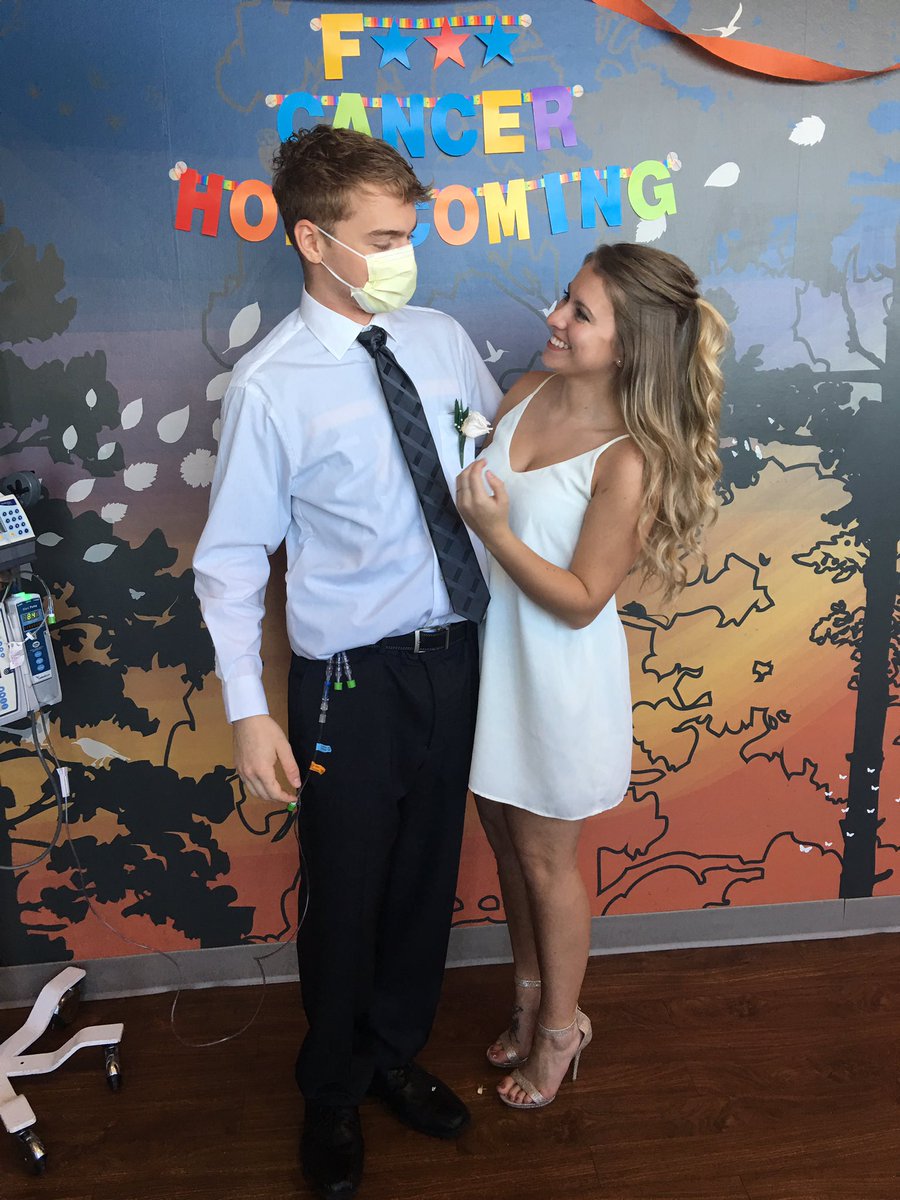 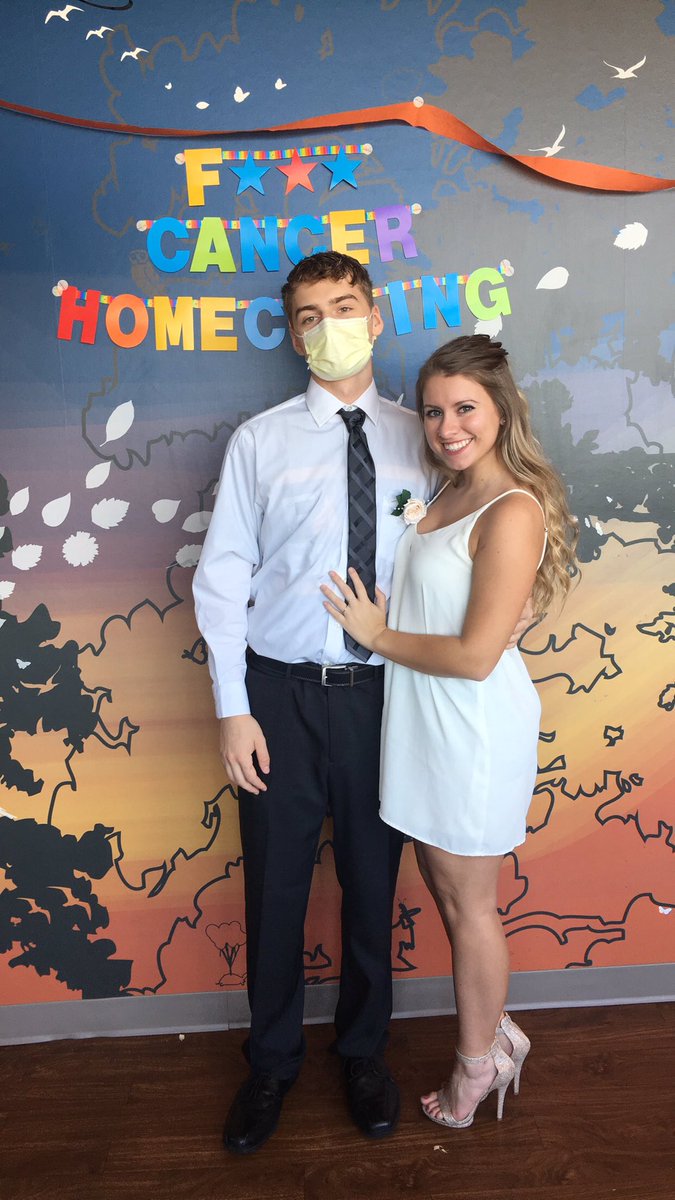 He couldn’t come to homecoming so I brought homecoming to him 😊 pic.twitter.com/ca3uQh6kQy

Since posting about it on Twitter, her tweet has gone viral with almost 370,000 likes at the time of posting this article.

Kaitlin, who also set up a GoFundMe page for Mounts’ medical bills, said she did it because, “I just want Blake to know how loved he is, because he’s such an amazing friend.”