A nurse in Seattle claims two young women were hospitalized this week after trying to use a vacuum hose to end their periods early.

She said the women were aged 23 and 19, and both went into ‘shock’ after the DIY method triggered a rush of blood, rather than the stop they had hoped for.

So-called ‘Menstrual Extraction’ was first described by feminist activists Lorraine Rothman and Carol Downer in the 1970s as a way to perform an at-home abortion before Roe v Wade.

They described how to construct a contraption – called a Del Em – using a syringe, a cannula, a speculum, and a jar.

Once abortions became legal across the US, ‘ME’ was largely sidelined.

But as Mic reported in 2016, it has seen a resurgence in popularity, this time being pitched as a method to end periods early. 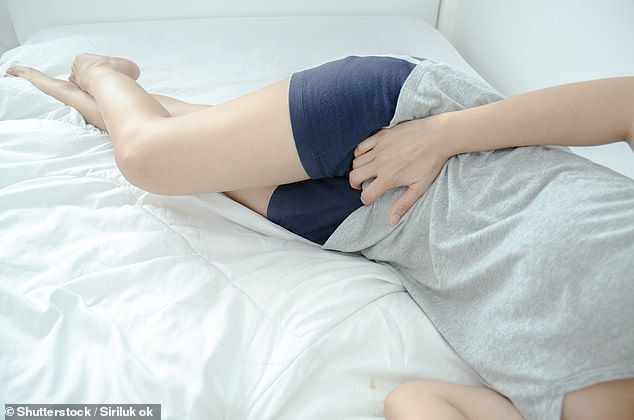 The nurse who posted the tweet added: ‘I don’t know if it was Eureka, Dyson, Hoover or some Walmart brand, but yes… An actual vacuum cleaner.’

She added: ‘Your period has a steady flow of its own that for all intents and purposes your body can tolerate. A vacuum increases that flow over 1000 times which your body can’t tolerate, therefore sending you into shock.’

‘Menstrual bleeding is an active and natural process, it’s not just sitting in the uterus in a pool that can be sucked out. Please don’t even think about it.

‘Thankfully we don’t see this often. Menstrual extraction via vacuum can definitely send you into shock. It’s very real and I have thankfully not seen this happen recently. But I have seen shock happen in similar situations before.

‘Shock can happen either due to severe vaginal injuries leading to blood loss or just due to stimulation of the nerves in that region which can cause the body to go into a neurogenic shock.’

Speaking to Mic, Dr. Brian Levine of CCRM fertility clinic in New York, said: ‘This is a serious medical procedure with serious ramifications if not done correctly.

‘Any time you are instrumenting anything into the uterus, you put yourself at risk of perforation, of bleeding and hemorrhage, of infection, of sterility. It is not something to experiment with.

‘I think the women who say it’s safe to do at home are overstating their capabilities.’