Home
Humanity
I Started My Period And Inserted A Menstrual Cup. 6 Days Later, Here’s How I Felt

Every young woman awaits the day they’ll finally get their period and “become a woman.”

As a young teen, I knew I probably wouldn’t get my period until I was 13 or 14, and I definitely wasn’t looking forward to it.

Even without having ever had a period, I knew that bleeding every month would be a hassle. When I first noticed a drop of blood in my underwear, I was 14.

My mom walked me through the process of having a period, and I felt completely and utterly embarrassed. I didn’t want to think about my period, and there was no way I wanted to talk about it.

After a while, I got used to my monthly visits from Aunt Flo, but it took me a long time to feel comfortable dealing with all the menstrual-hygiene products out there.

Six months after I started my period, I finally made the switch from pads to tampons, and I’ve used both ever since then.

At first, I had no interest in them at all. However, they then started popping up everywhere. Most of the reviews I saw were positive, so I became intrigued.

I recently decided it would be worth it to learn how to use a menstrual cup — and when I did, I couldn’t wait to try one out.

Here’s what happened when I used a menstrual cup for the first time.

What Is A Menstrual Cup? 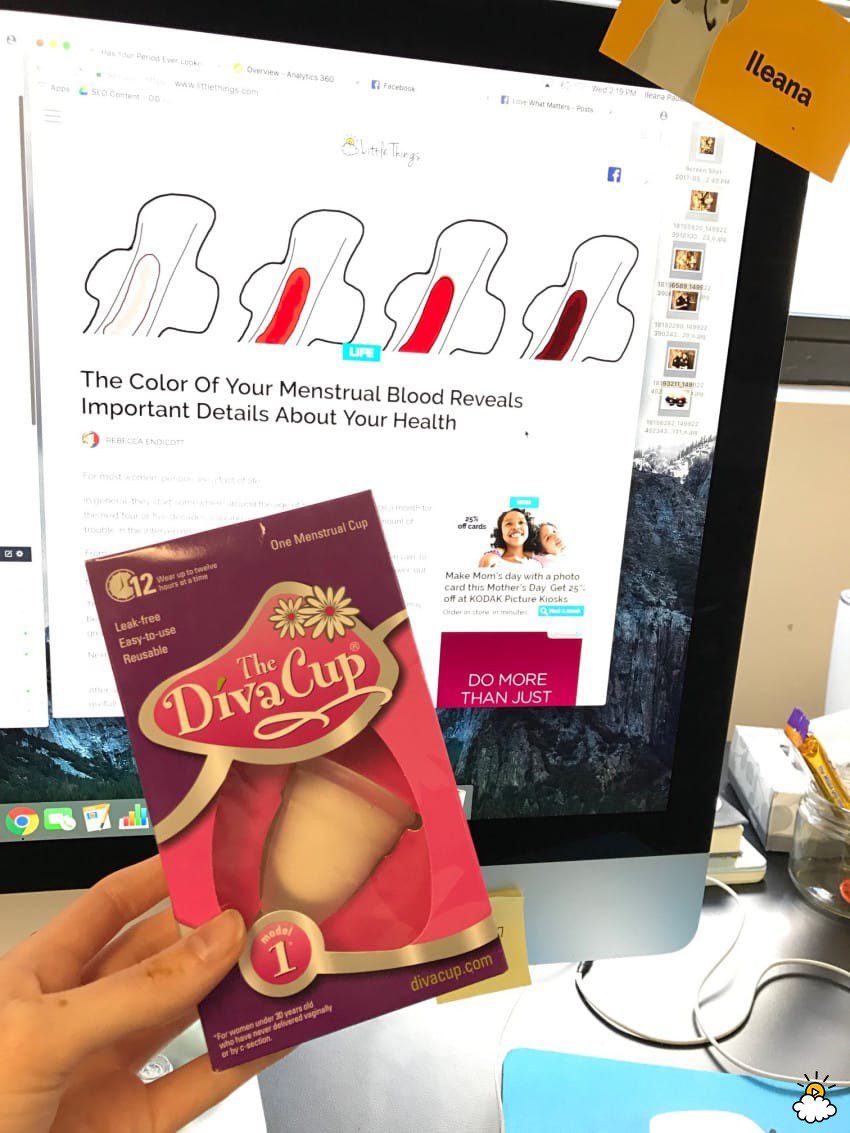 A menstrual cup, which is a feminine hygiene product, is a replacement for pads and tampons.

The Cleveland Clinic explains that a menstrual cup is a flexible cup that is placed inside the vagina during your period to catch the menstrual blood.

Instead of absorbing blood like pads and tampons, menstrual cups collect the blood, which is then released into a toilet when a woman removes the cup from her vagina.

How Does A Menstrual Cup Work? 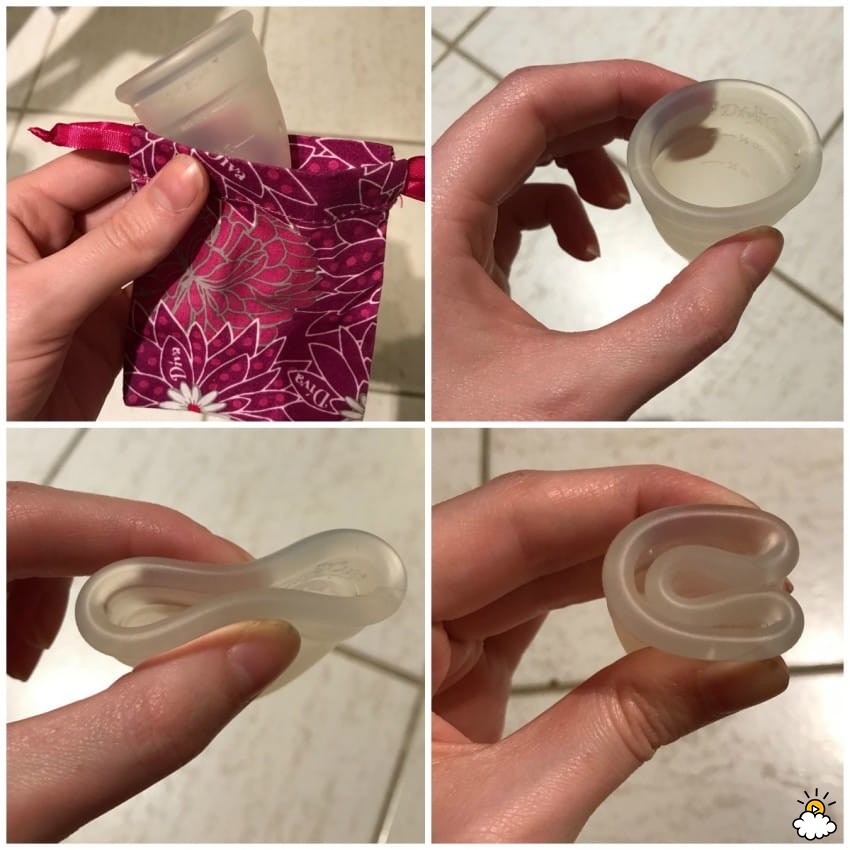 Most menstrual cups are made of rubber or silicone. Because they’re made of flexible materials, they are meant to fit comfortably inside the vagina.

Typically, a woman will fold a menstrual cup with their fingers before inserting it into their vagina.

Once it is in place, the menstrual cup should be leak-free.

Menstrual cups, unlike pads and tampons, can stay in the body for up to 12 hours at a time without being changed.

Benefits Of Using A Menstrual Cup 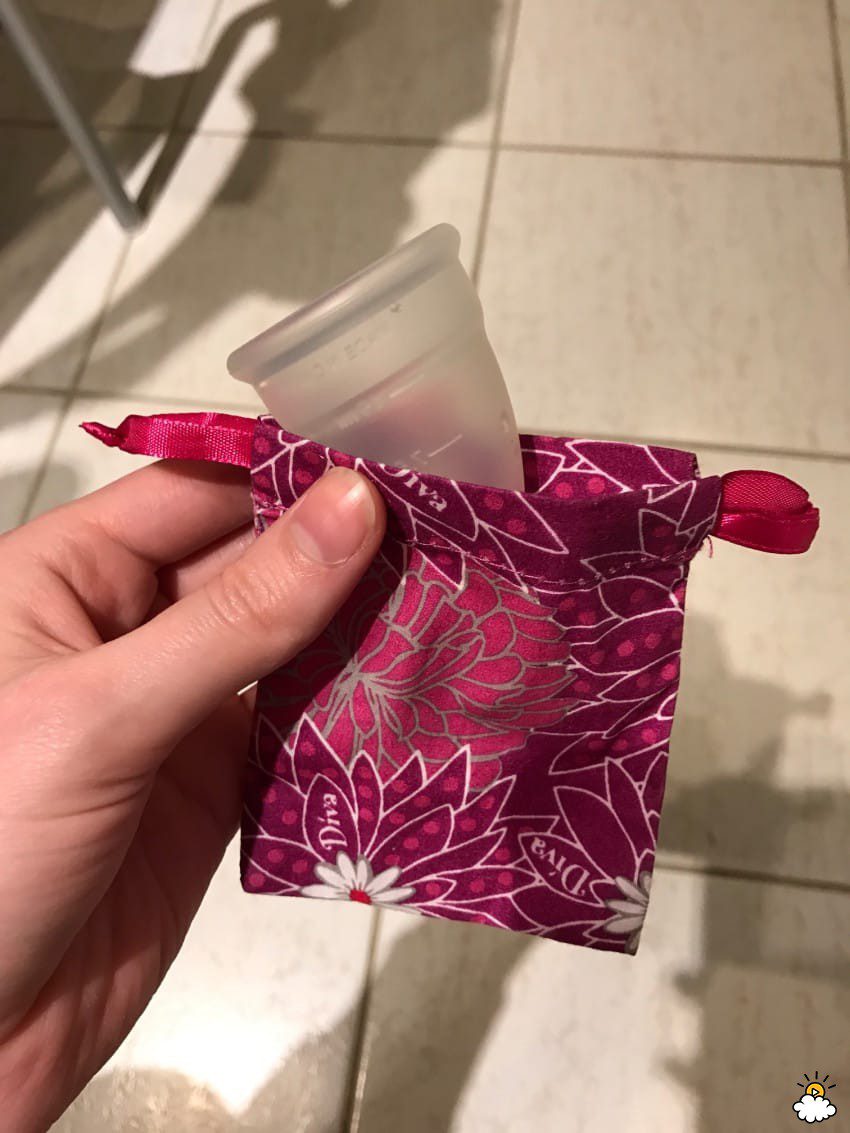 There are a lot of benefits to using a menstrual cup, including environmental and hygiene benefits.

Because many menstrual cups are reusable, they cost less and create less waste than tampons and pads.

According to the brand I used, Diva Cup, it’s only necessary to replace a menstrual cup if it starts to deteriorate or causes you irritation. The general guideline is to replace your menstrual cup once a year, though each brand is different.

Menstrual cups also keep any period odor inside, so you never have to worry about the smell.

Other benefits of menstrual cups include how easy they are to use, and that they can be safely worn for up to 12 hours.

WebMD explains that although most reusable menstrual cups must be removed before intercourse, many of the disposable ones are designed to be safe, comfortable, and mess-free during sex.

Disadvantages Of Using A Menstrual Cup 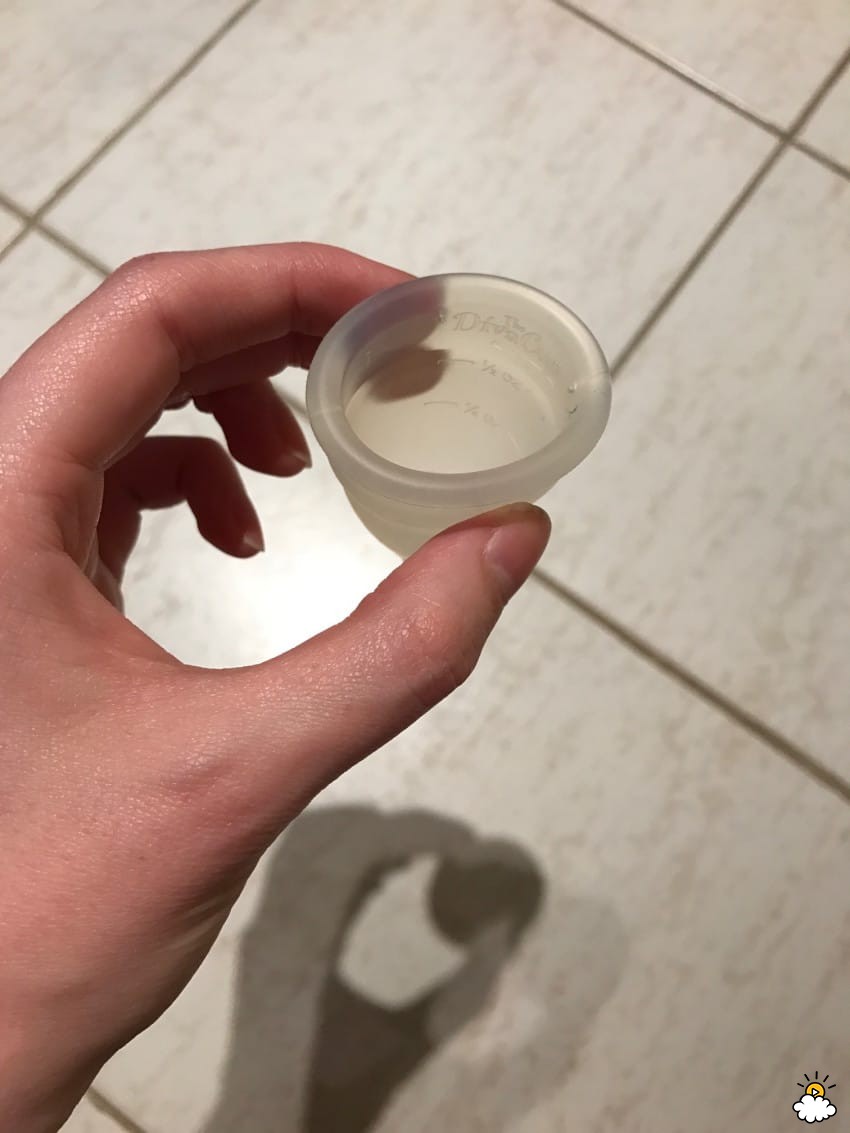 Unfortunately, there are some disadvantages to using a menstrual cup as well.

For one thing, they’re messier than pads and tampons, since they require you emptying and cleaning the menstrual cup by hand.

Some people experience problems with inserting and removing the cup, but it usually just requires a little bit of time to get used to the process.

Depending on your anatomy and vaginal comfort level, you may experience more discomfort using a menstrual cup than a pad or tampon.

According to WebMD, some menstrual cups may interfere with an IUD, so talk to your gynecologist before using a menstrual cup if you have an IUD.

Similarly to using tampons, it is still possible to get toxic shock syndrome (TSS) from menstrual cups. If you use them properly and according to instructions, they should be safe. If you’re intrigued by this alternative menstrual hygiene method, you might be wondering which menstrual cup is best.

There are a lot of different menstrual cup brands, including disposable and reusable cups.

Some of these brands include the Lily Cup, the Lunette, the Juju Cup, the Moon Cup, the Pixie Cup, and the Diva Cup.

For this experiment, I used a Diva Cup because it had good reviews and was easy to buy online.

Before purchasing your own, you should definitely do a menstrual cup comparison to decide what’s right for you.

How To Use A Menstrual Cup When I got my menstrual cup in the mail, I was really excited.

Even though I’d been thinking about trying one for a while, I wasn’t ready to take the plunge until I decided to do it for LittleThings.

My period is pretty regular and usually starts on the same day of my cycle, but the time of day changes, so I used a pantyliner until my period actually started.

Once I was ready to use the cup, I took it out of the box and read the instructions to learn how to use the menstrual cup.

First, it was time to wash the cup.

Although Diva Cup also sells a Diva Wash that’s meant specifically for cleansing Diva Cups, I opted to use a mild, water-based, unscented soap and warm water (which was also listed as an option on the instructions sheet). 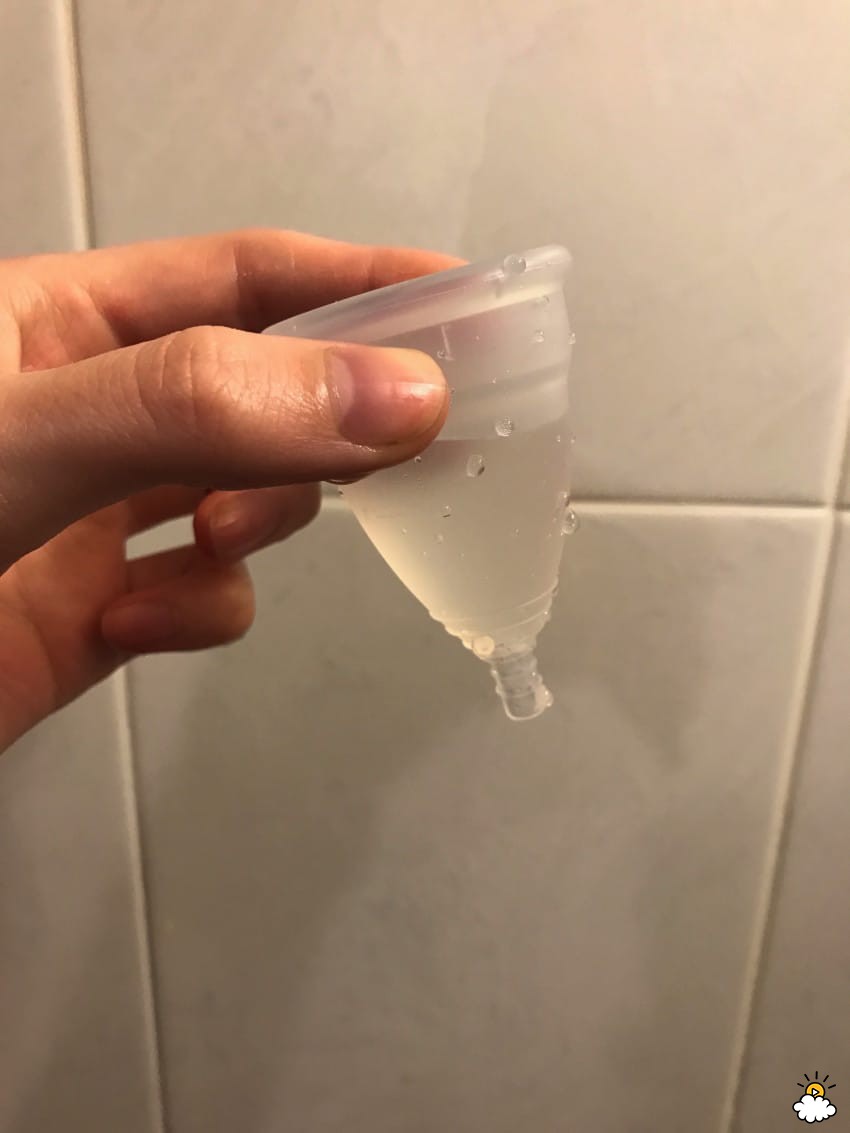 Once I washed the menstrual cup, I filled it with water to see how much it would really hold.

According to the product description, the Diva Cup can hold one full ounce of menstrual flow, which is 30 ml.

Apparently, the average woman flows approximately one to two full ounces every cycle (30 to 60 ml), so the cup can hold plenty.

After my menstrual cup was clean and dry, it was time to insert it. 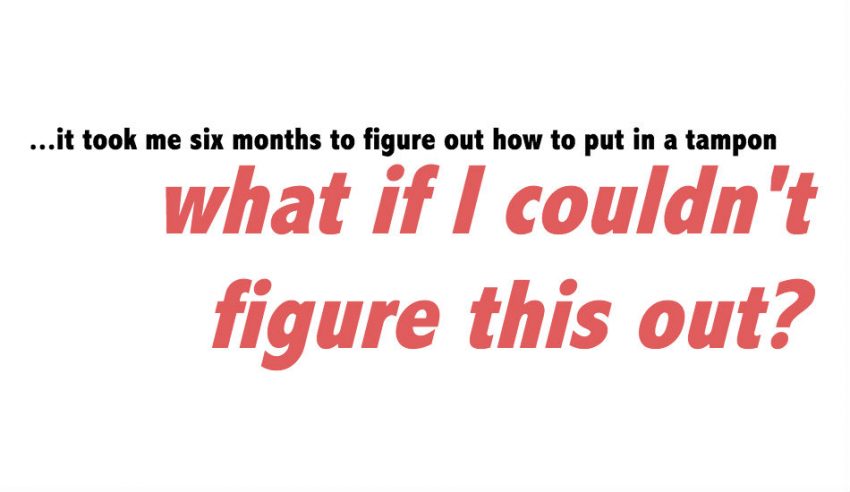 I won’t lie, I was kind of nervous. Like I said before, it took me six months to figure out how to put in a tampon — what if I couldn’t figure this out?

Luckily, being the mature and confident woman I am today, I went into the experience more prepared.

Fold the menstrual cup in half, then in half again. It should look like a “U” once it is fully folded. (See the second image in this gallery.)
Press down one side of the menstrual cup to make it smaller and easily insertable. (See the photo above.)
From there (with either option), you hold the cup with one hand, spread apart your labia with your other hand, and insert the cup. I was at the LittleThings office when I had to insert the menstrual cup for the first time, and after secretly telling my coworker what I was about to do, I went into the handicapped stall and took a deep breath.

Seconds later, I exited the stall — inserting the menstrual cup was way easier than I had originally expected.

Though it was a little uncomfortable for about five minutes, I quickly found I couldn’t feel it at all.

After inserting the cup, the instructions recommended twisting it slightly until I could feel it open inside my vagina.

If you’re unsure about whether the menstrual cup is open or not, you can insert a finger next to the cup and press it until it opens.

Apparently, it might feel slightly like a suction cup, but I didn’t notice any sort of suction effect. 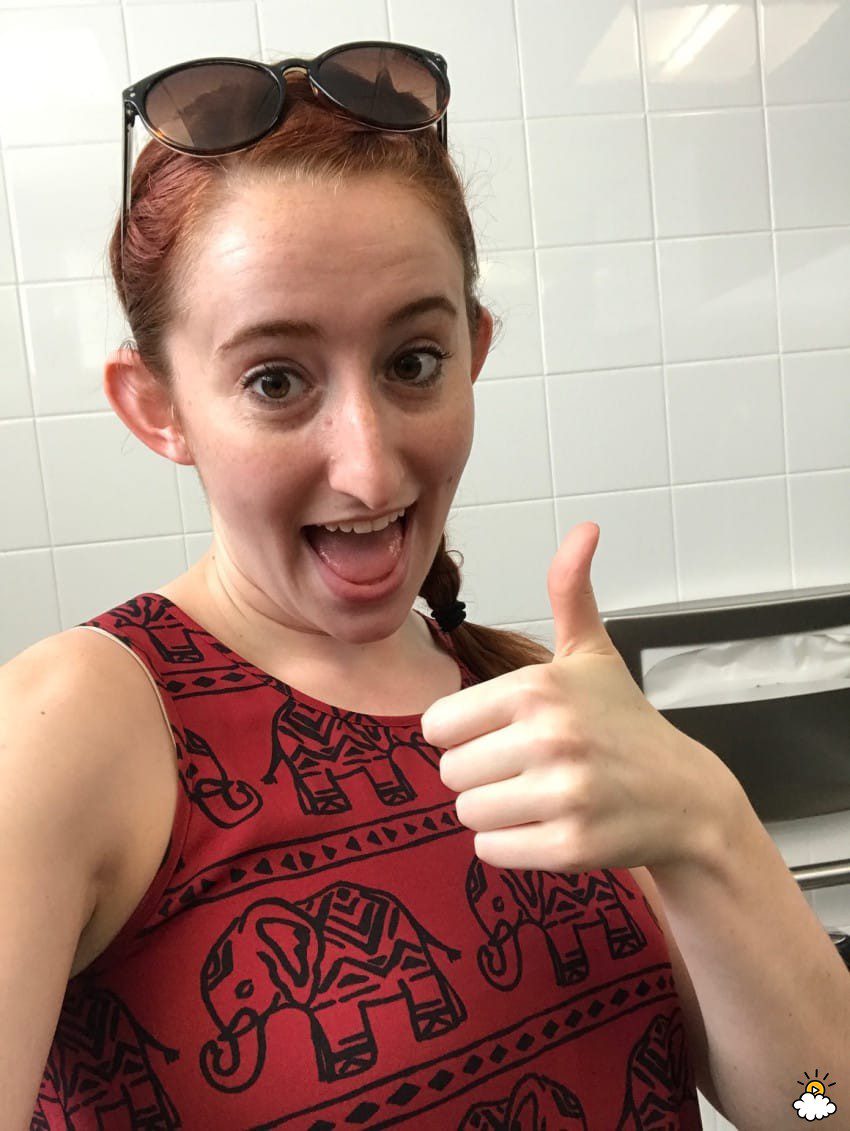 Although I was able to insert the menstrual cup properly the first time, there were still a few things I was nervous about.

Would it feel weird when I had to go poop? What if I couldn’t remove it? What if I dropped it in the toilet while taking it out? How gross would it be to remove it?

Luckily, I knew I’d learn the answers to these questions pretty quickly.

For the record, it felt a little strange while pooping, but nothing you can’t get used to; it’s pretty easy to avoid dropping it in the toilet because the silicone isn’t too slippery; it was somewhat gross to remove, but not too bad.

At the end of the first day, I took out my menstrual cup while in the shower (I thought it would be a good way to get used to emptying and cleaning it).

Every time after that, I removed the menstrual cup while sitting on the toilet. I emptied the blood into the toilet and washed the cup in the sink.

I thought it might be challenging to remove, but once I learned to relax my muscles, it was easy to grab and pull out. 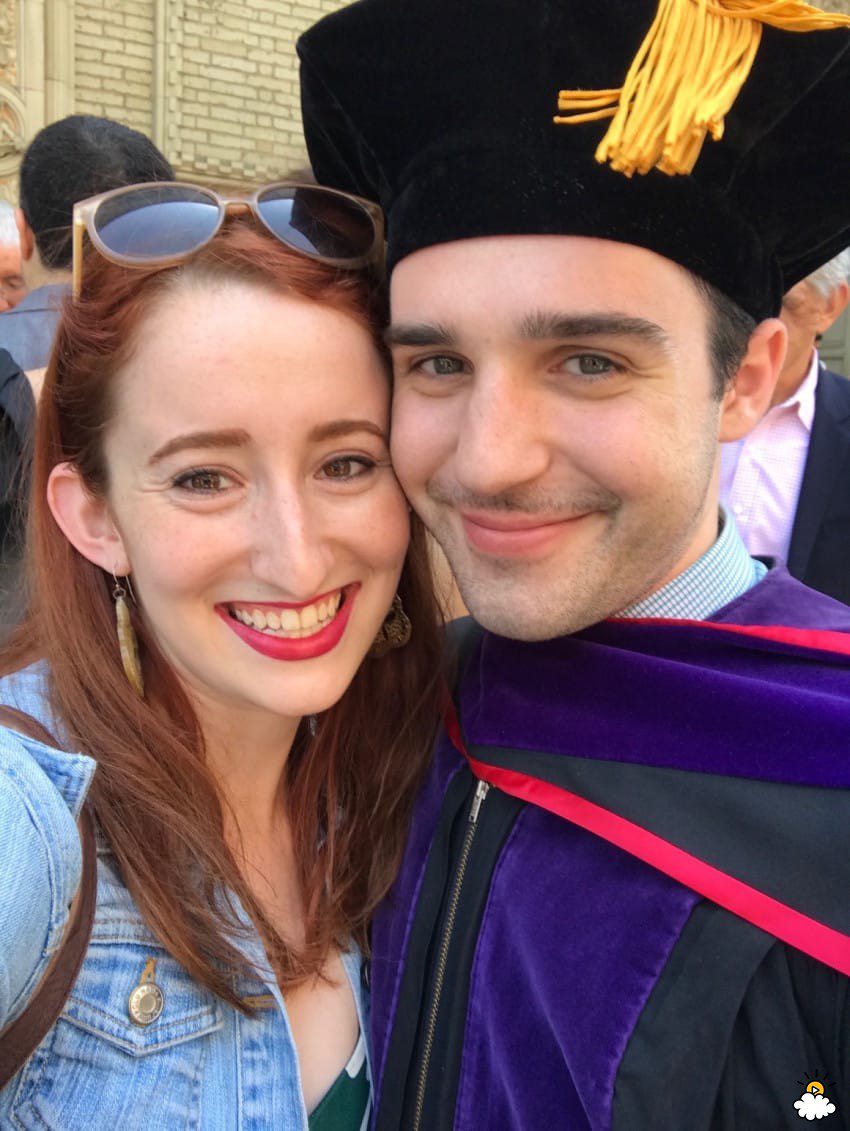 The rest of my six-day-long period went smoothly — I was able to go to a barre class, attend my boyfriend’s law school graduation, and even pet a cheetah in the LittleThings office!

I was surprised to find that the menstrual cup leaked even less than tampons do; I felt totally comfortable going without a pad or even a pantyliner.

Cleaning the menstrual cup between each use was easy — I just washed it with soap and warm water. 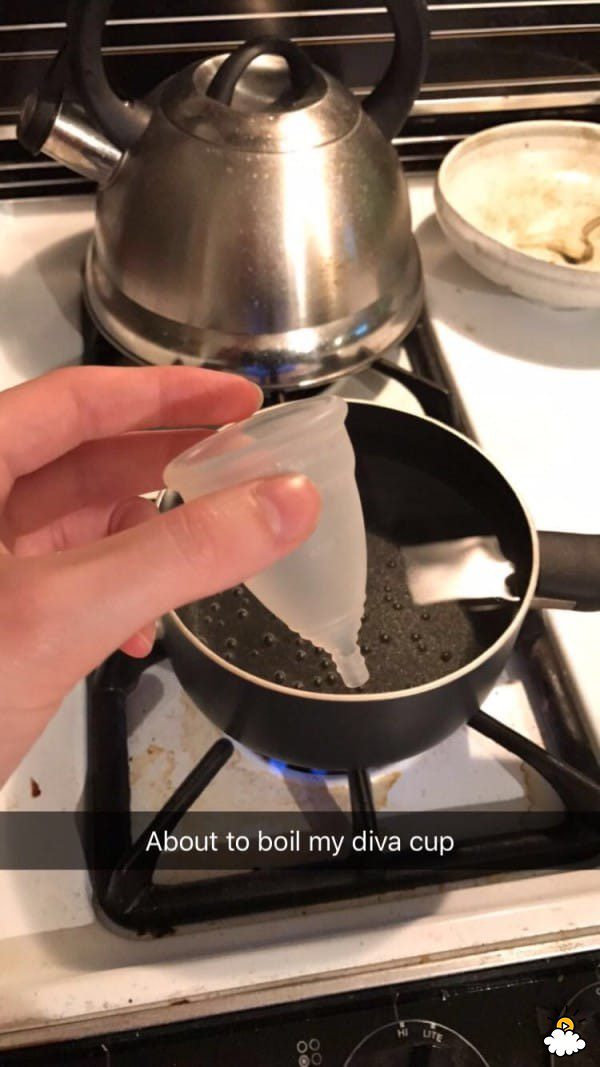 After my period was over, I was obviously relieved (as I am every time).

I knew I had to clean the menstrual cup, so I pulled out the instructions and found out what to do.

According to the Diva Cup care instructions, the best way to fully clean the menstrual cup is to put it in an open pot of boiling water for five to 10 minutes.

After boiling the menstrual cup, remove it from the water and let it dry. 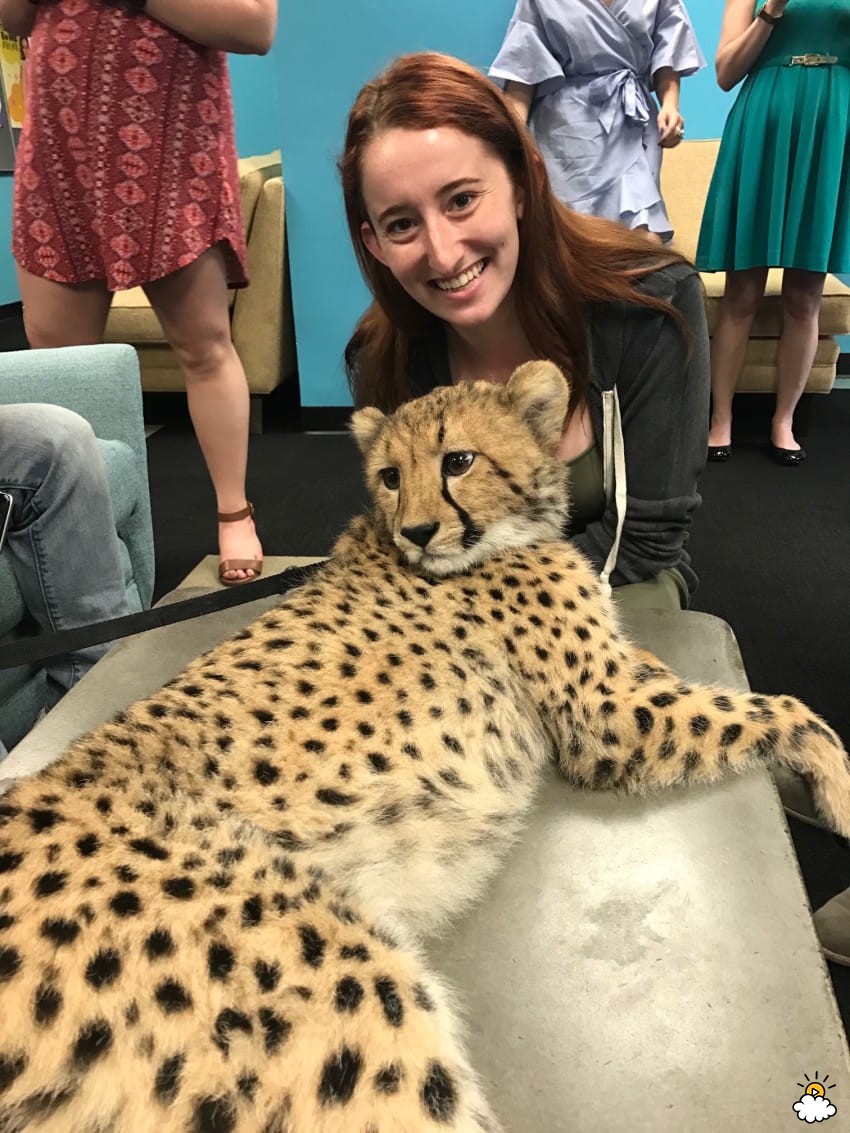 At the end of the week, I was really glad I tried using a menstrual cup. It was a comfortable, easy-to-use feminine hygiene product that totally lives up to the hype.

Honestly, my only complaint about using a menstrual cup was the “ick” factor of having to remove, empty, and clean it every 12 hours or so.

On the plus side, I loved being able to leave it in for so long — all I had to do was change it once in the morning and once in the evening, which meant I could always do it at home.

So, would I use a menstrual cup again? Absolutely.

I don’t think I’ll completely give up pads and tampons — they do win out a little bit when it comes to the convenience factor — but I will definitely be using my menstrual cup at least 50 percent of the time.

I also know for a fact that I will never sleep with a pad or tampon again — the menstrual cup is the only way to go.