When Charlie was dropped off at the animal shelter, his family said they didn’t have time for him. It was obvious, since Charlie is a Catahoula mix, a naturally a big dog and he was at least 35 pounds overweight. 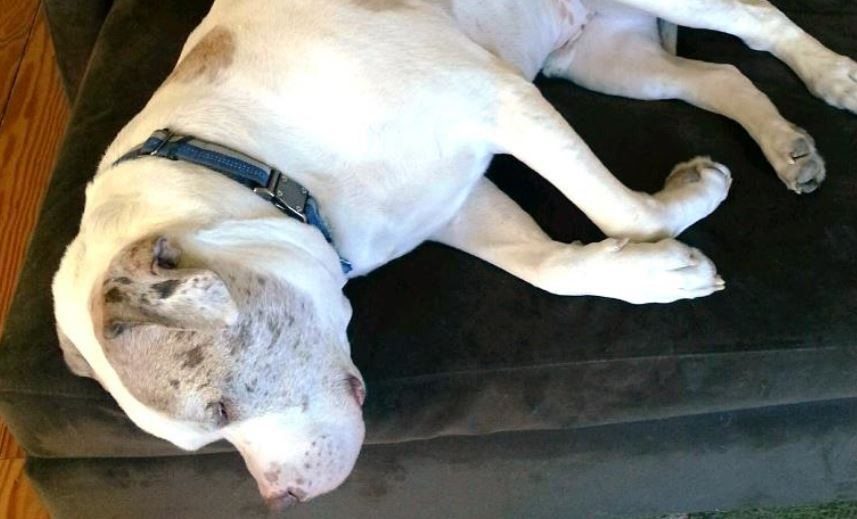 He was so out of shape,the  shelter staff thought he suffered from seizures because he panted so hard after what seemed his first real walk.

That didn’t stop Charlie from finding a foster home though, thanks to the efforts of a rescue called Dumb Friends League of Denver, Colorado. And the hearts of a local family.

Alaina Bupp and her husband agreed to foster Charlie for a month and keep an eye out for possible seizures.  Surprise! Charlie didn’t have another so-called seizure.

After Bupp fostered Charlies for a month, gave him the exercise he needed, she decided Charlie should stay with them for the rest of his life.

“There was something about Charlie,” Alaina Bupp tells “We both wanted to keep him. We both decided he was a permanent member of our family.”

It was then that the Bupps decided it was time to return to the fostering world. They wanted to help more dogs like Charlie.

Their first opportunity was a tiny Chihuahua, a dog who was so severely underweight, that he was cold all the time.  That’s where Charlie comes in.

The Chihuahua realized that Charlie was more than just a love battery. He was 100 pounds of unconditional warmth. 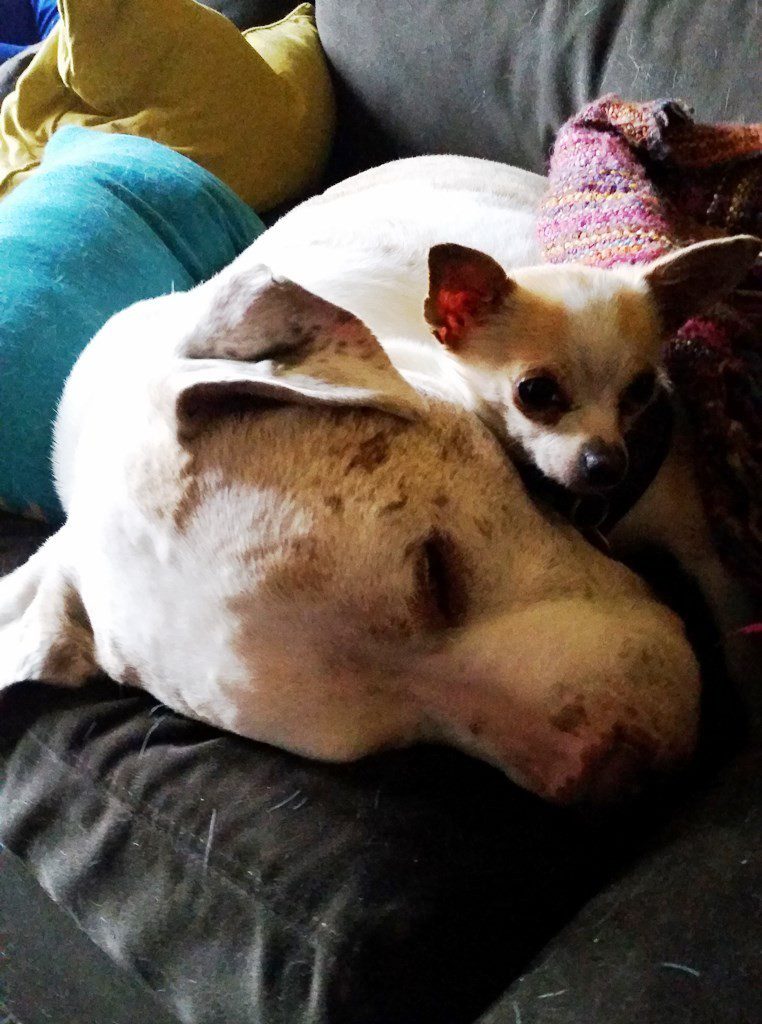 “Charlie’s a big guy and he puts off a lot of heat,” Bupp says.

Watching the nervous Chihuahua snuggle up to the “incredibly laid back” Charlie on the couch, Bupp realized her dog may have a knack for this kind of thing. 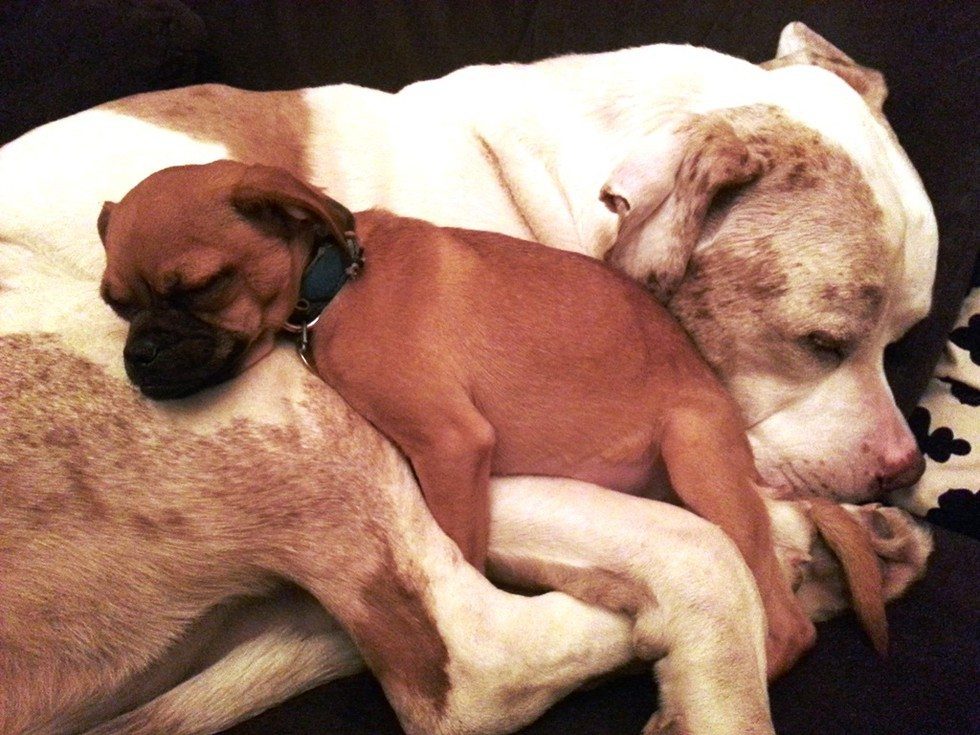 More foster dogs arrived, mostly smaller ones who needed a chance in life. And the first step was finding stability. They needed only find Charlie. His calmness proved contagious.

“I think really the difference is confidence,” Bupp says. “He makes them feel safe.” 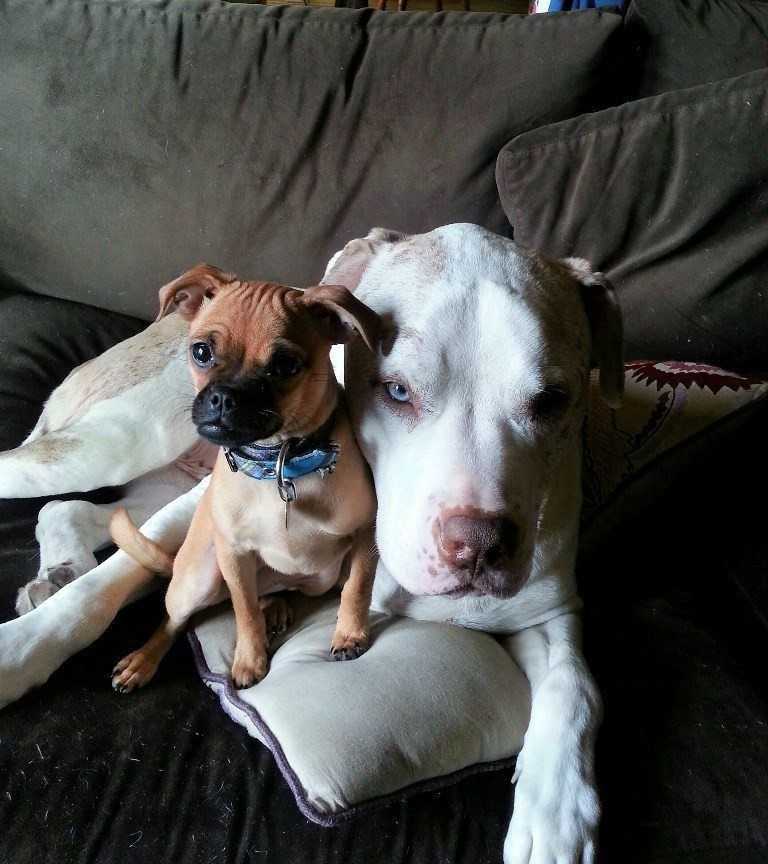 In the three years Charlie has lived with the Bupps, he has played a crucial role in fostering 13 dogs. He’s helped turn anxious, terrified newcomers, into calm dogs.

And by giving them confidence, Charlie has also given them a real chance at a forever home. 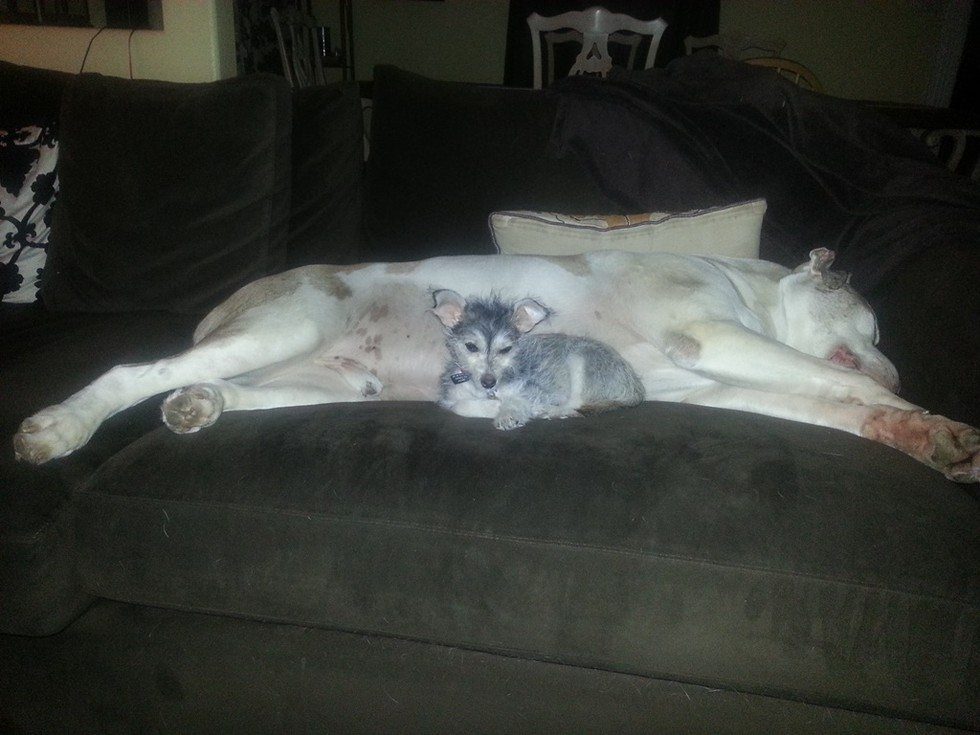 “He’s still skittish around me, but he loves Charlie,” Bupp says of the new arrival.

Indeed, Charlie has already made great strides with the Chihuahua. Charlie, you see, sleeps in bed with the Bupps. When the other dog saw that, they decided it was safe to scamper into the bed along with them.

“Once Charlie gets in bed, he comes and gets in bed with us too,” Bupp explains. “I know he wouldn’t do that if Charlie wasn’t doing that.” 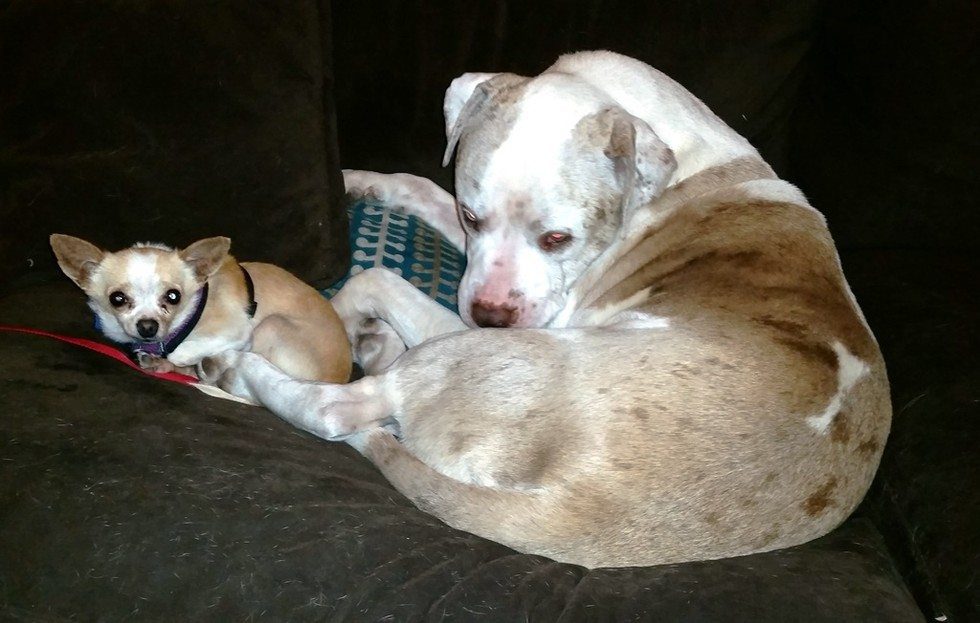