Home
Family
&
Humanity
Man And His Wife Pose For A Photo With Triplets. But Then They Notice This About The Babies’ Faces…

Today’s economy and culture just aren’t set up for large families. Unlike parents who set out to have a bunch of kids, however, Amber Ertley and Levi Nelson thought they were done having children. The young couple had always known they wanted a family, but after the birth of two beautiful daughters, Lillian and Josey, they assumed that would be it. Little did they know, they were about to grow from a family of four to a family of seven.

That’s right … Amber was expecting triplets. While she was not taking birth control, she wasn’t on fertility drugs either, making her pregnancy the 1 in 8,000 where triplets are conceived naturally. But that wasn’t all – the family had two more major surprises on the way. One would be terrifying, the other incredible, but in the end … well, you’ll just have to read and find out!

Here is the family shortly after they found out they were expecting triplets. 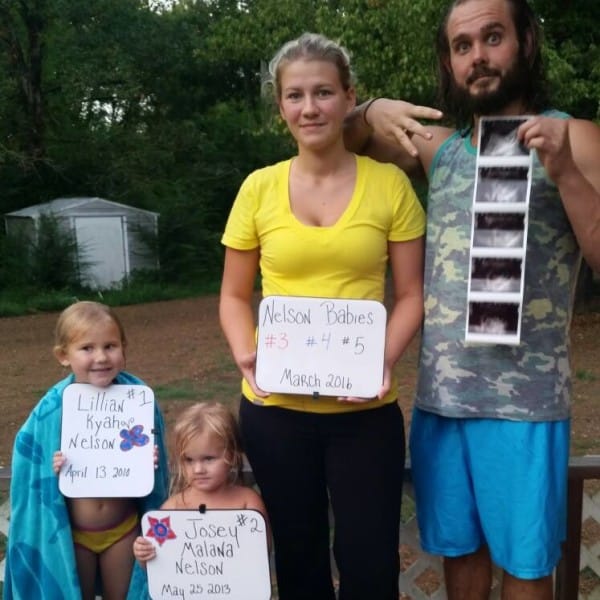 On Saturday, February 20, 2016, three beautiful, healthy baby girls were delivered via cesarean. Norah, Rylan, and Remi each weighed exactly four pounds and, although small, they didn’t need any oxygen or IV fluids. 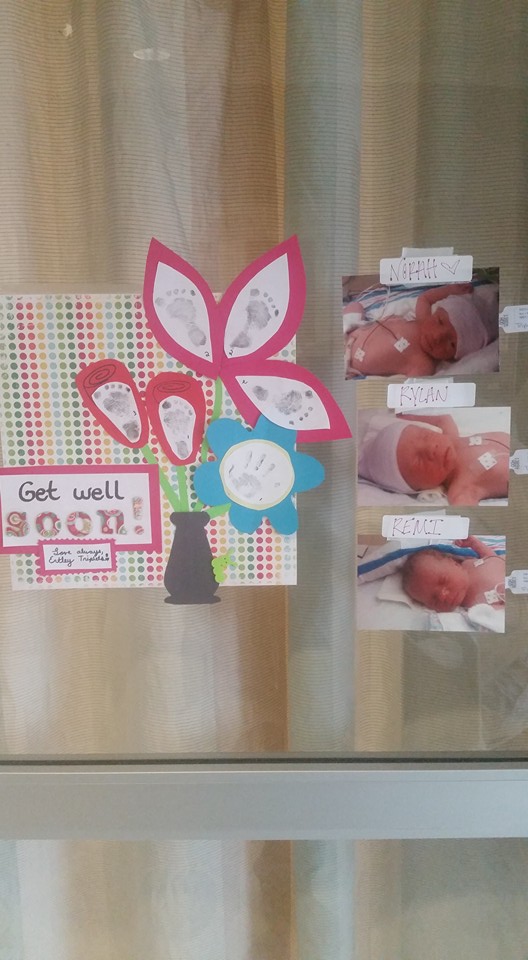 Their mom, however, was fighting for her life. After the delivery of the third baby, Amber’s heart stopped. Doctors were able to revive her, but she continued to lose blood for the next two days. It took time, healing, and close monitoring, but finally, on March 7, she was discharged from the hospital and able to go home to her babies.

Here are mom and dad posing with their babies. I promised an incredible surprise – do you see it in this picture?

Look closely at the baby’s faces!

Norah, Rylan, and Remi aren’t just triplets – they’re identical triplets! The chances? Somewhere between 1 in 60,000 to 1 in 200 million.

These babies are certainly special!

The family couldn’t be more thrilled, especially now that mom is home! 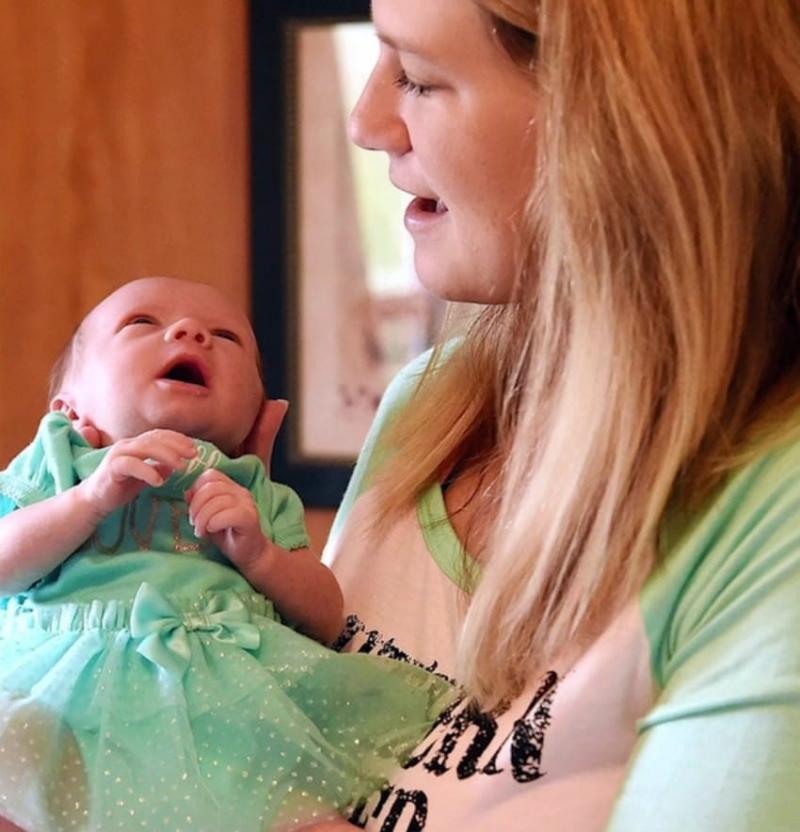 While Amber was in the hospital, friends and neighbors pitched in to help Levi care for the triplets. The girls go through an average of 21 diapers a day … that’s a lot changing. But, diaper changes aren’t the only challenges facing Levi and Amber. Amber still has up to four doctor’s appointments each week, there are mounting medical bills, and, like I said before, providing for a large family is expensive! Luckily, a caring friend set up aGoFundMe page for the family. In just over a month, over $10,000 has been raised by 300 people. 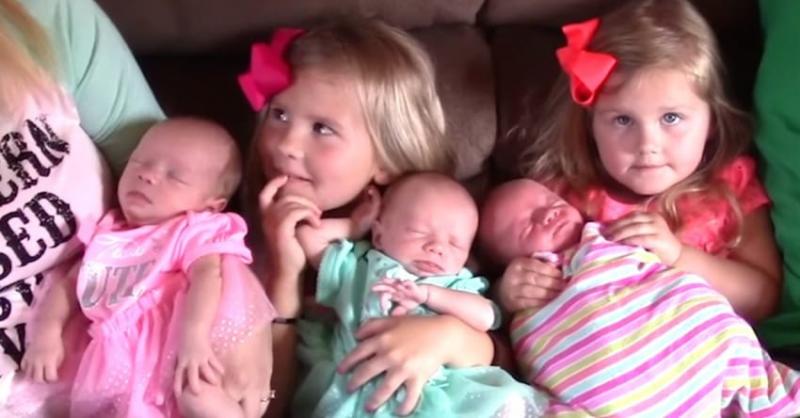 To see more of the rare Ertley/Nelson triplets, check out the video below.