How hard do you try to protect the environment? Are you aware of climate changes?

Experts have created a few energy-saving strategies in order to reduce the effect of climate changes. However, there’s an individual who took the planet-saving game to a higher level.

Elizabeth Buecher invented the inflatable shower curtain that releases spikes if you shower longer than 4 minutes. According to Buecher, desperate times require desperate measures. The spiky curtain is part of the series called “My Shower is a Green Warrior.” 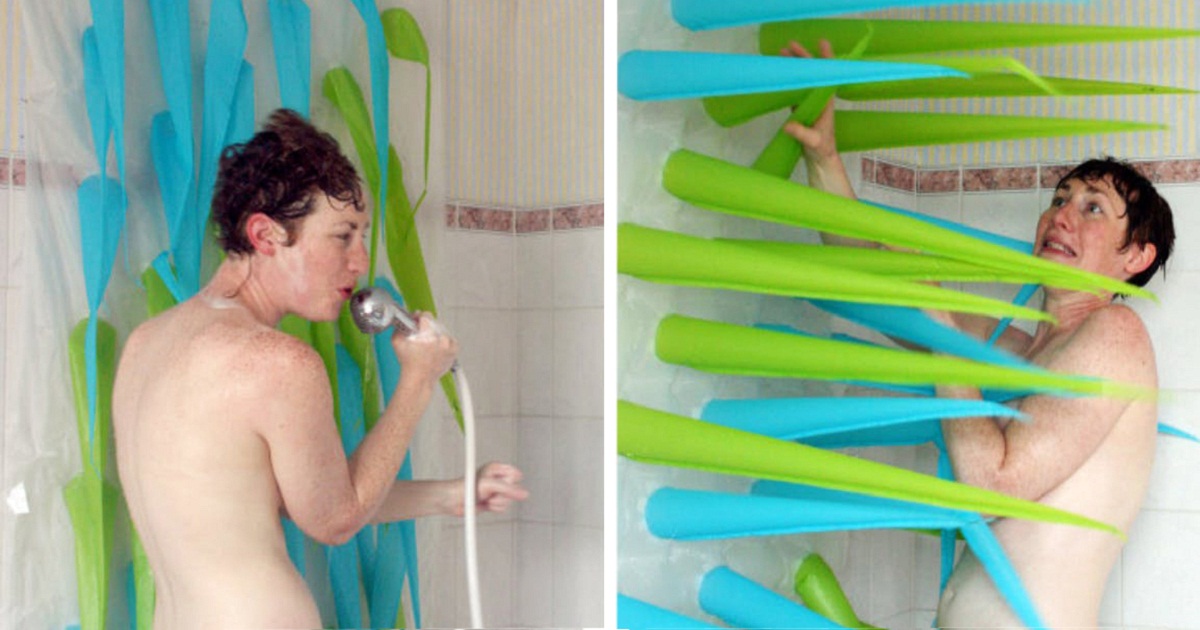 How long do you take a shower? If you like to get too comfortable in your shower, these spikes will definitely kick you out after 4 minutes.

Let’s not forget to mention that the spikes won’t stab you or something. They are here to warn you and help you save water resources.

The curtains expand with the help of a sensor in the tap. We can’t really tell if it resets itself after we are done showering. The inflatable shower curtain isn’t available on the market, and it won’t be in the near future.