Home
Humanity
When She Makes An Insulting Post About The Military On Facebook, Marine Has Perfect Response…

Miley Hayes decided to post a negative remark about the military on her Facebook page. Although her comments earned a few statements by friends and strangers, a Marine gave an epic response to what she had to say.

After Hayes posted a statement about people joining the military because they are too dumb to go to college. Her statement misspelled the word “they’re”, using “there” instead. 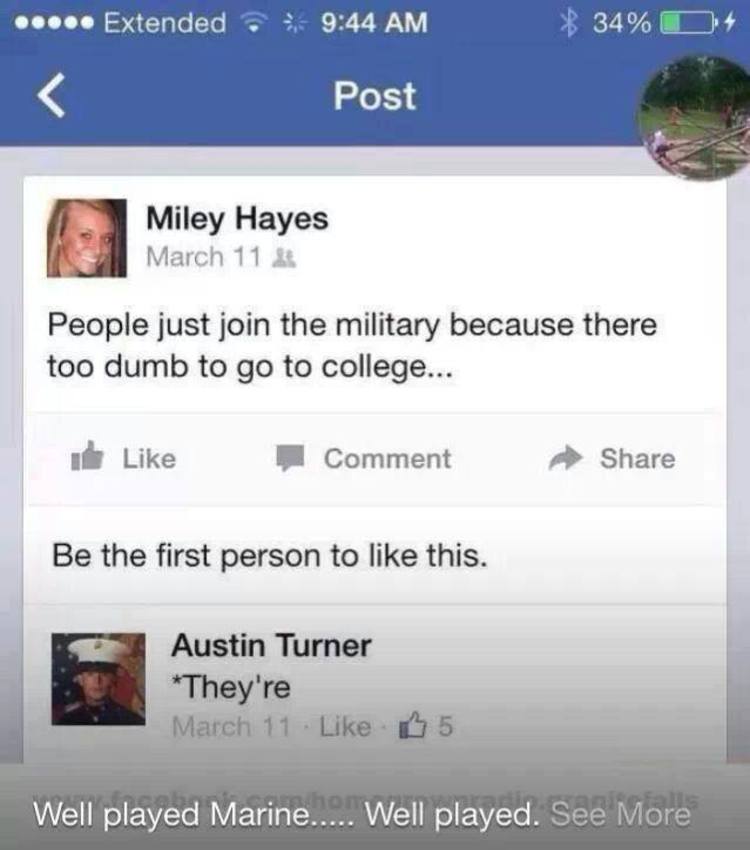 The Marine decided to post underneath Hayes’ status with the correct usage of the word they’re. Others congratulated the Marine on his choice of etiquette as he could have said negative things about what Hayes made public.