The family of a South Carolina woman who gouged her own eyeballs out in a drug-induced haze wants to warn others about the dangers of addiction.

Kaylee Muthart, 20, was left permanently blinded after she intentionally scratched out her own eyes and was seen holding an eyeball Feb. 6 in front of an Anderson church, People reported. 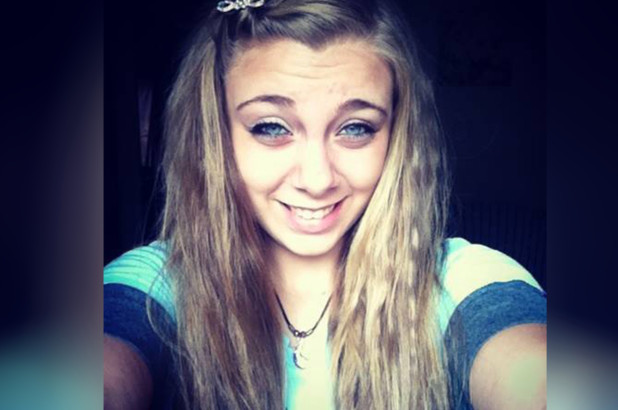 The young woman — who doctors believe was high on tainted methamphetamine — reportedly started fighting off good Samaritans trying to help her.

Experiencing delusions, she believed that the world was “upside down” and needed to “sacrifice her eyes” to go to heaven, according to People.

Emergency responders were eventually able to render aid and fly her to Greenville Memorial Hospital, where she remains in recovery.

Her mom, Katy Tompkins, said that she arrived at the hospital to find out that her daughter was now blind.

“That was a struggle, I can’t even explain that feeling when I found out, it was horrifying. Complete terror,” Tompkins told People. “I was thankful she was alive, but I knew something was wrong with her.”

The 20-year-old, however, will have to get prosthetics in order to maintain her facial structure, according to doctors.

Tompkins said that she is sharing her daughter’s story as a cautionary tale.

“This is something you never think is going to happen to you, but it did,” Tompkins said. “A lot of the mothers I talked to have kids that have been addicted to heroin for 10, 15 years and I’m like, ‘How did you get through it?’ My daughter was doing it for six months and it literally tore me up.”