It’s easy to forget that lions are really just big cats, and like house cats, they’re naturally curious about everything they see. And sometimes, that curiosity can get them into a spot of trouble.

This young lion and his friend, recently captured on camera in Botswana’s Savuti Game Reserve, had encountered a baby cobra for the first time. They’ve never seen anything like it, and naturally, they went in to investigate.

While prowling their grounds in the Savuti Game Reserve, these two young lions happened upon something they had never seen before. 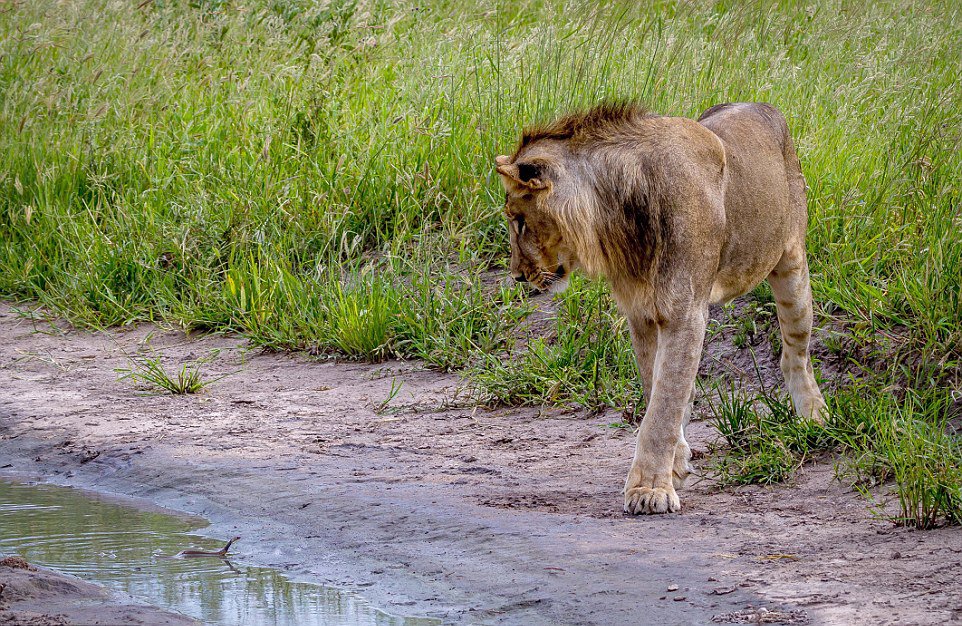 It was a baby cobra wriggling its way through a puddle. 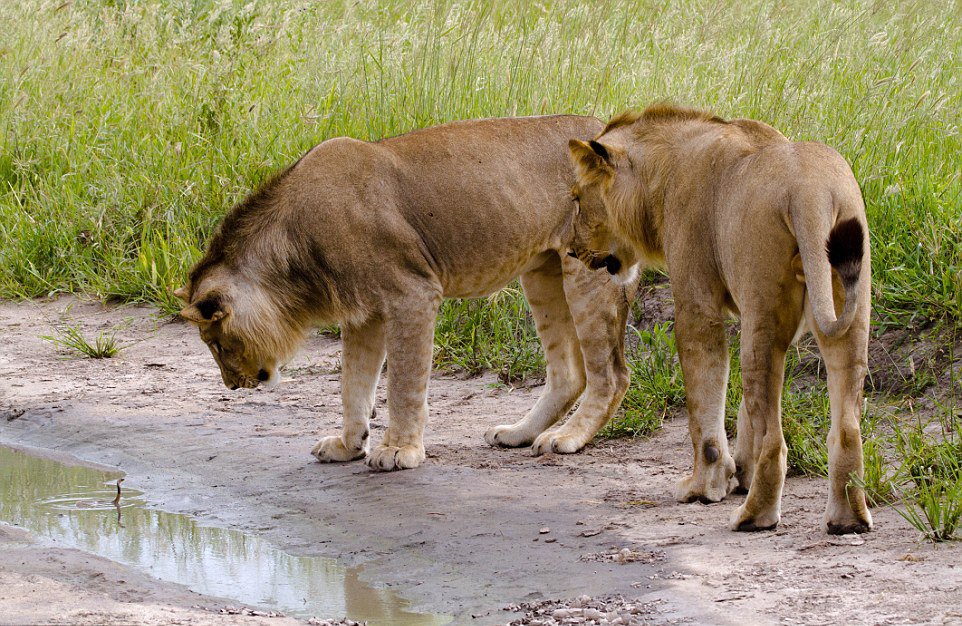 But as they moved closer, it began to hiss at them, and an intense standoff ensued. 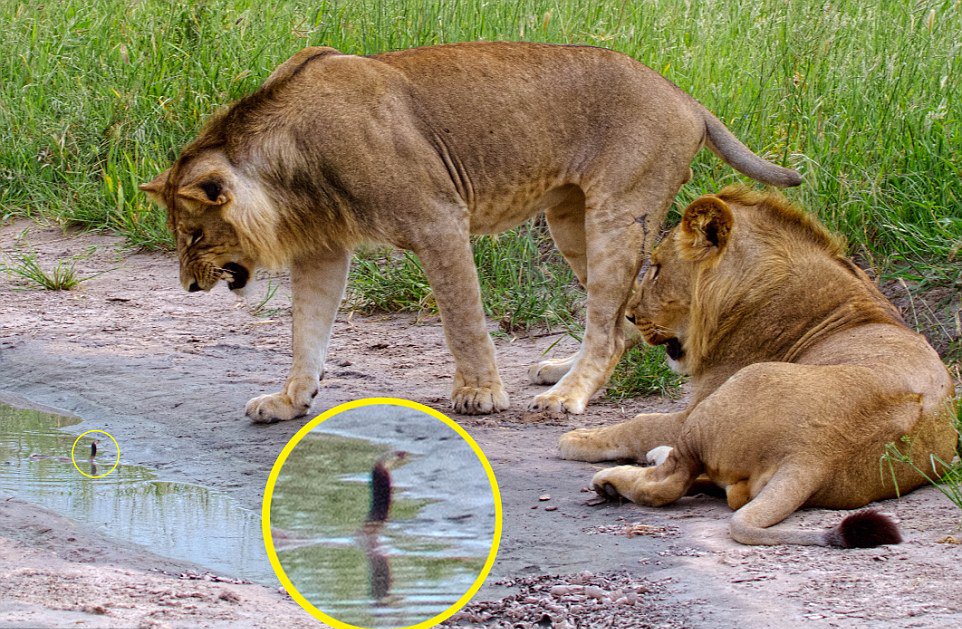 Neither side seemed to want to back down. 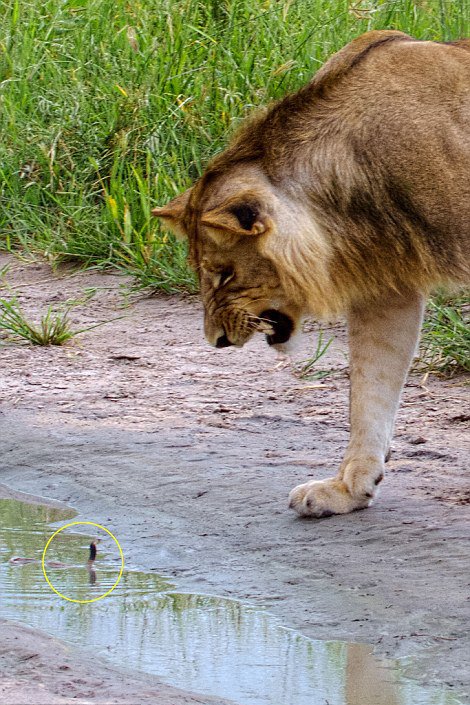 The lions got in dangerously close to the deadly serpent. 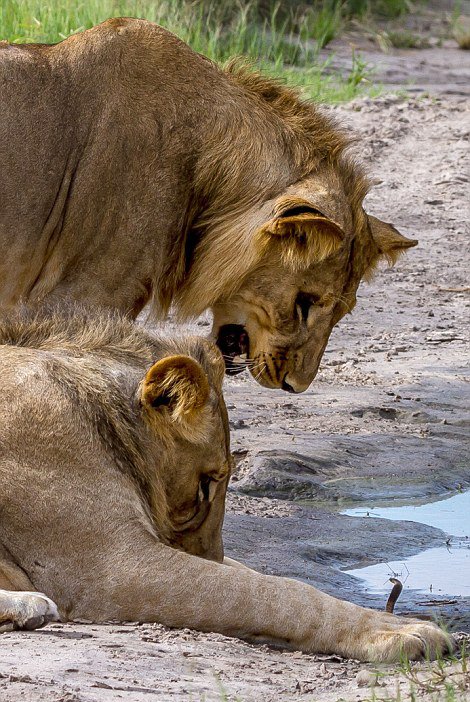 Photographer Charlie Lynam, who captured the intense scene, said that it was likely the first time that the lions had seen such a creature and didn’t know how dangerous it is. 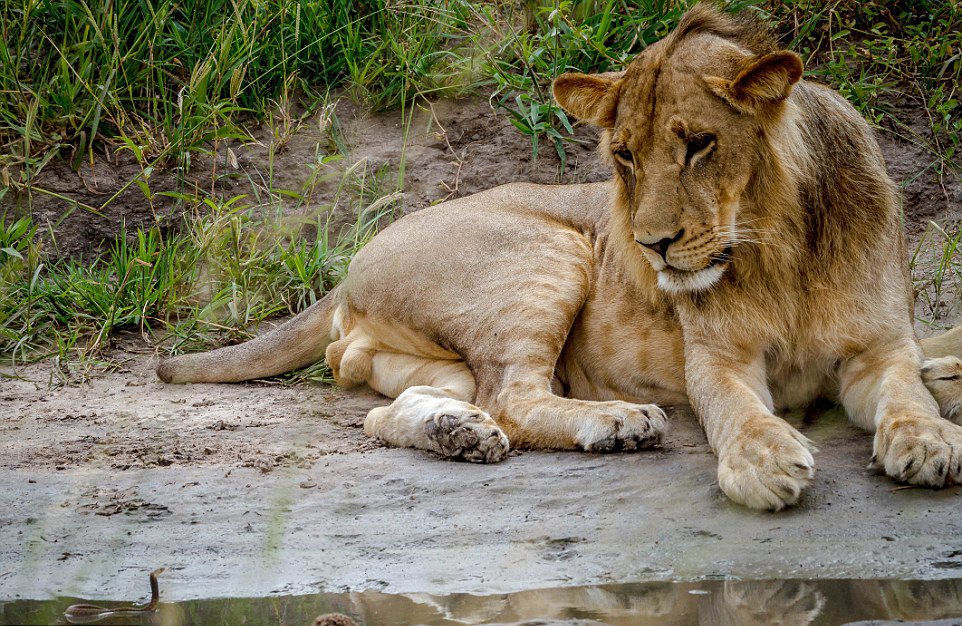 Mostly, Charlie was just impressed with the snake. “Talk about David and Goliath,” he said. “He was holding his ground and striking out at the lions when they came too close and went to swat him.”

Luckily, the confrontation ended without any serious harm being done to either opponent. Let’s just hope they know better next time!