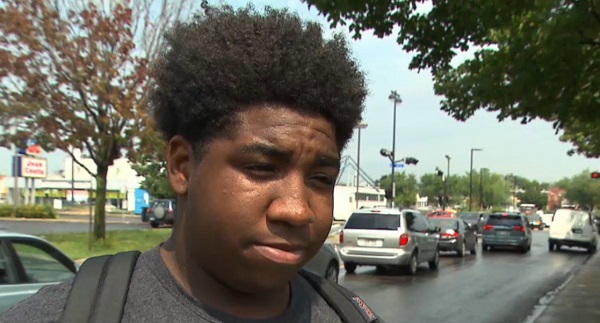 Laval, Que., police are calling 17-year-old Malyk Bonnet a hero after he went to extraordinary lengths to aid the escape of a woman who had been abducted by her ex-boyfriend earlier this month.

On Aug. 1, Bonnet was waiting for a bus to his home in the north end of Montreal after finishing his shift as a cook at a restaurant.

He noticed a couple on the street involved in an altercation.

The guy was screaming at her, the girl. He wasn’t really gentle with her, and I started watching, because I thought he would hit her, so I approached them a little bit,” Bonnet said.

He said the couple asked him for money to take the bus to Laval, and he agreed to get some change at a convenience store and give them some money. Bonnet had a moment alone with the woman, who seemed terrified, he said.

Bonnet decided he had to help, and he was already formulating a plan. Even though he lived in Montreal, he told the couple he lived in Laval and would accompany them on the bus.

“My plan was to keep them in a public place, where there’s a lot of people. I decided to make myself friendly with the man, so he would trust me. So I played my game,” Bonnet said.

What Bonnet didn’t know at the time was that police were already looking for the couple.

“We were looking for a 29-year-old woman who was kidnapped by her former boyfriend earlier that day, and we believed that man was very dangerous,” said Laval police Lt. Daniel Guérin.

Guérin said the man had already been found guilty of assault and death threats against his ex-girlfriend last year, and he was under a court order to stay away from her.

Bonnet kept his cool, continuing to talk to the man as they took the bus and then the metro to Laval, waiting for an opportune moment when he could call police.

Once in Laval, he offered to take the couple to a Tim Hortons, and he even gave the man $50 to buy food, he said.

Bonnet’s cellphone battery had died, so he pretended to go to the washroom and borrowed a phone from someone in the restaurant and called police, who arrived within minutes.

Bonnet said even after police arrived, the kidnapper didn’t realize it was Bonnet who had called 911.

“He was really surprised, he didn’t know that it was me,” said Bonnet. “So I played my game right.”

He said the abducted woman didn’t say anything, but he remembers the look on her face when police arrived.

“She was almost crying. She was so happy, so happy not to be with him.”

Police arrested the man on the spot. He appeared in court Monday on charges of kidnapping, forcible confinement and assault. 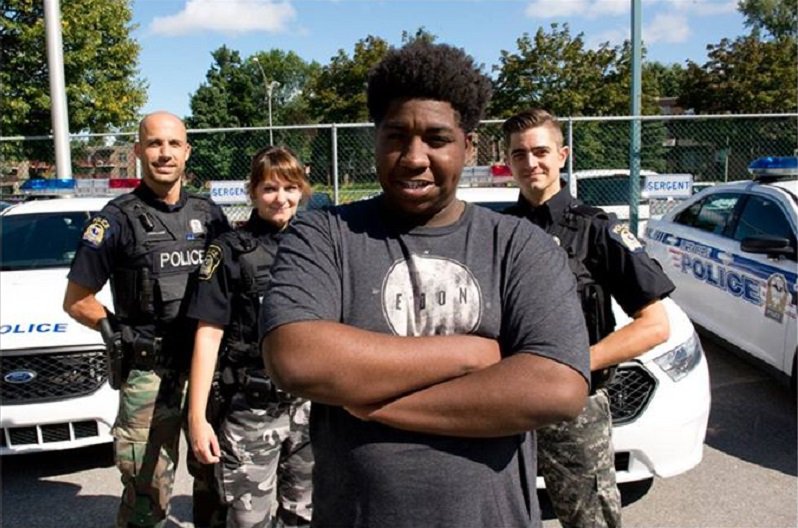 Bonnet, who is burly for a 17-year-old, said he never feared for his safety.

“The guy was really tiny, so if he had something to do I would kick his ass,” Bonnet said.

Guérin of the Laval police said that in 24 years of policing he’s never seen anything quite like what Bonnet did.

“He managed the situation very well and took good decisions that probably saved the life of this woman,” Guérin said.

Police officers were so impressed with Bonnet that they took up a collection to reimburse the money he had spent for bus fare and food that night. They came up with $255.

Police presented Bonnet with the money and gave him a tour of Laval police headquarters Thursday.

For Bonnet, who admitted he’s had run-ins with the law before, it was a chance to see a different side of police officers.

Bonnet’s picture was on the front page of the Journal de Montreal newspaper Friday, and during CBC’s interview with him, five strangers interrupted to shake his hand or say “good job.” One even wanted to take a selfie with him.

“My mom is so proud of me. She bought like eight Journals. She’s like, ‘I’m going to show them to your kids one day.”