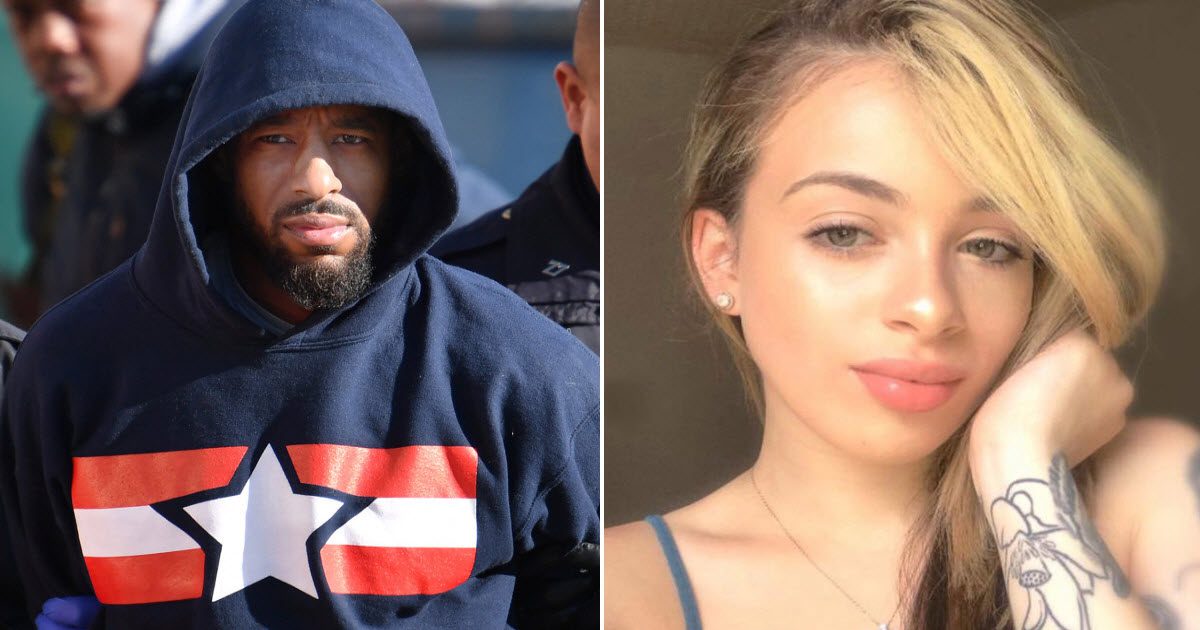 Barry Wells, 29, was arrested Sept. 21 on felony charges after his wife was found strangled at the bottom of a staircase inside their Brooklyn home. He was previously charged with strangulation in the second degree for attacking his wife, Tonie Wells, in Manhattan on July 20.

According to the  July criminal complaint, Barry Wells allegedly dragged Tonie Wells, 22, down the stairwell of a West 42nd Street building and into a closet before placing his hands around her neck, causing her to lose consciousness. Wells bail was set at $5,000 at his Manhattan Criminal Court arraignment and a temporary order of protection was issued against him. The case remains open and his next court date is Feb. 6.

Barry Wells was then arrested in September after his wife, the mother of a 2-year-old girl, was found dead inside their home in Crown Heights with bruising around her neck.

He was escorted out of a borough precinct in handcuffs and placed in a waiting ambulance en route to a hospital. Wells appeared stone-faced as he was walked out of the back of the 77th Precinct wearing a blue sweatshirt with the hood over his head. It was unknown why Wells was taken to the hospital.

Two officers in the NYPD 77th Precinct were suspended the day of the killing after it was revealed that they botched a call to check on the woman.

The officers, Wael Jaber and Wing Hong Lau, responded to the three-story Sterling Place brownstone when the victim’s sister called 911 to report that Wells was “scared” of her husband because he was “acting funny,” sources said.

The cops drove to the home, remained in their patrol car and then drove off. The cops were suspended without pay. Both are claiming they thought they only had to check on the outside of the home.

“They believed the incident occurred outside, so they didn’t go in,” a source said.