Federal authorities have arrested a New Jersey man who they say has conned nearly three dozen women seeking romance on dating websites out of millions, leading to one committing suicide.

Rubbin Sarpong, 35, of Millville, New Jersey was the ring leader of the international swindling operation that tricked 30 women into sending him and his accomplices a total of $2.1 million, according to federal prosecutors.

He has been charged in federal court with a single count of conspiracy to commit wire fraud.

On Wednesday, the conniving Casanova asked a judge to assign him to a public defender, claiming he didn’t have enough money to pay for an attorney, according to CBS Philly. 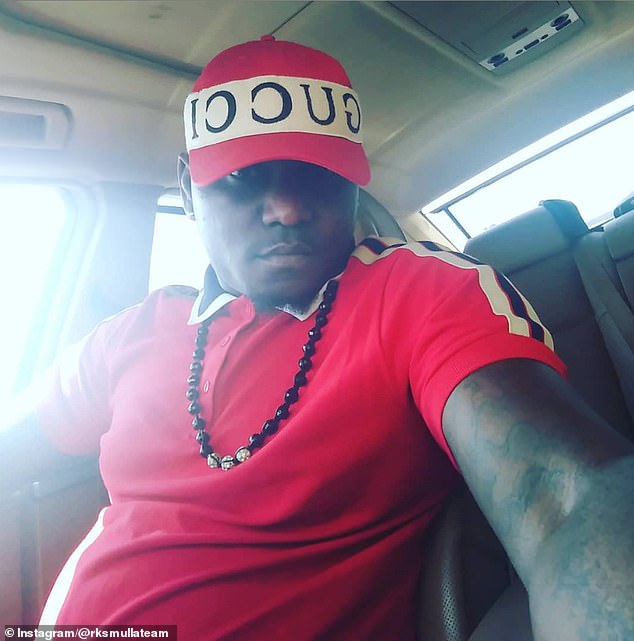 Federal authorities have arrested Rubbin Sarpong, 35, of Millville, New Jersey, who they accuse of conning nearly three dozen women seeking romance on dating websites out of millions, leading one of his victims to commit suicide 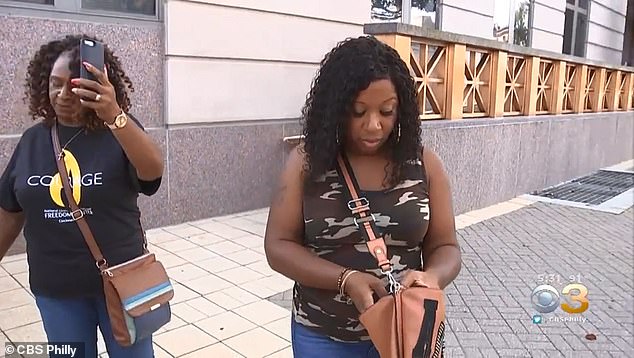 Sarpong’s real-life fiance was seen walking to the courtroom the same day. 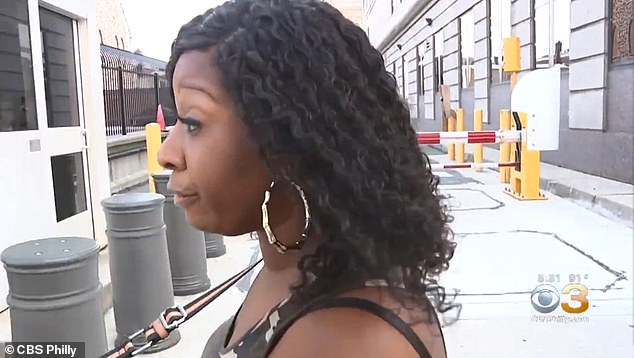 She threatened a local TV news crew on camera, saying: ‘You better get that camera out of my face’ while walking to or from the courthouse

Sarpong’s apparent real-life fiance was seen walking to the courtroom the same day.

‘You better get that camera out my face,’ she snapped at a local TV news crew.

Sarpong’s Instagram page is filled with pictures and videos of him showing off gold jewelry, Rolex watches, fancy dinners, and stacks of money in addition to high-end clothes, top-shelf liquor, and luxury cars, using hashtags like #RichN*ggaSh*t.

‘LivingHighLifeStyle… Let Them Hate #RichLifeStyle,’ he wrote in the caption of an August 13, 2018 photo.

‘I left my daughter for one minute to use the bathroom… now look what I came back and see,’ he wrote in the video caption.

She has been watching me for long,’ he continued. ‘I guess we might as well start smoking together from now on.’ 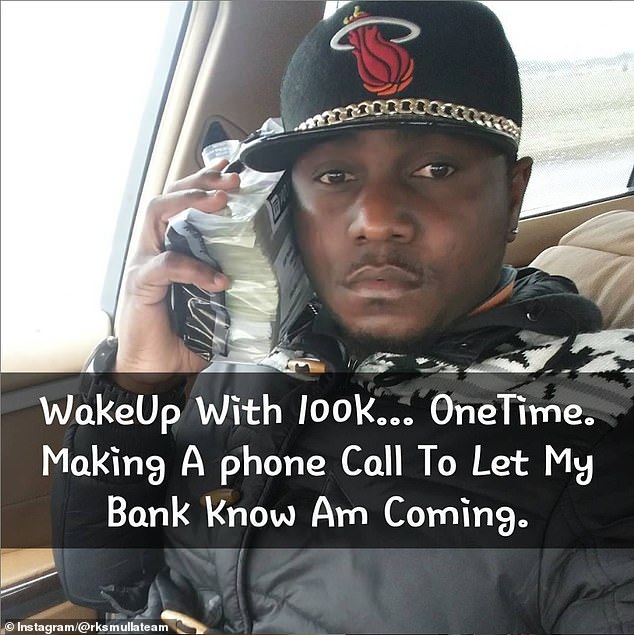 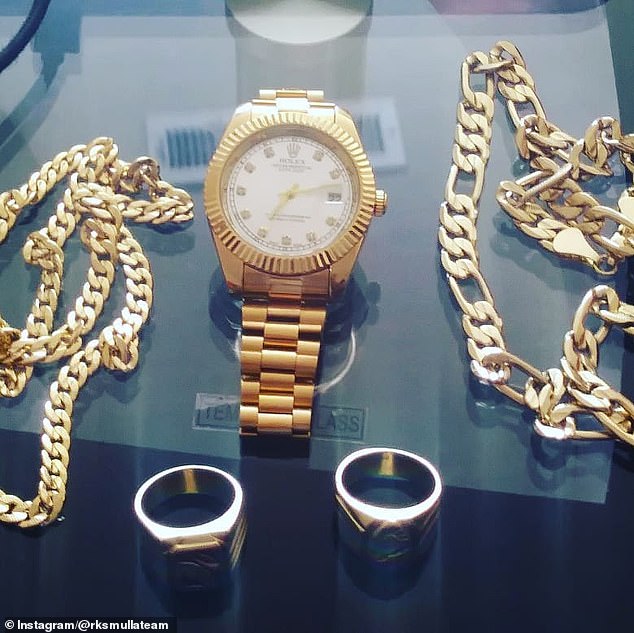 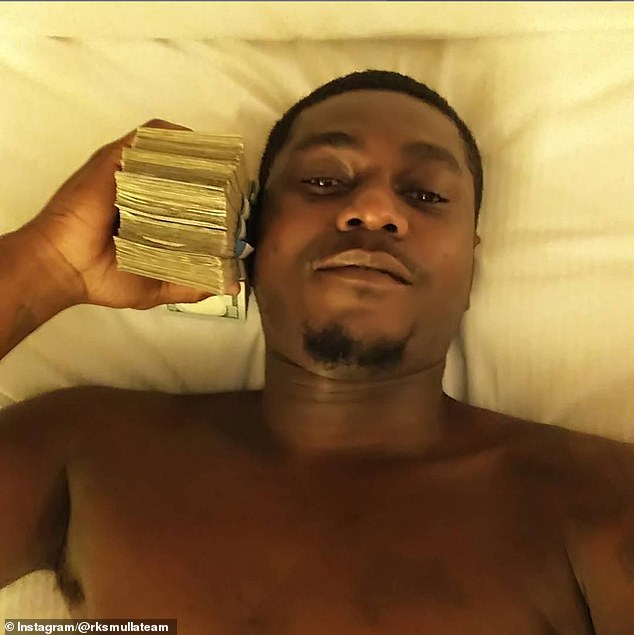 For the last three years, Sarpong conspired with three other men from Ghana to trick 30 women into wiring him money through several bank accounts under false pretenses

For the last three years, Sarpong conspired with three other men from Ghana to trick 30 women into wiring him money through several bank accounts under false pretenses, according to a criminal complaint filed at the U.S. District Court of New Jersey on Tuesday.

FBI agents said the group used fake or stolen identities and contacted their victims through dating websites including Plenty of Fish, OurTime.com, and Match.com, posing as U.S. military members stationed overseas in at least some instances.

‘They contacted victims through the dating websites and then pretended to strike up a romantic relationship with them, wooing them with words of love,’ FBI agent Dean J. DiPietro wrote in sworn testimony.

‘As part of their scheme, the co-conspirators also created numerous email accounts and Voice over Internet Protocol (hereafter “VoIP”) phone numbers, which they used to communicate with victims.’

Authorities said Sarpong and his crew laundered the money through New Jersey bank accounts and distributed it through co-conspirators in Ghana. 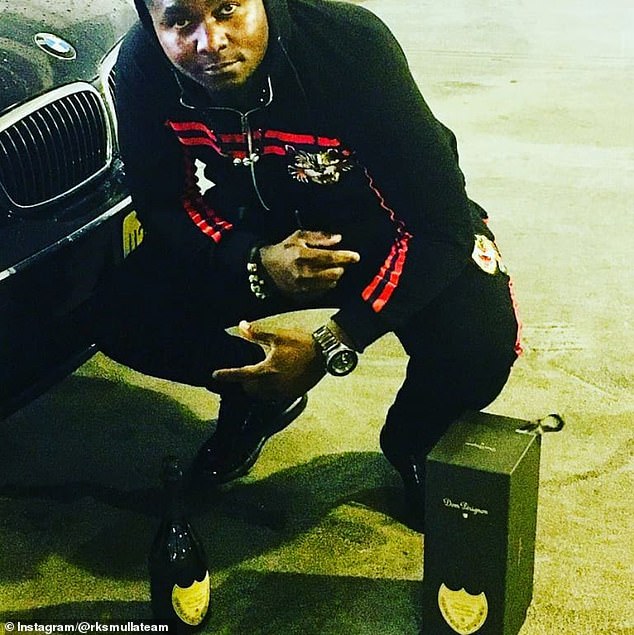 FBI agents said Sarpong’s group used fake or stolen identities and contacted their victims through dating websites including Plenty of Fish, OurTime.com and Match.com, posing as U.S. military members stationed overseas in at least some instances 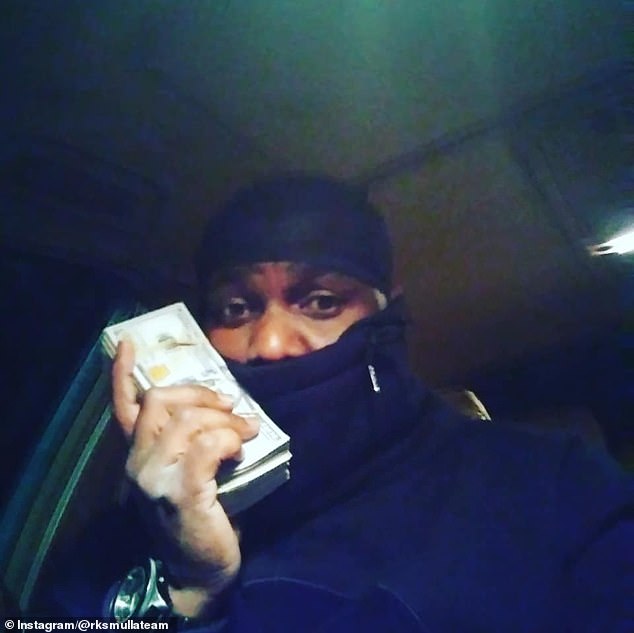 One of Sarpong’s alleged victims sent his group $93,710 before killing herself two days later

Court documents state: ‘Of the 30 victims identified to date, 27 victims sent approximately $823,386 directly to SARPONG, primarily by wiring monies directly to bank accounts controlled by SARPONG or by transferring monies directly to SARPONG through money transmit services,’ prosecutors claim in their complaint. ‘SARPONG received much of the fraudulently obtained proceeds via bank wire transfer, and sometimes bank counter deposit, into a myriad of bank accounts he established at several financial institutions.’

In May of 2018, one of Sarpong’s accomplices sent an email to a woman while pretending to be a diplomat named Alwin Rolf Lyss, prosecutors said.

The scammer told the victim his overseas unit had found millions in gold bars and that he was gifted with a box of them worth $12 million before asking the naive woman send him money to help him get the gold to the U.S.

Two days later, she committed suicide. The victim’s daughter told investigators her mother told her she was going to the airport to meet her mystery lover with the gold.

The FBI finally tracked down and arrested Sarpong on Wednesday. If convicted, he faces up to 20 years in prison.