Roberto Esquivel Cabrera, 54, a Mexican man with a prodigious penis said his member is preventing him from the job market. Cabrera has registered as disabled, claiming his 1.5-foot-long penis makes it simply impossible to keep a job.

“I cannot do anything, I cannot work, and I am disabled so I want authorities to declare me as a disabled person and give me support,” said Cabrera. 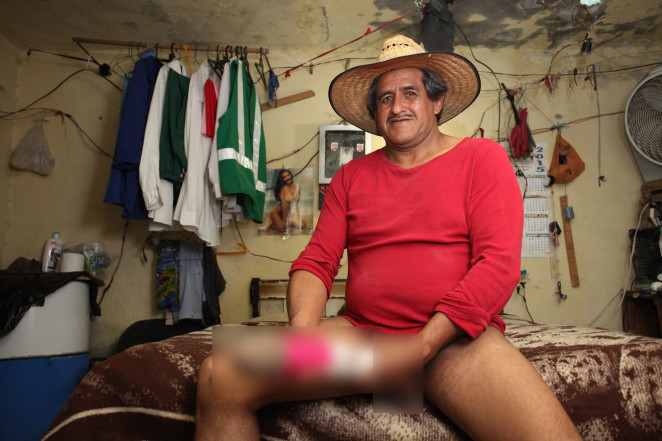 Cabrera said he cannot kneel down or wear a uniform because none fit him comfortably. As a result, he gets some funding for his disability but says it’s not enough. He relies mostly on food banks and scraps he can scavenge. Cabrera claims he is also forced to keep his manhood wrapped up in bandages because he constantly gets urinary tract infections.

He lives a secluded life, struggling to make friends and is unable to have romantic or sexual relationships. 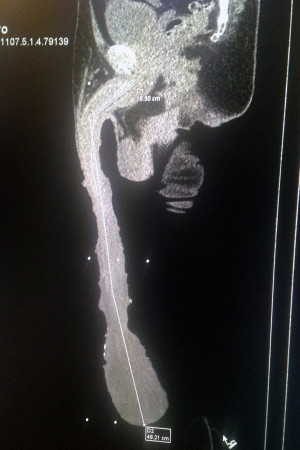 Doctors suggest he undergo a reduction surgery, but he has refused.

“He’d rather have a penis bigger than the rest of the people,” said Dr. Jesus David Salazar Gonzalez.

Cabrera has tried to get into the Guinness Book of Records, but they refused to recognize his “achievement” after doctors found that his member is mostly foreskin.

He did, however, get the title from the World Record Academy in 2015 after his penis was measured.

“I think I would make a lot of money over there,” he said.