In York, Nebraska, an elderly couple was arrested with 60 pounds of marijuana in their truck. The couple told officers that the drugs were meant to be Christmas presents. 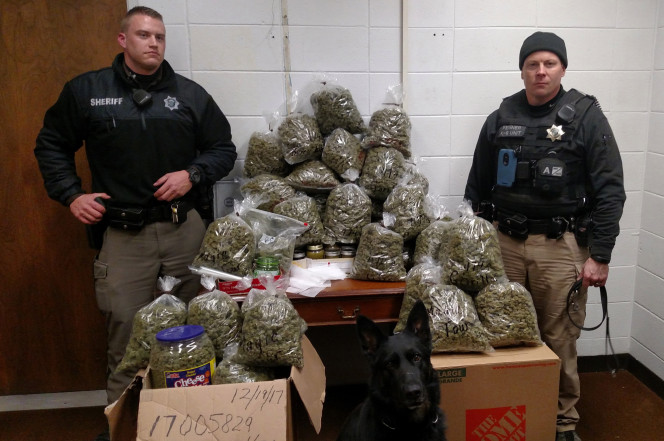 It was reported that the couple was arrested by the York County Sheriff’s Department after they were stopped for a traffic violation.

That is when officers found the bags of marijuana in the Toyota Tacoma driven by the 80-year-old man and 83-year-old woman. They said they were driving from California to Vermont.

They are now being held in York County jail on suspicion of felony drug charges.